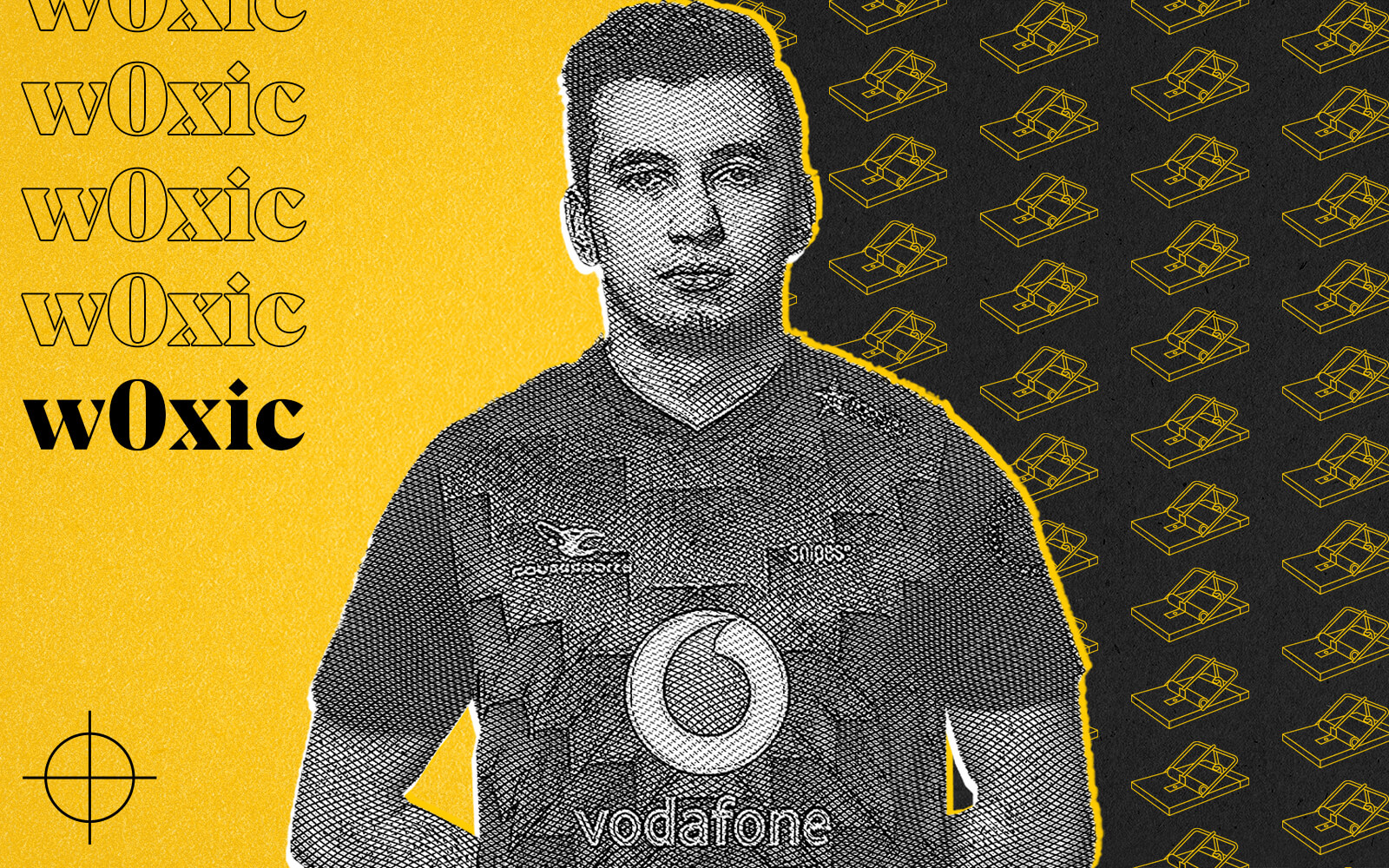 With a brand new sixth, I'm on the bench, I'm w0xic, I'm splitting off now.

With mouz' pretty horrendous form as of late, there was always going to be casualties. It's likely not going to the be the IGL, chrisJ is basically mouz at this point, ropz is a top 10 player and frozen is about 12 or something. So, it had to be w0xic, really.

The Turkish AWPer hasn't been great recently - though nobody on mouz has, in fairness. Most of them don't demand the big green gun and take it away from Mr Mouz himself, though, and it seems chrisJ will be back to xXSn1pErChRiZzXx once w0xic is replaced.

The obvious replacement would be bymas, the player mouz signed as their 'development' and 'sixth' player, which now just looks like a straight up lie. They signed w0xic's replacement right under the poor lad's nose.

There have been rumours of w0xic being toxic after internal issues were cited as being a large part of the reason, but this was quelled by neL who originally broke the story. Otherwise we wouldn't have needed to change the lyrics of the Britney Spears song.

All hail our Danish overlords (again)

Yay. Astralis are good again. We really missed this.

Weirdly, it turns out Bubzkji and es3tag are really, really good. Who could possibly have guessed that a roster with five good players would still be good. Honestly. It's crazy.

They smashed fnatic and Vitality back-to-back to book their spot in the playoffs at ESL One Cologne, joining... Sprout, who somehow bludgeoned their way past BIG and then OG to get into the playoffs via the Upper Bracket.

A team that just keeps looking impressive is Jason Lake's juggernaut. Complexity has the looks of a team that just doesn't give up, and 2-0'ing Na`Vi while not giving away more than 9 rounds in a map is title-contender material.

The biggest losers of ESL One Cologne were BIG, who went from top of the world to bottom of the pile in their own country, not least as they lost to fellow Nationalfünf Sprout. Maybe BIG aren't the best team in the world?

Other teams to go out in last were mousesports, who have sucked for a while, Heretics, who nobody expected to do too well, and MIBR, who we really thought for were going to win ESL One Cologne. 2016.

If anyone thought Chaos would descend into obscurity after momentarily peaking against MIBR, they were dead wrong.

steel's troops have only gone one way, and that is the opposite of MIBR. At ESL One Cologne, Chaos have slipped past both FURIA and 100T in tight games to progress to the playoffs. Now, if only they could attend the Major...

In the other group, zews has seemingly put together a working gameplan for Evil Geniuses. Based on their 2-0 victory against Team Liquid, we'd guess that it's called "Ethan go kill". The youngster produced a 54-26 showing in two maps and rocks a 1.55 rating for the overall tournament.

EG has now won 15 maps in a row and looks like the best team in NA by a long way.

They have taken that crown from FURIA, whom seem to be struggling a bit as of late. Yes, arT is still on his bullshit, but it seems like more teams are learning to cope with their relentless aggression.

Gen.G couldn't stop them however, so they'll have another chance at ESL One Cologne, where they face off against 100T for the chance to play EG in the semifinals.

Headshots to keep the bracket pure