Who cares if ZywOo, s1mple or dev1ce had the most MVPs of 2019? This is the only real top 20 list you need this year.

At TLDR, there’s nothing we appreciate more than mugging off the French. Whilst shox is French, he managed to swindle Vitality out of a bunch of cash to buy him out, stop his fellow countryman kioShima from getting into a team, made ZywOo’s job maybe even slightly harder than before, and turned G2 into an international team as they used the money to sign non-French players.

shox, truly, is an honorary Englishman.

We don’t really know what Stewie2k does, to be honest, but he came pretty high up in ‘Play of the Decade’ for a pretty average AWP hold. From that, we deduced that we clearly don’t have a high enough IQ, or enough Gym Badges, to understand what is happening, so we assume we’re missing something amazing in his 1.05 HLTV rating.

xsepower managed to get into a top 15 team - and carry them on his back - despite having more Glock kills in his career than both M4’s and the AUG put together. That level of dedication to not using the M4 is something we respect - together, we can finally phase that 88-in-4-doing, not-one-hit-kill-headshotting rubbish out of the game entirely.

He has nearly 7500 kills with the AWP in his career, and under 750 with the second most used weapon - his trusty sidearm, the P250. Not even a rifle. They call him the Russian JDM.

BnTeT hasn’t had his best year as a player, but we’re just so happy for him that he’s left TYLOO and will never have to play in the Renegad ...sorry, Asian Minor ever again. He’ll be playing in a much higher standard, the much esteemed NA Minor, where teams like Cloud9 get to… not make it to.

We're sure he won't have to go absolutely berserk to ever win a game on Gen.G, not with great players like daps and s0m around.

Speaking of which, even aizyesque can't begrudge valde too much for leaving North. He just seems so happy now. His Twitter account is full of pictures of him smiling and talking to his new teammates, and he generally just seems to be a bit happier. He's been great all year and now just seems to be in a better place outside the server, which makes it a great year for him.

aizyesque, on the other hand, has been eating ice cream straight out of the tub, watching 'The Notebook' and going through tissues like a 14 year old boy who just discovered how to turn SafeSearch off.

The God of Danish CS had a great individual year, in that he led his team to success and got a fat contract with the terribly named MAD Lions. One can only assume they were named as such to mock North, their Danish counterparts who also have a lion as a logo.

The reason he's on this list, however, is that we've never seen a player turn around from a meme to a highly respected player for doing the exact same thing that they got memed for before. His ability to lead, but not to frag, is the same as it always was, but his reputation and bank balance has gone through the roof this year.

There's no greater joy in video games than being able to play with your friends. That's why suNny must have had a great 2019, because he went from winning games with mouz to playing with his good friends on ENCE. He claims ENCE is the only team where he would be happy; we've finally found that one pro gamer that is happy losing.

The signing of suNny to ENCE was controversial, and a lot of it was because of Aerial's comments.

"With Aleksib we just tried to play default and did the same executes all over again, so that's how it's different with allu."

Look, he's clearly wrong and he's screwed it up a bit, but he's also triggered an entire country and half the Counter-Strike scene by insulting the poster boy of Finnish CS, and that's something we enjoy at TLDR.

He also got his first MVP this year, in Madrid, but that doesn't really matter compared to the alpha male move of making everyone in Finland angry.

Once again, though individually the year hasn't been amazing for the American sniper, he pulled out an absolutely bonkers tweet that we haven't fully recovered from.

He "KNOWS" that next year he'll be in the top 20 HLTV list even though he "could give a shit" (that means you do care, by the way, Josh) about that type of accolade. If that's the case, then while we weren't looking, he must have been insane all 2019, so naturally he is one of our top 20 players this year.

NaTo went from a YouTuber-cum-redditor to a guy who seemingly everybody wants on a team. He left Sprout and has since been without a team, but stood in for mousesports and ended up looking pretty solid - even going on to win the tournament he stood in at.

The insane PR boost he's garnered this year is unlike anything we've ever seen, and even if his play itself hasn't been good enough for top 20, he has the reputation and hype of one.

XANTARES excellent performance has meant he has been able to keep his place in a hotly contested spot on the German team BIG, despite the fact he barely even speaks German. Now that's pretty damn wunderbar.

He came into the year with the reputation as an onliner, and it's fair to say he's not considered an onliner any more - definitely not because he's stopped performing online as well.

Having to put up with smooya for any amount of time deserves a spot on the top 20, for our money though.

You might be forgiven for not knowing who Kinqie is, if you're a more casual fan, so let us paint you a picture.

First off, the guys name is Kinqie, as in, kinky. That's a dope name, because it essentially suggests he's going to ...mess you up in ways other players can't even consider.

Secondly, he was part of one of the funnest stories of the year, as DreamEaters - now Hard Legion - somehow made it to the Challenger's Stage of the Major despite almost nobody backing them up as even a real team, and we really love underdog stories.

The type of player with a rubbish rating who shows up in the moments that matter is the most alpha of all, and Kinqie has the name of a king to go with it.

Brehze is the front line warrior in the war against boring Counter-Strike. He's the man who, when every other NA player faltered, stepped up to the plate and attempted over and over again to knock Astralis out of the park.

He might not always be winning, but with Ethan, CeRq and stanislaw choking against the Danes, what chance did he have? He's doing his best to keep Astralis away from the top, and for that he deserves a top 10 spot.

Reviving one dead scene is hard enough, but part-British-part-Polish sniper mantuu is doing two at once. Well, calling the UK scene dead would insinuate that it was ever alive, so he's less necromancer of the scene, and more creator of it.

He's only just been brought to the attention of most, but he's been impressive in pretty much every game with OG - at least, impressive for an Englishman. Maybe he can even bring VP back to Poland. Is that asking too much?

There's no point having skill and talent if you don't have the attitude and application. You can find loads of players who have the ability to get loads of kills, but you can't find many people who can keep spirits high in a team with three other American players, including stanislaw.

That's what makes tarik so damn good - he keeps the mood high, morale up and the mentality elite. Kills, clutches, gamesense? All irrelevant in comparison to the good vibes tarik brings to the team.

Forget anything you've seen from kennyS this year. The fact that he's been demoted to being a middle of the pack AWPer who's barely even a star on his team is not important. What is important is his alpha male, unwavering and totally unfounded arrogance.

When asked "Do you consider [being compared to ZywOo] as a compliment?" his response was absolute gold.

His three word response, was "For him? Yeah."

Talking of French players better than ZywOo, we have apEX. Yeah, it's true, ZywOo gets all the glory, all the kills, all the hype, but you can't win 1v3s without one or two of your other teammates getting a kill or two.

apEX is able to occasionally get a few kills to stop ZywOo having to literally 1v5, but also, importantly, he runs in first to make space for the teenager, or for ALEX to get his one kill to then set ZywOo up for the clutch. Truly, apEx is the hard carry.

ZywOo is just a system player, guys, and apEX is the one who sets him up for all those miraculous clutches he has to pull off. Obviously.

karrigan took one of the biggest W's of the year, when he got kicked from FaZe and then went on to outrank them with mousesports. Not only that, but FaZe fell apart when the lunatic took over the asylum, showing just how valuable the loveable Dane was.

As if that wasn't enough for him to be on this list, he then dropped a nuclear banger on Twitter, quoting his old coach who suggested he mightn't be so good on mousesports.

Either way, that's a level of W that's almost impossible to reach - and he deserves it this year, after the colossal L that was the Major final in Boston. Now, he can blame that NiKo fraud.

Still made a Major final? Check.

JAME went from some weirdly tall, gangly Russian Jesus who saves too much, to slick hard-carry AWPer who still saves way too much but now it's kind of lovable and fun.

Getting to a Major final is a huge achievement for any non-Astralis player, not least a guy who was a walking meme before the whole thing. People thought AVANGAR had absolutely no chance, and JAME and his rogue hipster ways proved the world wrong.

They thought JAME time was a meme, but it turned out the whole Major playoffs was JAME time.

That device guy was apparently pretty good this year, if you believe the Astralis fans over at HLTV. We know they're Astralis fans and not just Danes, because if they were Danes, they'd have more respect for the Dane with the best win rate of the year.

He played two-thirds of a series, won the series and subsequently a tournament, giving him a 150% win rate in best of three series' in 2019. No other player can boast a win rate even close to that, not even Astralis players with their two Majors, not even ZywOo with his multiple (stolen from apEX) MVPs, and certainly not s1mple, who hasn't been the same since Zeus retired.

He's also the only man who doesn't look absurd with a man bun, which is more than enough for the #1 2019 spot in itself. 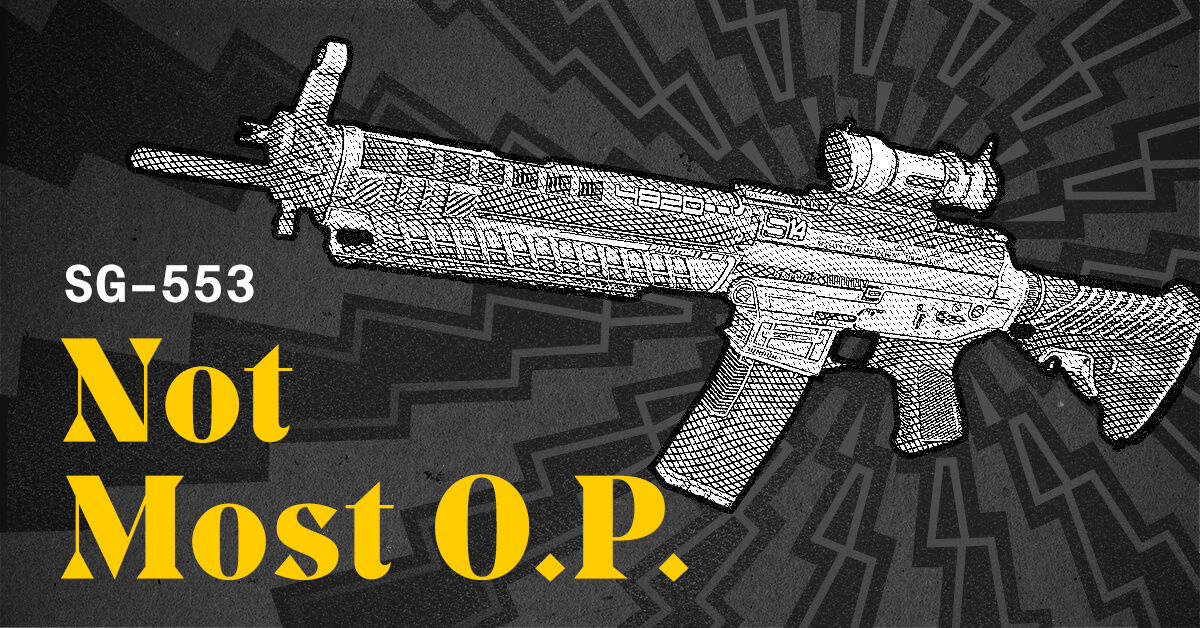 Can you guess which gun was most OP upon its introduction? 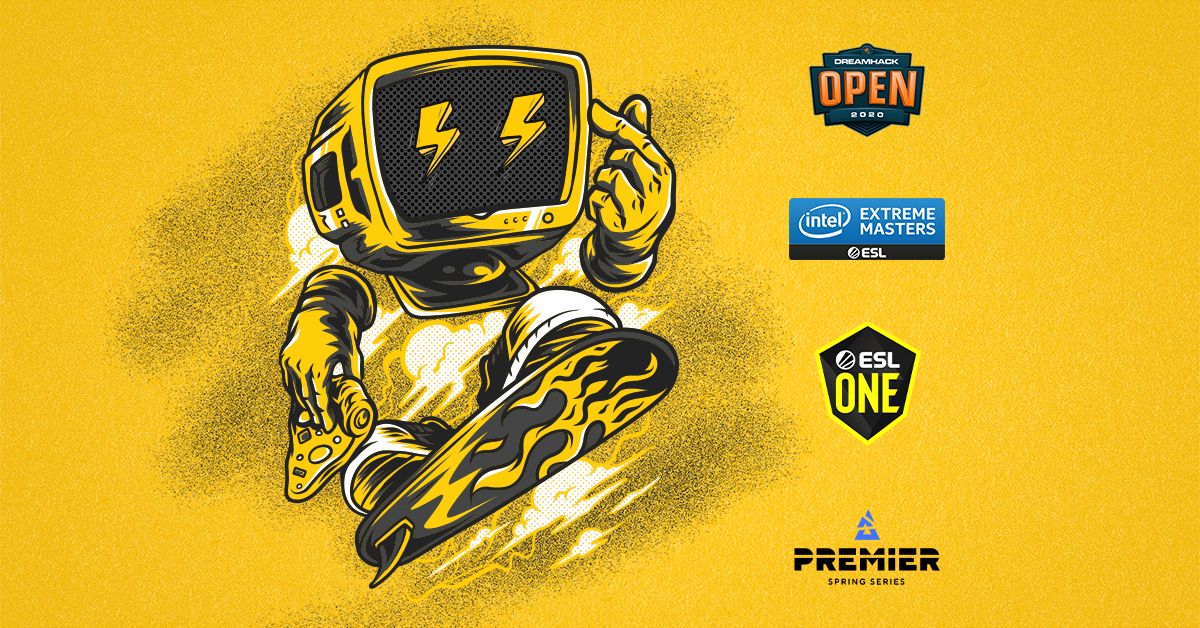 The only list you need to find the CS:GO events to watch this Winter. Brought to you by tl;dr.