It's been a slow weekend, but then MIBR happened. The team will need to find three good Brazilian players and a coach, something they haven’t had since about 2018.

The end of the MIBR era 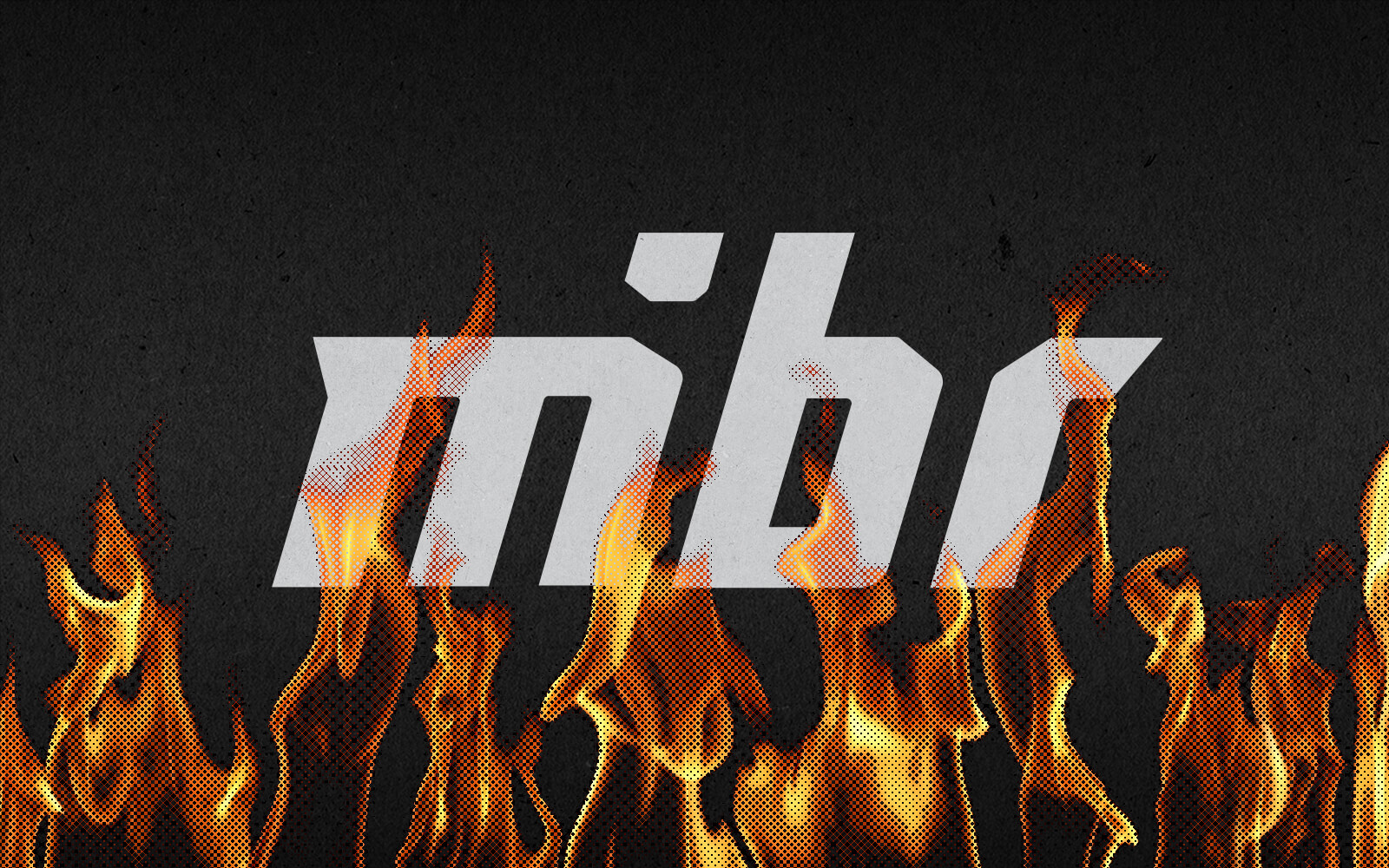 Which was the better cheating scandal that cause to someone leaving MIBR, dead, or fnx (allegedly)?

Let's take a step back. fer, TACO and dead have all left MIBR. Bombshell. And the rascals went and did it late in the evening, forcing us to change the whole newsletter. It's like they don't even care about us.

In fact, they care about us so little, FalleN announced he was leaving just before we pressed send (!).

It's of course, not the first time TACO has left MIBR, but for fer this is the end of an era. While it'll be weird seeing FalleN without any of the original LG players, we all realise it's time to move on. Though apparently, FalleN doesn't, because TACO reckons it was all the organisation's choice.

Yeah, mate, can't imagine why the people who pay your wages would go over your heads to cut some of the players who are losing to Wisla Krakow while you claim everything is okay.

It's alright though. It's not like the players are going to come outright and say "I do not agree with the changes in the team" just cause you went over their heads.

The question therefore is, who do they pick up? A Brazilian friend of ours, Rafael Londe, helped us understand what on earth MIBR players were on about when they tweeted at Gaules. The TLDR is, Gaules talked some smack about how the MIBR players have no direction, and they ain't happy.

Anyway, he believes Biguzera is the player MIBR should be trying to pick up. We don't know much about him, but his stats are solid and at this point, trying to convince proven Brazilian players to join might be tough. There's always felps, again. Third time lucky. Surely?

They could go international, but you're called 'Made in Brazil', so you really can't just pick up some random Danish players. Also, kNgV- doesn't speak English, apparently. Other than "Prove it or I'll kill you".

Anyway, now they've kicked TACO, we wonder if their CSPPA ranking might fall due to bitterness. Well, that, and the hilariously bad results. One of the two.

daps leaves, someone hold stanislaw down

11No, MIBR daps is not happening.

No, C9 daps is not happening. We think.

No, stanislaw is not replacing daps for the billionth time. Well, we can't rule that one out, because it always seems to happen.

But, Gen.G are replacing daps. He, as every American player seems to do when they leave, dropped some vague comments about 'issues' in the team instead of just saying 'we're actually just not very good KEKW'.

Gen.G have been pretty hit and miss recently, and daps unfortunately has a reputation as something of a Tony Pulis figure in NA CS. He'll fix your crap team and turn them into a good team, but he can't transform straw into gold like Rumpelstiltskin. That makes him suspect #1.

At least, we think that's the reason he was cut. Maybe it was because he was the odd one out. You know... really look at the team... because he's the only... ginger one*. Yeah. That's it.*

As of yet, there's no rumours as to who is being picked up. TACO or fer will almost certainly be linked at some point, but we'd be interested to see if any of the ex-C9 players would be interested, especially JT as the new IGL.

Actually, given the 'turns crap team into a good one' Tony Pulis-esque thing, maybe MIBR daps makes a lot of sense.

ESL Pro League: To Score or To Bore? 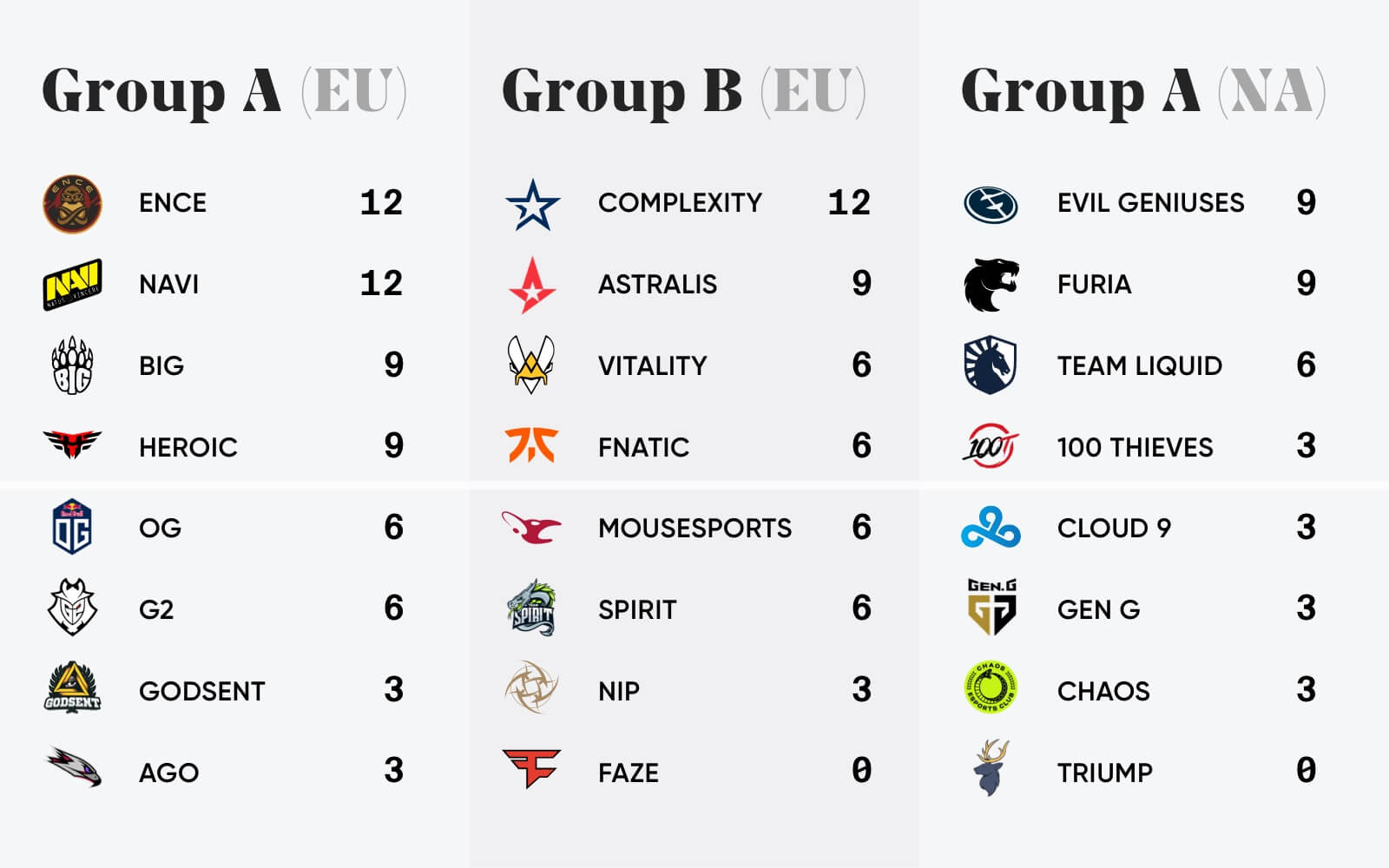 Over in MIBR's nightmare region, things are looking pretty interesting when it comes to EPL. Although some of the usual faces take to the top of the two groups, like Astralis, Vitality, BIG and Na'Vi, a few surprises are to be found as well.

Like ENCE for example, who've managed to well, not be absolutely disastrous and place themselves second, for now. Heroic also showed they've recovered from the entire coach kerfuffle, closing off Group A's top four so far.

Over in Group B, FaZe have been about as disappointing as we've been to our parents. With zero games won so far, it would almost start to look like letting a headshot machine IGL isn't the best idea in the world. Props for trying though, someone had to.

Well, not really, but whatever helps you sleep at night. The biggest surprise there would also be Complexity, who are once again confirming their status of Juggernaut. If only there was a Colossus to take them on...

We're going to be honest here, [EPL in NA](EPL in NA) has been pretty boring so far. All the favourite teams - which we know is subjective, but we don't think you'll mind us choosing EG, FURIA, Liquid and 100T - are looking like they will get out of the group, with Cloud9 trailing just behind.

Of course there is still time for the other teams to catch up, but there is also still plenty of time for the top four to continue their good work. It's so boring even our prediction is a fifty-fifty.