Heroic claims #1 in the world, for now 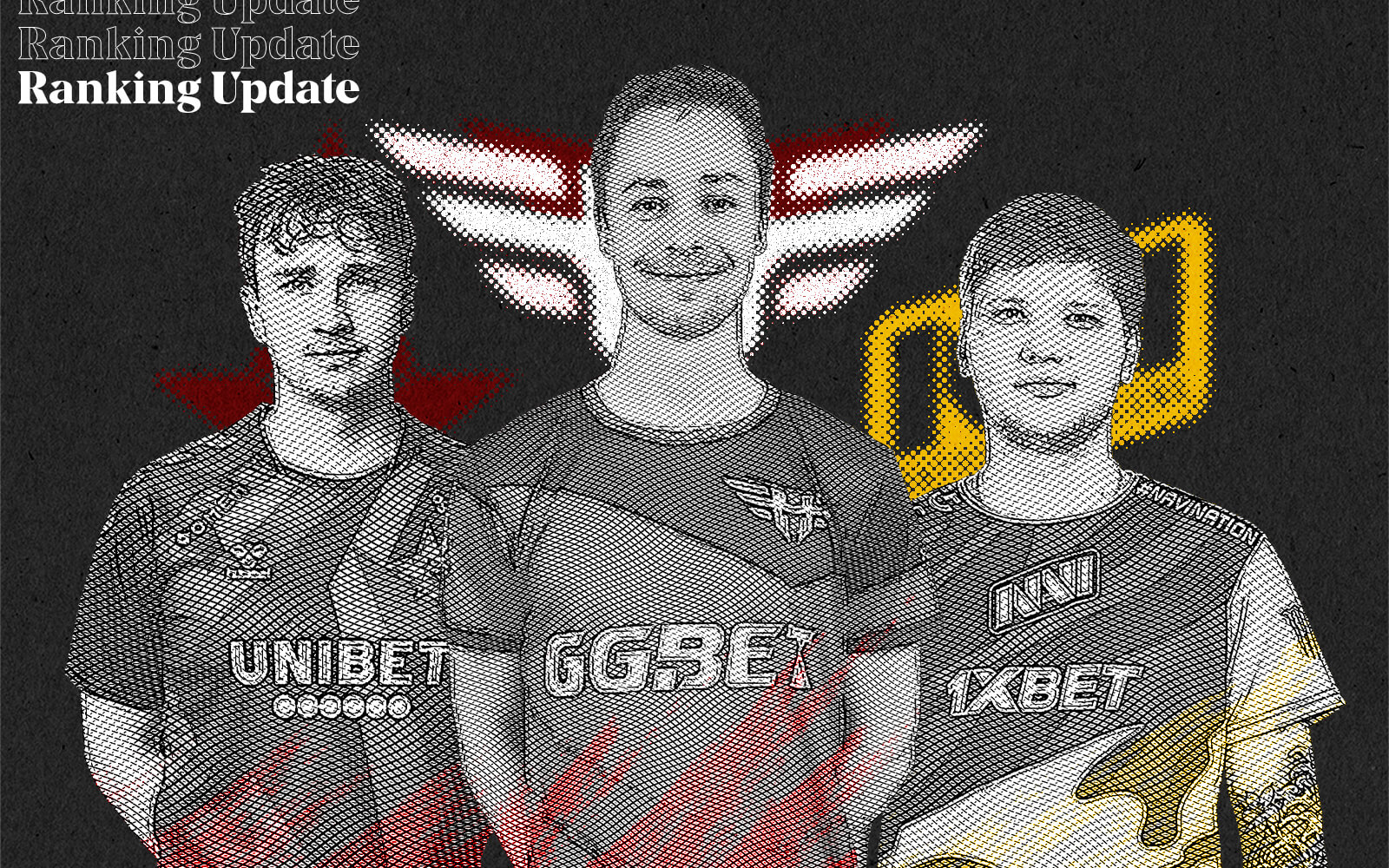 The Danes from Heroic have managed to outdo the other Danes, and the other other Danes - that one team that's starts with an N and ends in orth - along with the rest of the Counter-Strike world, as they grabbed the first spot in the most recent HLTV Rankings.

One person who was extremely happy with this news was Heroic's leader, cadiaN, who made sure to express his gratitude and happiness multiple times on his socials. And you kind of have to hand it to him, with all the sh- eh stuff he's been through: FPX pulling out after es3tag's move to Heroic, having to play in NA, being on North - you start to feel like he deserves it.

It also makes this video a whole different level of wholesome.

But don't get too excited yet, as we saw with BIG, those #1 in the world positions are fragile. With losses against both FaZe and BIG in ESL One New York, Heroic crashed out in the groups, making their position far from cemented.

Speaking of Danes and rankings, there's gotta be something in their water, as there are currently twelve Danish players in the top two - with Xyp9x coming back to Astralis - and Europe has been doing good overall as well, as they occupy all but one spot in the top six, and the entire top three.

Maybe we need a LAN tournament, say somewhere in Europe - like Germany for example - to decide who's best in 2020?

The Colossus and the bit-part contenders

When HenryG called his new Cloud9 line-up a 'colossus', we rolled our eyes and chuckled. But when you compare them to half a MIBR roster, half a Dignitas roster, 80% of MAD Lions and Gen.G, and the full roster of Envy, he might have had a point.

Flashpoint 2 has been announced with a $1m prize pool - which, by the way is less than ALEX's contract is worth. It's barely even worth winning for him. The list of teams is... well it could be stronger, especially if any of the teams had their full line-up.

FPX dropped out, unsurprisingly. Who would have guessed giving your new GM one month to build a good team would be a bad idea?

What does all of it mean? It means, that if North do qualify for, or get invited to, FLASHPOINT, they have a good chance of winning it. Hell, we're thinking of putting together a team and trying in the open qualifiers.

Anyway, back to Cloud9. They've found a fourth piece of Flashpoint Exodia by... re-signing floppy. The guy who turned them down originally to stay with his mates. $eems an odd thing for him to renege on, but he's on comfortably the best roster in the tournament now, instead of being on no org at all.

Maybe it was just odd for him to not sign in the first place.

Who's going to be the 5th? Well we're not sure, but Astralis does have two players sitting on the bench, that would look pretty tasty for someone with a large chequebook and a championship winning mentality. Just saying.

Why floppy made it to main roster

Want to know more about floppy's style and how he would be integrated in to the new Cloud9 lineup? We'll spare the words (this time) since Launders already did the job for us.

Digital jungle where dreams are made of

If you've been on G2, or their owner, Ocelote's Twitter account, you probably wouldn't know that they're currently defecating the bed in IEM New York - because they're constantly tweeting memes you probably don't understand about the League of Legends World Championship.

It's hard to blame them for trying to shift focus - hell, we're not even sure G2 know they're in a CS:GO tournament, as they're yet to show up.

Well... in their defence, they've come pretty close in all four maps, but they haven't won any of them. A 2-0 loss to Fnatic followed an opening 2-0 loss to Complexity and left them packing their bags and flying back hom- ah, we're still not used to this online thing.

OG joined Vitality in the semi-finals after taking top spot by beating FaZe, with Fnatic, Complexity, BIG and FaZe duking it out for the remaining two spots. FaZe are as inconsistent as ever, with Fnatic still seemingly desperate for LAN to come back to show their true form.

BIG, of course, are usually the opposite to that.

The North American groups look exactly as you'd expect, except maybe the New American Whalers who were 3rd in Group A, though a loss to Evil Geniuses might leave them below that. They beat ImPerium in a clash involving some of the weirdest name players you've ever seen.

As the prophecy (unfortunately) foretold