Return to LAN-protocols are in development, nawwk is back for NiP and some classic NA disrespect. 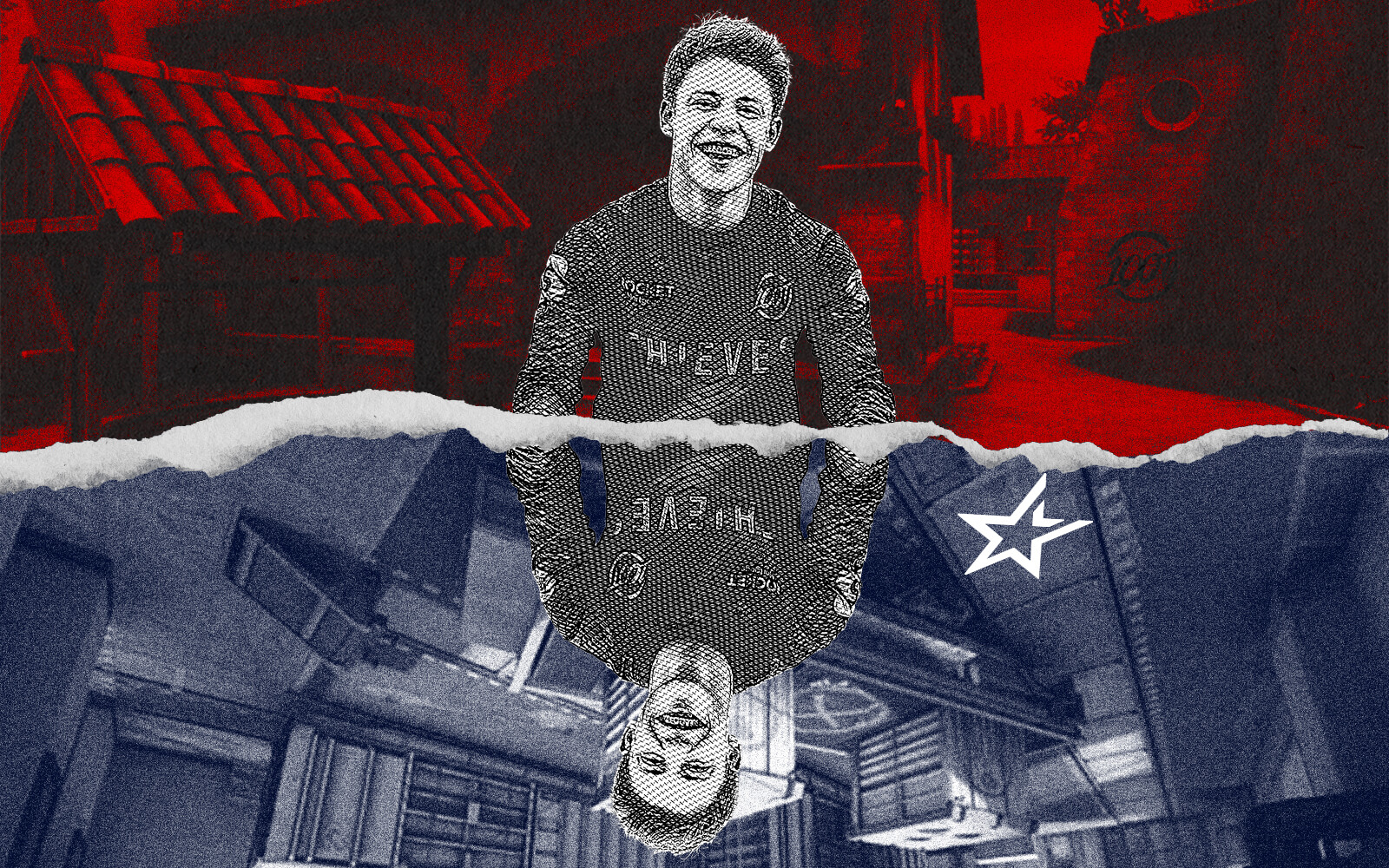 They say it takes a thief to catch a thief - and taking jks from 100 Thieves might be the steal of the year.

While Jason Lake has been pretty unlucky, there always seems to be some silver lining when clouds are grey - hell, this one might be a cloud lining on a whole block of silver. If he'd have known he could get jks to replace oBo, he might have just kicked him.

He certainly doesn't seem too stressed about the situation, smoking a cigar, reading dbltap (and hopefully a certain newsletter) and drinking champagne in a hot tub... that's certainly a way we'd like to celebrate a Friday. Minus the champagne - ours is a gin and tonic, if you're reading, Jason.

We'd like to think he does read the TLDR newsletter, half-naked in a hot t- you know what, never mind.

If Complexity aren't signing jks, then SPUNJ might have to return his new Complexity merch that he bought. He's probably going to need a new team to support either way, as 100T don't appear to be bothered about CSGO any more.

They've already lost a coach, and DeKay mentions that Jkaem might be on his way too. They're not even any good at other games, it seems. The skeptic in us thinks they just wanted the Aussie fanbase to buy their real product - clothes.

Sorry, what are we talking about? That's not skeptical at all.

It's that pesky cousin again 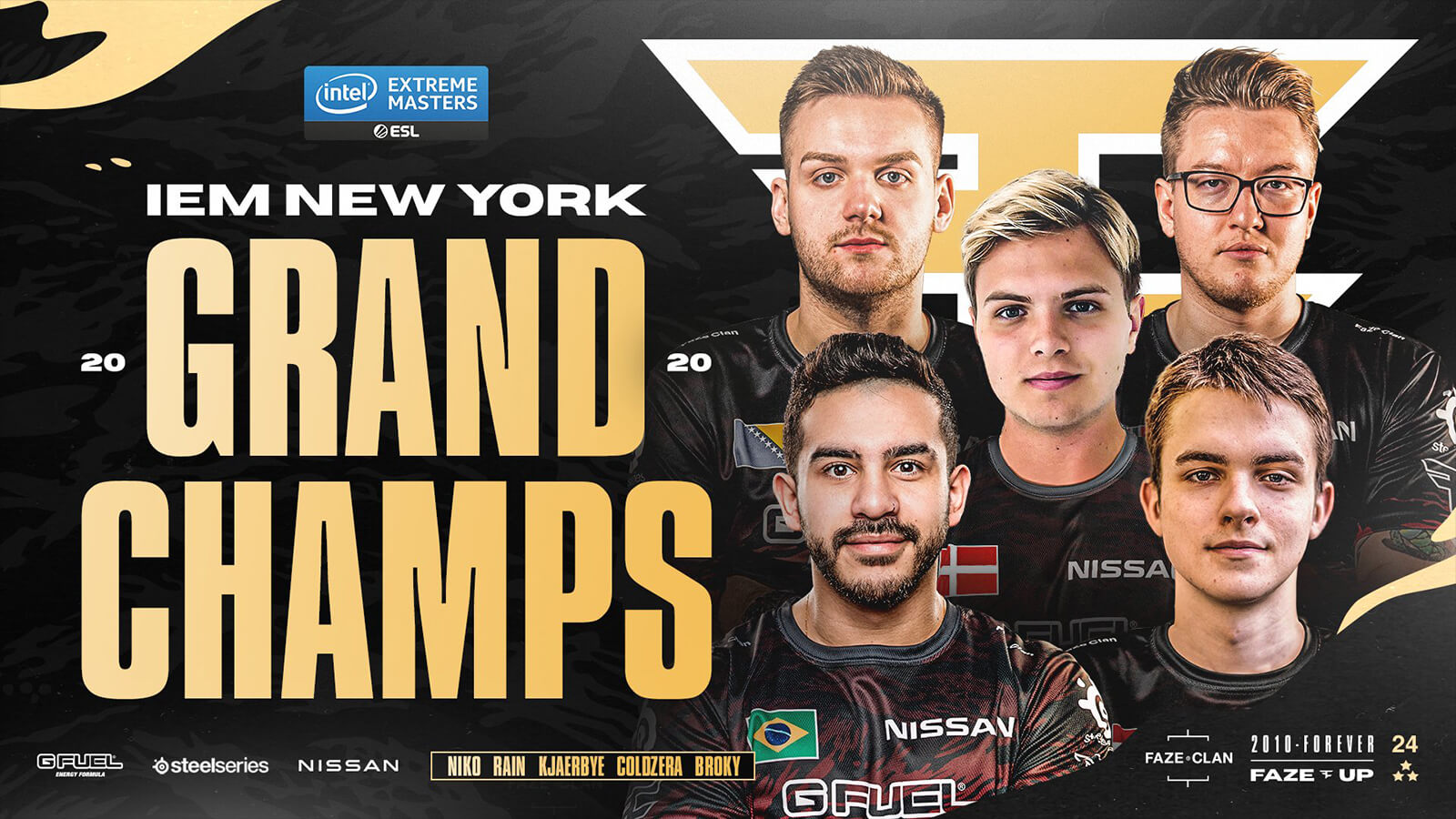 You know that movie trope in literally every Disney sports movie ever? Basically the underdog player  does one training montage with some inspirational music and then he makes it to nationals/regionals/finals/playoffs/whatever the writers think of at that moment.

Well, this Grand Final was just like that, except both teams were underdogs. Neither of them are even in the Top 10 of the HLTV Rankings (until later today of course).  OG managed to make it interesting in the first map, going to overtime, but eventually losing 20-22 against NiKo Clan, and then finally being their usual self by disappointing everyone in two straight maps.

16-5 and 16-11 aren't really scorelines that'll make you bite your nails, and it's made worse by the fact that none of the OG players even managed a 1.00+ rating over the entire Bo5. Which - as Kjaerbye quickly pointed out at the end of the match - makes this tweet by NBK about as lasting as a glass of milk left outside on a hot summer's day. Natural Born Karma, Schmitt.

As we hinted at earlier on, NiKo was quite the opposite of OG however. With a 1.24 rating over the three maps played, and a 1.26 impact rating, we can confidentely say it was ez katka for our favourite Bosnian - sorry huNter.

And with that, Kjaerbye becomes the 2nd ex-North player to earn more money than his whole former team put together, in the last year.

But wait, there's (much) more

Yeah, well 'they' were wrong. Fools. Those delightful human beings at DreamHack have only gone and given us more bloody Counter-Strike, and the only sacrifice was aizyesque's services for a few weeks.

It's an RMR event so this one has more weight behind it than most events - so if you've been skimping on watching online CS for a while you might want to tune in for this one.

Group A is ridiculously stacked, with OG, fnatic, Vitality and mousesports all in one group. Knowing OG, they'll top that group easily and then get 2-0'd in quarters, and knowing mousesports they'll fail to get double figures in any map, somehow. Either that, or they'll win the tournament.

Group B is the group we're calling 'sorry, ENDPOINT'. They've got to contend with Astralis and Heroic, as well as G2 - though that's nowhere near the death sentence it was a few months ago. In fact, maybe this group should be 'sorry G2', 'cause ENDPOINT are probably better right now.

FaZe come off the back of a crazy tournament win to lead a group with GODSENT, BIG and sAw. They wouldn't, would they..? sAw, in case you're unaware, is not some chubby guy on a bike giving you horrible puzzles, it's actually MUTiRiS' team.

Ah, Group D. The D stands for death. Death of anyone who dares step in North's path, of course. They're locked in for number one, with ENCE, NiP and Sprout duking it out for second place. Probably.