There's a story so crazy in today's newsletter that you won't believe unless you read it. It involves Bubzkji as the CEO of a gaming organization, fake match-logs and someone that's VERY imaginative. 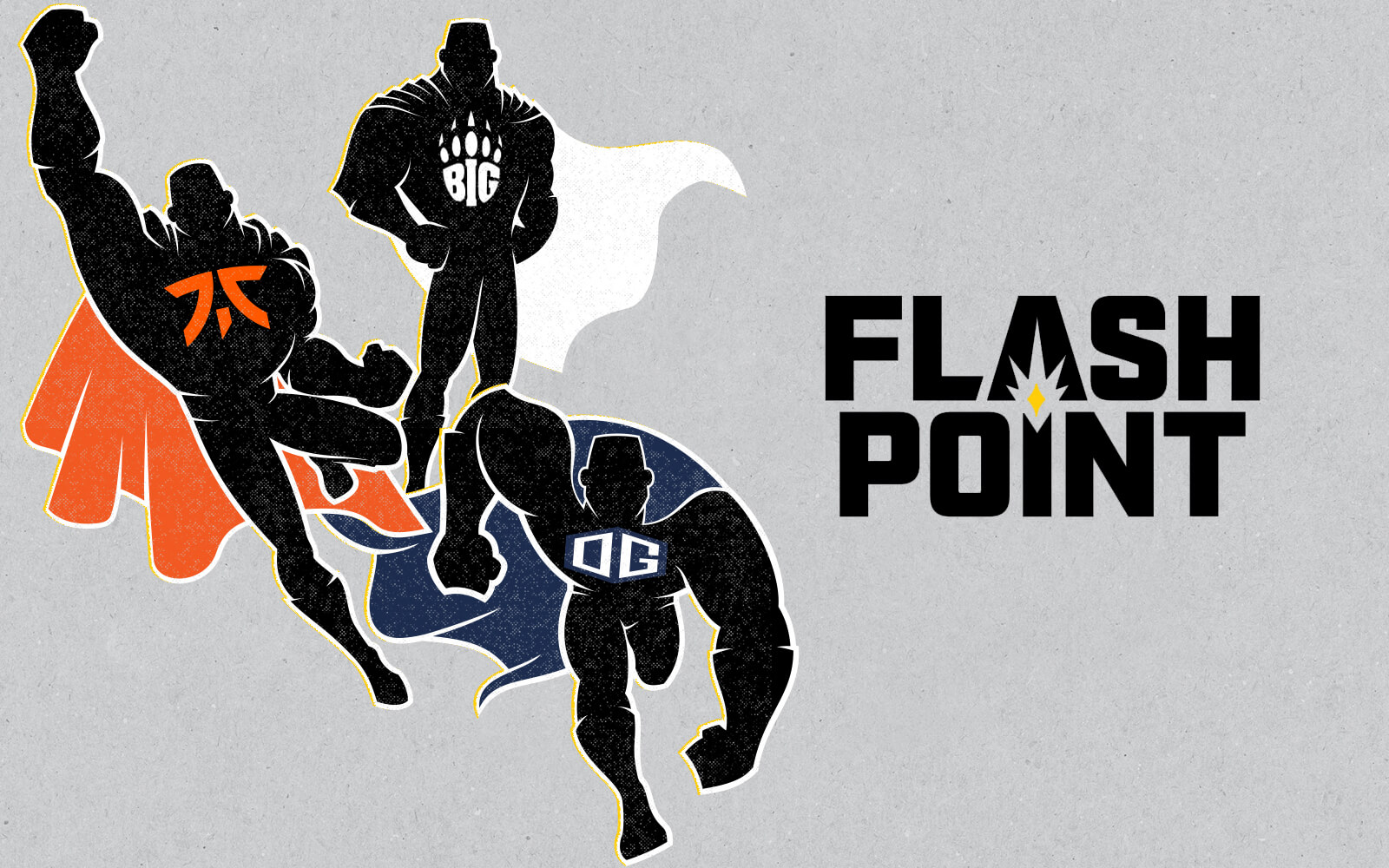 Who said sequels can never be good? Because they were probably right. With Season 2 of Flashpoint having been announced,  we finally have enough material to make Thorin block us. Again.

BIG, Fnatic and OG have been invited to beef up the competition, which they do nicely. They are also the only top 20 representatives in the league, as well, half their partnered teams don't even have rosters.

There ARE silver linings however, and we honestly think Flashpoint has a refreshing take on CS:GO tournaments, so we'll cut them some slack.

For one, Cloud 9 are going to debut their fresh and star-studded new roster, and MAD Lions and Dignitas are sporting new players as well. We can't wait to see HenryG's creation, and if H4RR3 can get f0rest out of his ELO-jail, then we're all for it.

Needless to say that we're excited to see these new rosters finally in action. We know at least one of them has to bomb out, but who?

There's also one more wildcard. With VP back in their AVANGAR era form (tl;dr - they haven't lost a game since September) there's no way you can't be excited to hopefully see the least amount of JAME time moments from the Russian speaking mix.

In actuality, roster moves galore as it is. With the Major pushed back indefinitely, and teams now realizing that they can start making changes and try to find the right combination, the rumours are flying everywhere.

Don't get us wrong, we aren't complaining at all, in fact we love ourselves a good rumour and a surprise roster move. Gives us something to enjoy during these dark times.

There has already been plenty of movement outside of HenryG assembling his new team. The prodigal son, jkaem, is returning home Norway where he'll be playing for Apeks, while Python is going to Heretics to fill the space left by Nivera's transfer to Vitality. Ex-Secret players and flameZ and rigoN also join c0ntact ahead of Flashpoint 2. And that's just what's been confirmed so far.

If you start navigating the ocean of rumours and speculations, there's plenty bounty to be found, eh yarr matey? Rumours suggest Liazz is going to Gen.G, AZR has said he's open to a European move, and FPX are said to be in the process of acquiring GODSENT's roster. Maybe this time they'll get a roster.

But do remember these waters can be treacherous, as things don't always turn out the way you want them. AcilioN for example, is set to move back to the roster he left for MAD Lions back in March, Copenhagen Flames. Back in the day, we said the following on the subject:

"The guy did a pretty bang-up job with Copenhagen Flames, but he's not exactly a massive upgrade on HUNDEN. At least we don't think so, but we might end up looking stupid."

Yeah, we ended up not looking all that stupid after all, which is nice for a change.

You won't believe your eyes when you read this

If you thought 2020 craziness had peaked, then think again.

From orange blobs running a country, to a virus locking us all indoors - which as it turns out isn't every gamers dream - we've now got one more crazy thing to add to the list

A "team" under the name of NOREG, supposedly from the Nordic countries, has been faking their existence for the last few weeks on Twitter. They started off pretty slow, making up fake players and running a fake event. But as the creator(s) realized that no one really paid attention, they just went full ham.

It started off in the small town of "faking the death of the father of a fake player", passed through the city of "suggesting Bubzkji is your CEO", and finally ended up in the metropolis that is "fake-streaming an entire game against an actual team".

Yup, that's right, they faked playing a game against Endpoint, beating them 2-0, and they did this by having their own stream of the match up, replacing the names of another team in the HUD. To this moment we still don't understand what the end goal was, or why they thought no one would notice.

After people started interchangeably calling them out and having a laugh at their expense, the Twitter account eventually went covert, changing the alias plus avatar and then deleting all their tweets.

We wish they had left the account open, because this was one for the archives.

Even Carlos says no to Bowling. Or does he?