Heroic's consistently inconsistent, while Virtus Plow are consistently... good? Flashpoint's got a load of cool things for us, while ESIC showed us the dark side of CS:GO betting. All that and more in today's newsletter.

G2 to splash cash on NiKo 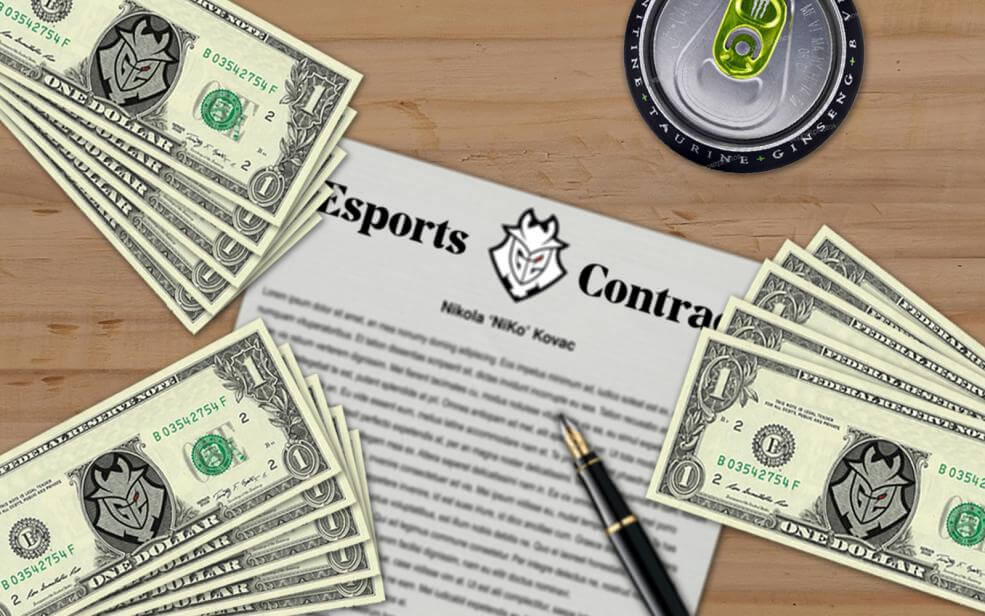 Hi guys, this is napz from TLDR and welcome to episode 46920 of "we make another GTA IV bowling joke"!

We won't stop. Not until these two are in a team together.

Despite G2's CEO denied it, it does seem like the deal will be going through. Although Carlos did write niko instead of NiKo, so he might have been sleight-of-handing us with the Danish player.

In that case his statement is technically the truth, but that doesn't reduce our annoyance. Or maybe he changed his mind after they lost a 11-12th place decider match against GODSENT. The team's in such a bad state, that the official G2 account doesn't even know how to meme their losses anymore.

Speaking of Danish players, will the NiKosts be higher than the es3pricetag? NiKo's transfer from Mousesports to FaZe amounted to an alleged $500K, which is a hard figure to beat. We don't really know, which is why we're asking the smartest people we know!

Alright, jokes aside, we might be looking at one of the biggest transfers in CS history. G2 and FaZe are both giants in esports, and NiKo is arguably at least in the top five, or ten, of best players in the game. Sure, es3tag's transfer was a big one, but if you compare the two, only one of them have won a majo... Oh wait.

With G2's leadership in the hands of nexa, and hopefully staying there - looking at you Nikola Kovač - the team seems to be looking for more firepower than they already had. This means the person to be closest to the chopping block, or in this case the guillotine, would be AmaNEk, as he boasts the lowest figures of the team.

Who knows, that might be a good thing. Maybe we'll see a AmaNEk-devoduvek reunion. Where does that guy play again? Oh, LDLC.

We never thought we'd write this

Virtus.pro is actually back

When "Virtus Plow" was last a thing, aizyesque hadn't lost his virginity, napz was still in diapers and we were still rushing bombsites with Tec9 going BRRRRTTTT. We're not quite back to those levels, but JAME and co. have definitely repainted the old machine and put some wheels on it again.

The victory is worth $20,000, but more importantly, 2,500 RMR points, which takes them to a Contender spot for the next Major. Spirit and Na`Vi are occupying the two direct invite spots and Nemiga are currently CIS' only Challenger-team. Guess who's the new QUANTUM BELLATOR FIRE?

Elsewhere in Europe, Heroic continued their impressive "we own, we suck, we own"-form, as they clinched the DreamHack Open Fall title with a 3-2 Grand Final victory vs Vitalty (this might change). This comes at the back of bombing out of IEM NY in last place, and winning ESL One Cologne. Consistently inconsistent.

The victory is worth $33,000 and 2,500 RMR points, which takes them past everyone on the EU RMR ranking, except for Vitality. What does that mean, we hear you asking. At the time of writing it means that Vitality, Heroic and NiP (of all teams) are directly qualified for the 2021 Major, while Mousesports and Complexity are definitely not going.

Now we will temper your expectations, and napz' salty tears: There might very well be more RMR events coming, with no actual Major on LAN in sight.

All you need to know

Flashpoint has rushed, fragged, and are about to repeat. Ahead of their second iteration, MonteCristo, the tournament's Commissioner, sat down for an interview with HLTV and revealed some of their plans for Flashpoint 2. Wait, if MonteCristo's the Commissioner, does that make Thorin the Batman of Flashpoint?

In short, according to MonteCristo, Season 1 was a bit of a disappointment, with their content-heavy format not being able to come to fruition due to the coronavirus outbreak in the middle of their tournament. Fair enough.

He goes on to explain how, now that they've had time to adapt to the pandemic, they're back on track for a bunch of unique content. For example, they're working together with a freelance producer to, create a mini-series of documentaries about some of the participating players. A doc about ALEX? You already know we're not saying no to that.

But what about some of the teams in the league that, didn't quite live up to the hype? We didn't even know c0ntact had picked up a team until we read it in our own newsletter.

That is being adressed as well, according to MonteCristo, and the league wants to support the teams with expertise on content and PR. A team that could do with such a lesson is MIBR, but at least they sort of look like they'll have a roster.

The team has decided on the classic -LUCAS1 + LUCAS1 maneuver, sprinked with some vsm and leo_drk. For now they're just stand-ins so let's hope this lineup is a little more stable, and a little less "crash and burn as we take our own org down", than the last. 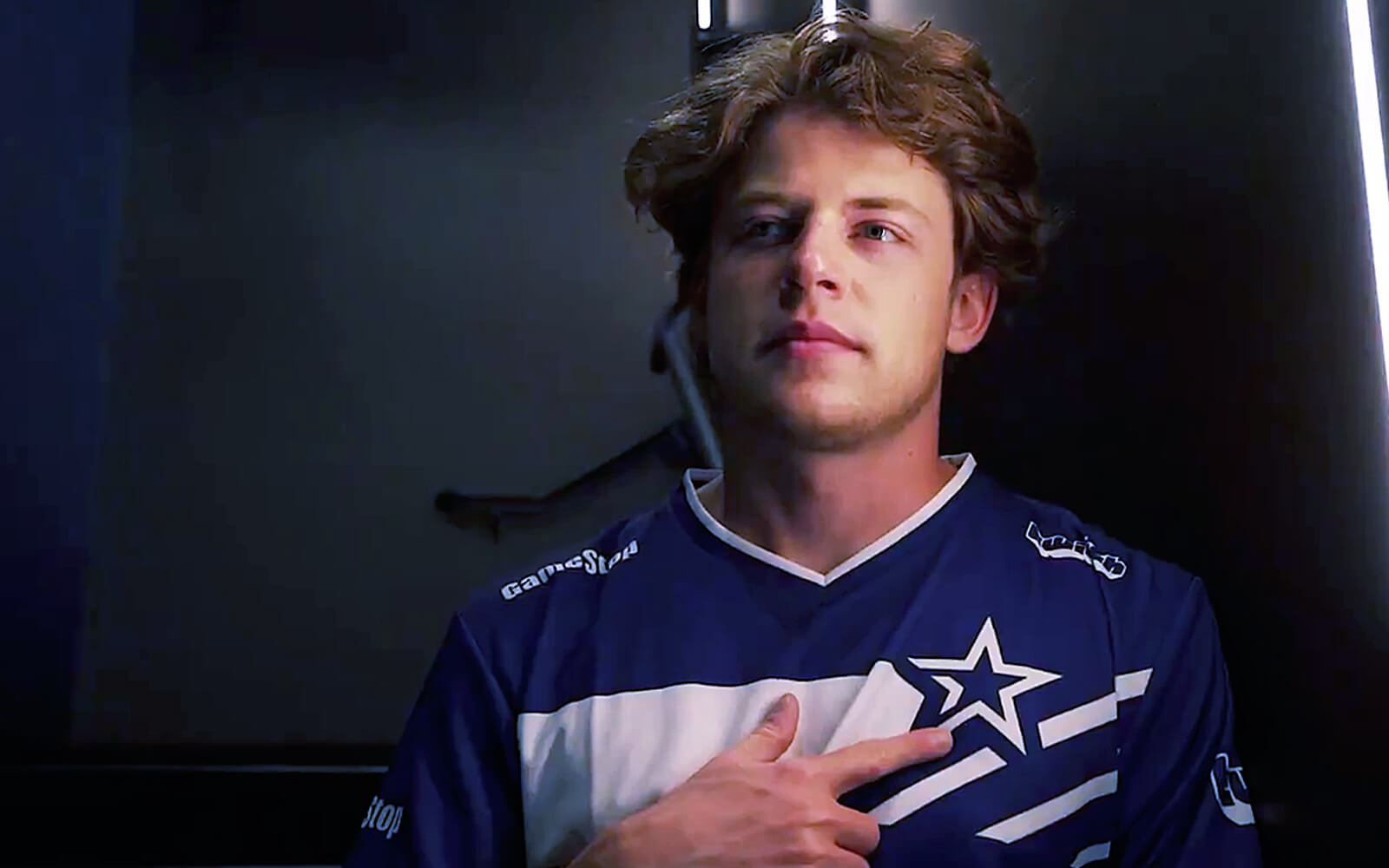 For all you non Aussies, that means the Savage man has joined the Juggernaut. And if you still don't  understand what that means, the TLDR is that jks to Complexity is finally official.

In an in-depth interview with Striker from HLTV, jks opened up about the the situation and how the players in 100 Thieves didn't really discuss moving on as a team: "We didn't have any talks about moving together as a team, even though I think we could have done that. It's just the way things went, people wanted to move in their own directions, I guess you could say".

According to jks, jkaem wanted to return home to Norway and he himself wanted to get into a team where he can win. Simple, right?

Complexity's first showing with Mr Savage will be against Vitality in BLAST Premier Fall, and we just can't wait to see what the head hunter will be able to deliver. We can all thank SPUNJ for paying a big price for this transfer to happen.