NiKo and YNk are off, Nivera is in (mid-game) and OG are maybe good. Again. We don't trust them.

EG are BLASTing off again

No wonder Tarik thinks CS is dying - he has to play on EG.

The flight it took EG to get here lasted about as long as their stint in the BLAST Premier Fall Series 2020 (catchy name, by the way), as they were dumped out sharp-ish by OG and NiP.

It was by no means an easy group, but if this is the best NA has to offer, maybe VALORANT might just be the game for them. It's got wallhacks and throwing knives, might be more your speed. We'd recommend CoD, but it seems now that you have to play against people of your own ability, and that's basically what you've been doing for the last six months.

They can finally team up with steel and DaZeD, who Americans promise us would be good enough to win a Major, or something.

Truly, though, it's a bit of a shame. We wait for ages to see NA take on EU once again and it's a complete anti-climax. EG got 2-0'd by NiP, a team who are EU's equivalent of Tottenham Hotspur, or even worse, West Ham.

Speaking of which, NiP were then beaten by NaVi. We would tell you what happened, but we're sure you know the story by now. s1mple is +83 over 10 maps - and +33 against NiP in three maps. Now imagine what he would have done to EG. Or, don't, if you're around family. Might be a bit NSFW.

Complexity gave jks a college-style hazing by starting him off against Vitality. As you'd expect, they got taken apart by... rubs eyes... shox? We believe Vitality managed to beat a tier one team without ZywOo hard carrying, but that seems like fake news.

FaZe Clan, with a stand-in (more on that later, like really soon) took BIG to a third map. But the third map was Dust 2, and you don't beat BIG on Dust 2.

Replace a legend with a legend 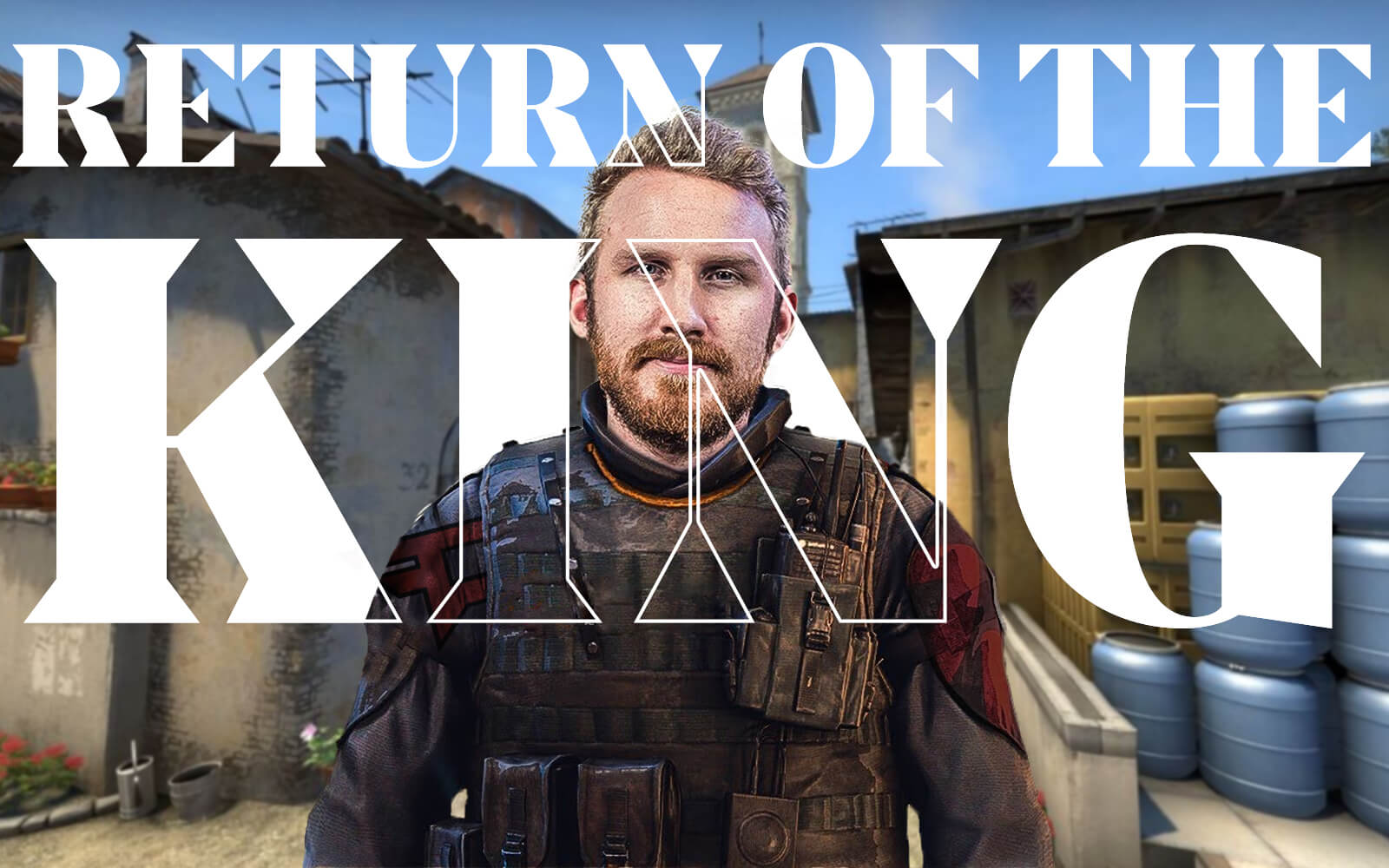 But more importantly, Carlos seems to have abducted NiKo and forced him to play in budget FaZe.

It would legitimately not surprise us if that announcement video was actual footage of how the deal went, and does this look like the face of someone who joined voluntarily? At least it's better than FaZe's coldzera announcement.

olofmeister has come out of medical leave, and is going to be playing for CoD Clan turned clothing brand at least until the end of BLAST. If we were you however, we wouldn't get too excited, as the already sinking boat that is the second best team with an F and a C in their logo is sinking fast.

YNK might soon be back at the desk, as with NiKo gone, there was no reason for him to stay in the team it would seem. The team wasn't very strategically inclined before, but with the IGL and the coach gone things are looking pretty grim... We certainly know who Kjaerbye might blame for all this.

Now of course a coach position opening up isn't usually that interesting, and often doesn't deserve a second paragraph - yet here we are.

We are fully entering the land of speculation now, but we thought it'd still be interesting to bring up this tweet by former MIBR coach dead.

It would seem he's busy on a new project with six other people and is looking for an org. Has he teamed back up with cold and has FaZe let their team go? Only time will tell.

A closer look at OG 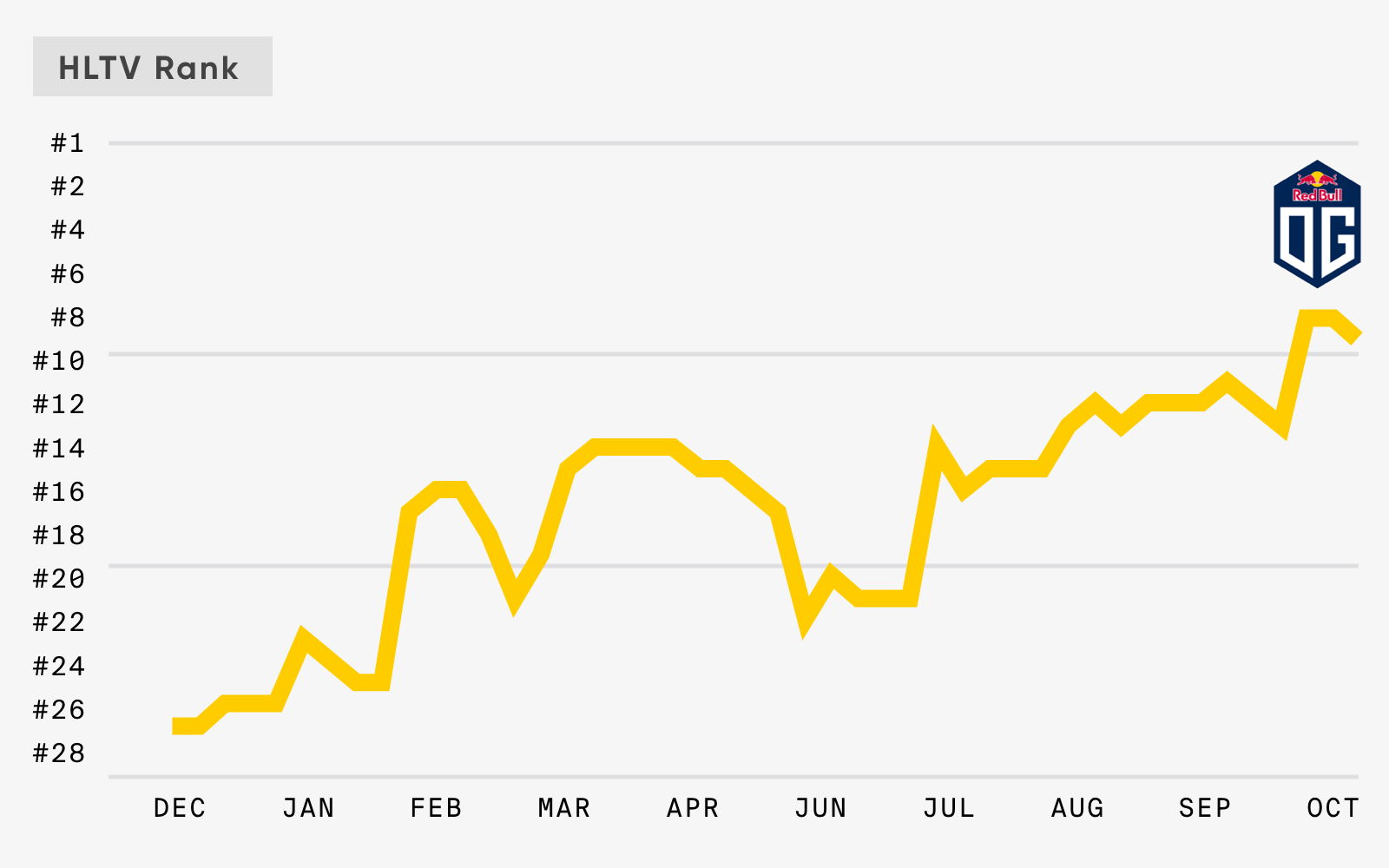 We at TLDR have often been quite critical of OG. They've been a team who have constantly threatened to win tournaments, but who would just eventually disappoint in a major way. And while that is still sort of true, they're becoming more and more convincing before the inevitable failure.

What is most impressive, and surprising, about OG, is that they are still the OGs of OG. There have been no changes, no big money rumours, no rumours of behind-the-scenes arguments - even when players have been out of form, or things weren't working, OG didn't panic.

ISSAA has had some struggles with form, but eventually under the tutelage of Aleksib he has slowly started to come back to the player we all knew and loved. NBK-'s K/D and ratings don't seem to matter, as OG truck on and win with him.

OG have had form problems as a team, too, and their ranking has reflected that. It reminds us of a certain... Danish team, who flitted around the top 10 and would invariably cut a player or two if they had these struggles. Naming no names.

Two star riflers, a solid AWPer, a classical IGL and a much-maligned role player who was the subject of far too many HLTV threads. In many ways, it's ironic that the international team are the ones to bring back the old-school style of roster-building,

In an early interview after building the team, owner Ceb spoke about how he felt other international teams had suffered from poor management (all representations of teams in other stories in this newsletter, real or fictional, are entirely coincidental, FaZe Clan.) and it seems his approach has been to motivate, not renovate - evolution, not revolution.

Whether or not OG will ever be the best team in the world, we don't know - we suspect they might always be the bridesmaid, and never the bride. But what we do know, is that their approach, and the blossoming of the team, is admirable.