Edward likes to chill, not to kill. Someone who likes to kill is ZywOo, and he makes it look so easy he might very well be #1 of 2021. 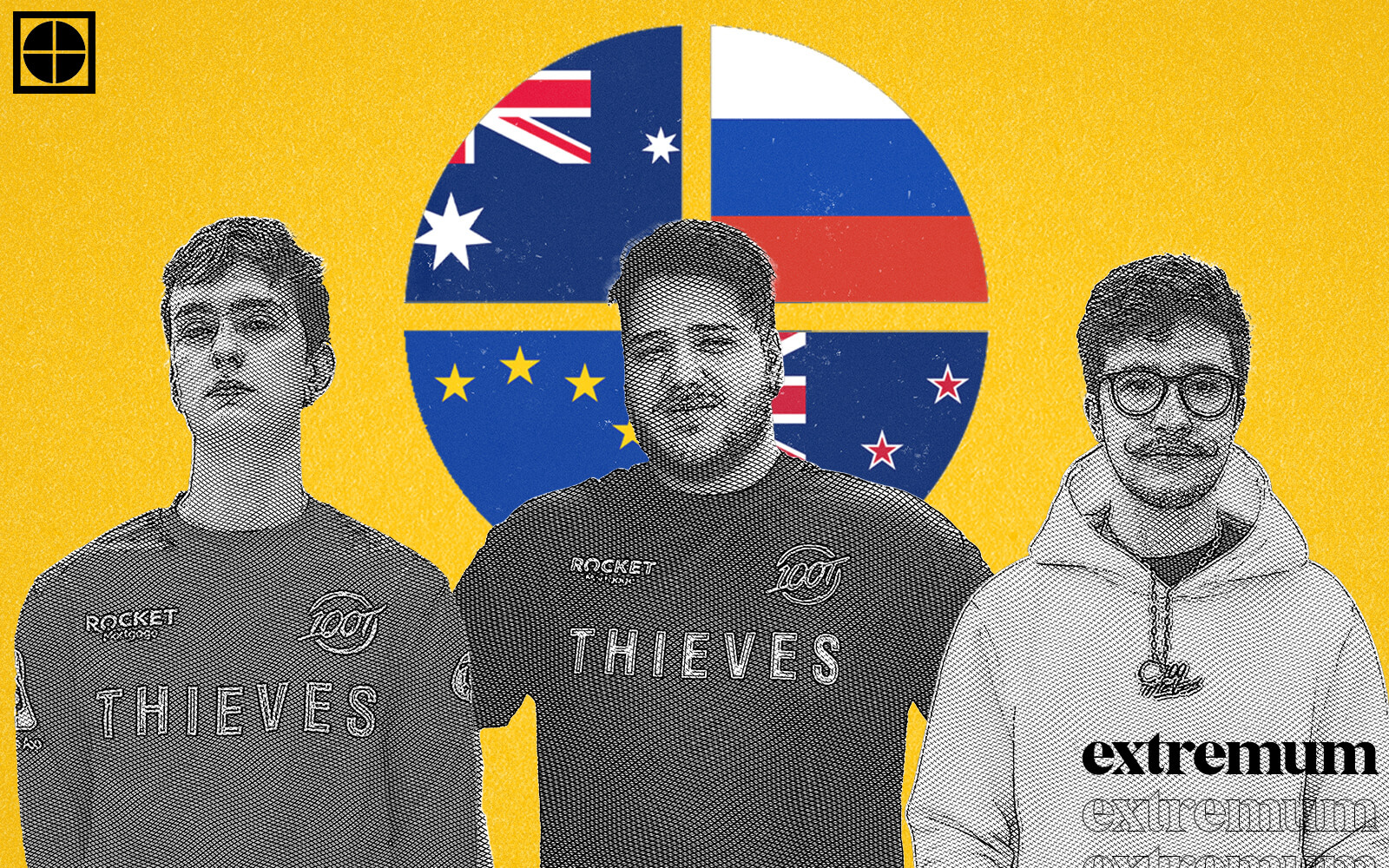 This is not about games. This is about esports.

That's what the weirdly over-aggressive front page of Extremum's... eclectic looking website reads. Someone might want to tell them that, actually, esports is kind of about games. Like, that's the point. Competitive video games.

Why are we telling you this? Because Extremum are the organisation reportedly trying to sign the last three remaining Thieves, after the other 97 left for greener pastures, such as Complexity and Apeks.

This would mean liazz, Gratisfaction and AZR would be flanked by two Europeans and based in Europe, building another international roster, which we are all for.

"WE DON’T WANT TO BE THE BEST ESPORTS BRAND. WE ARE BIGGER THAN ESPORTS. WE ARE YOUNG. WE ARE FRESH. WE ARE THE NEW GENERATION." blares their, for some reason, all-black and white website.

Finally, the Australian team are away from the poser brand who cares more about image and merchandise than gaming.

We're glad the three players look to have finally found a home, and adding two European players could make that roster really interesting. We're looking forward to smooya's inevitable trial before moving on to find another team to trial for, like Ravel Morrison or something.

But, it will be a real shame for the Aussie fans to have to support another clothing brand that doesn't seem to like esports. This org doesn't even seem to like games. They want to be 'bigger than esports', which seems quite difficult to achieve by becoming an esports org.

French CS is back on top

French CS once had the shox and ScreaM duo tearing it up, and they liked that free trial. They liked it so much, they paid for the full version - shox and Nivera.

Vitality coach XTQZZZ has a similar embarrassment of riches at his disposal as the French boss Didier Deschamps, but with ZywOo, shox and ScreaM 2 there's no way it'll be quite as ugly as the football team's approach.

Vitality once again styled on BIG in three maps, only losing the one map in which Nivera didn't play. Vitality chopped and changed the roster in all three maps, dropping misutaaa for Dust 2 (which led to this great quip from launders), switching out Nivera on Nuke and then shox taking a back seat on Inferno.

Might have been a tactical reason, but we like the idea that it's decided by the stars or some divine intervention. Or, more likely knowing the French teams, whoever is 'feeling it' right now.

jks put up a good fight to try and keep Complexity in the tournament, but not even plot armour is strong enough to beat XANTARES online. What have we all learned from this week? Don't let BIG play Dust 2.

Unless you have ZywOo, in which case you can do whatever the hell you want.

"I was the best" - Okay Grandad

You know, we all woke up here at TLDR yesterday and thought: I wonder what Edward thinks about the coronavirus pandemic?

Thankfully, HLTV had us covered.

All jokes aside, if you do have five or ten minutes after you've read this at work or school (don't pretend you're not), it's worth reading the interview. Edward has a lot of interesting thoughts on coaching, his own career and whether or not he's finished as a player.

Perhaps the most interesting is that he believes he's back with the CSGO obsession he used to have - and he has started learning English with a view to joining an international team; or an American team, which he says he would like to do.

If you thought NA CS was dead before...

He also talks a lot about s1mple - calling him toxic, brazen, someone who 'expresses emotions in a very rough way' and the best player in the world. A fitting tribute, really.

Basically, 'he's a complete jerk. Great guy', which is how every teenage boy describes their friends.

He then leaves him out of his dream team, instead selecting ELiGE and Perfecto. Weirdly, we actually think Perfecto makes more sense. We can almost understand you believing Perfecto is the best role player, like an upmarket STYKO - but is ELiGE really the best rifler in the world?

Oh, and we can't respect a man who doesn't want arT in his team.