GODSENT don't believe in kRYSTAL, NiP are a THREAT (to themselves?) and NiKo is too good for North.

Let's go back in time - when NiP were good 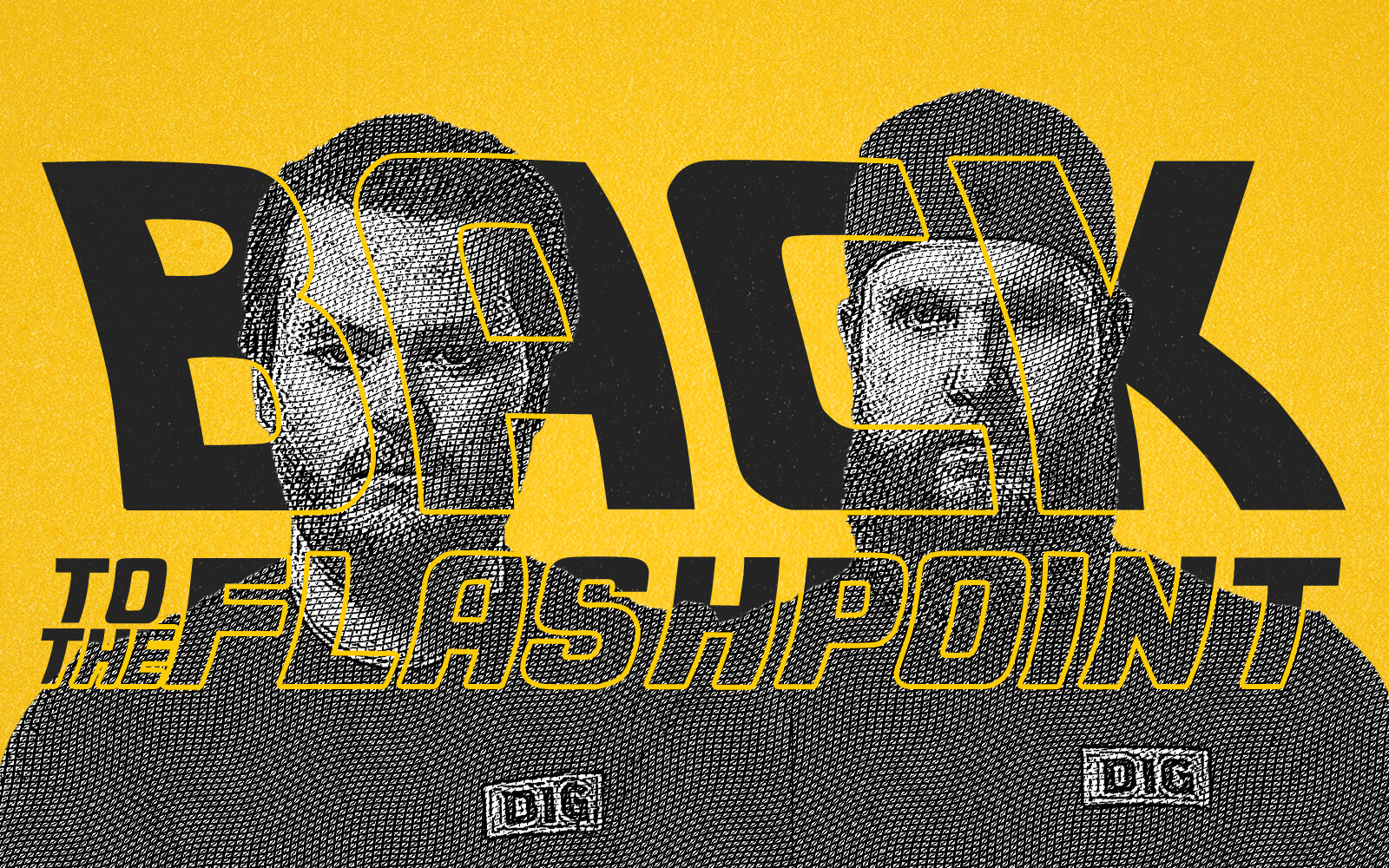 We're convinced Flashpoint 2 exists in its own pane of existence, trapped in time somewhere.

Hopefully it is, so we can see peak f0rest take on peak flusha, JW and KRiMZ in the lower bracket of Group A. Yes, we know you just checked the date, and yes, it is 2020. And yes, f0rest and friberg are playing against fnatic. Hell f... yeah.

Also, somehow, MAD Lions have once again shown up at Flashpoint. They just have a Flashpoint buff, we think. They consigned fnatic to a old-school showdown by taking them down in the upper bracket final, and we're not really sure how.

We must be in a time loop, as some people thought Envy vs MIBR was a 'banger match'.

It wasn't, really. kNgV- absolutely smashed them to pieces to set up MIBR vs forZe*: the battle of the cheating coaches - but at least MIBR don't still hire one.

Oh, and Group C is hilarious.

Remember when HenryG said that they were aiming to win the trophy, and time won't be an excuse? Well... he might just regret that.

Win the trophy? You couldn't even win a map, mate. We told you that they lost their first game to Virtus.pro (time has stopped, etc.) but they also managed to lose 2-0 to OG. Maybe $2m on es3tag because of a good month on Astralis might have been a bit rash.

Not as rash as our judgment will look in 2 months when C9 are HLTV #1, though.

Online tournament number X out of ∞ 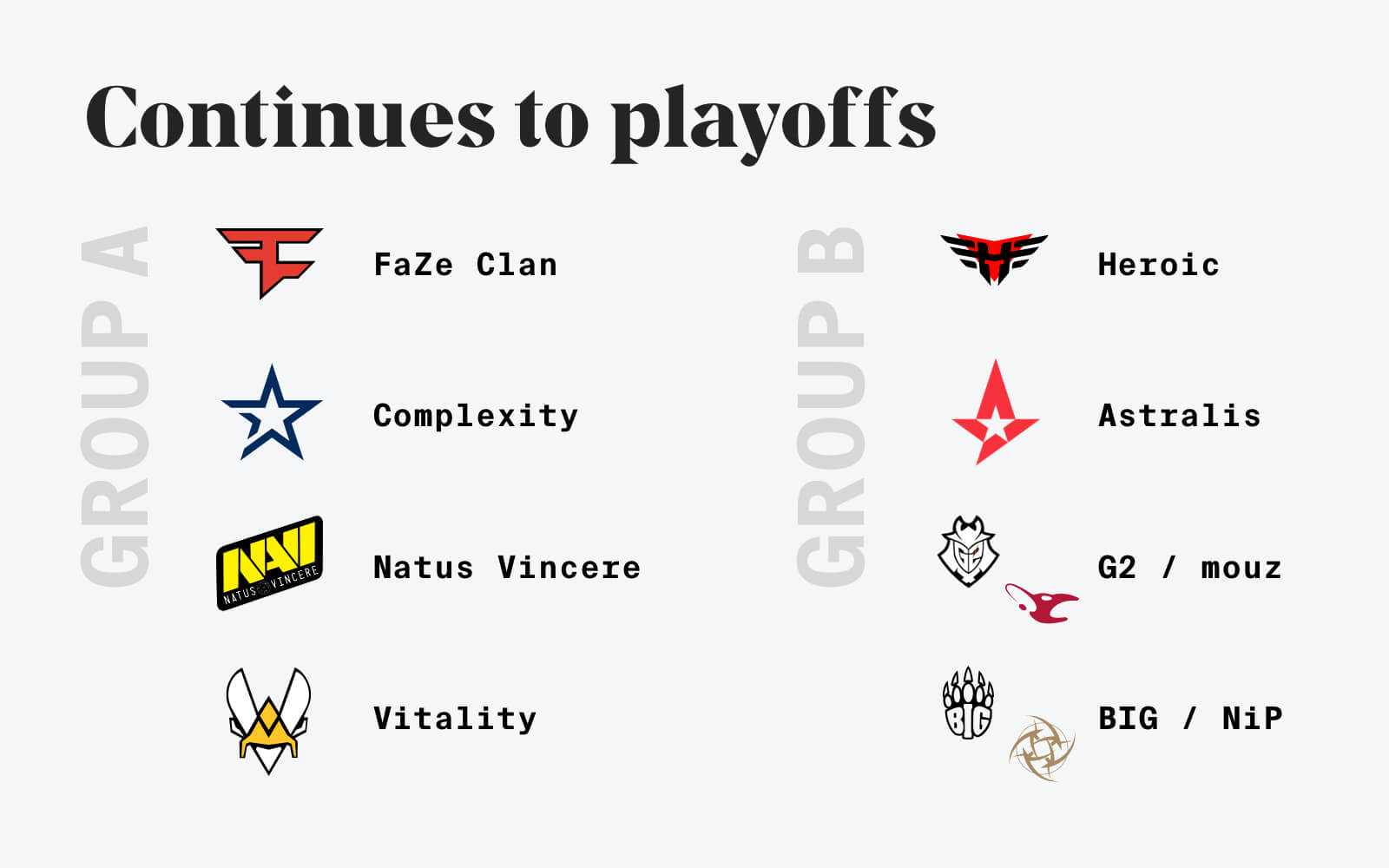 The tournament is set to end their group stage today, with just Group B's mousesports vs G2 and NiP vs BIG still having to be played out later today. So far, we've seen the usual suspects rise above, with Astralis and Heroic topping Group B, and Complexity coming out of Group A.

Apparently all these years Kio wasn't the problem, but NiKo was. Along with FaZe and CoL, Na'Vi and Vitality came through as well, just through the longer and windier road that is the lower-bracket.

We'd write more about what went down, but to be fair with all these online tournaments, things have gotten kind of boring... All online and no LAN makes CS a dull game. But it's still going to be interesting to see the new G2 bring what they can to the table, mousesports try to fix their system, and overall just see everyone battle it out for dominance in this tournament. Right?

Some day, teams will stop underrated IGLS. And other jokes you can tell yourself.

In their defence, benching kRYSTAL could make some sense. While he's a solid, intelligent leader who will get you to a certain level but never above it (a Counter-Strike Neil Warnock, if you will), his fragging, or lack thereof, does seem to anchor GODSENT.

GODSENT have been on the cusp of greatness (or, above average-ness) for ages, and clearly they think that getting a better IGL, maybe one of those new-fangled continental 'fragging IGLs' that are so in vogue right now.

That argument would make sense, if emi wasn't the rumoured replacement. A guy who frags at almost exactly the same level on a worse team.

Look, maybe we'll be proven wrong. It would be a first, but it could happen. However we think cutting kRYSTAL might be a good idea if you could find a similar player who doesn't stink the server out every time he plays - but not a like-for-like swap. That's just change for the sake of it.