FalleN is building a new team, karrigan is on the way back to FaZe and aizyesque predicted it in 2019 (no seriously) - what has the world come to? 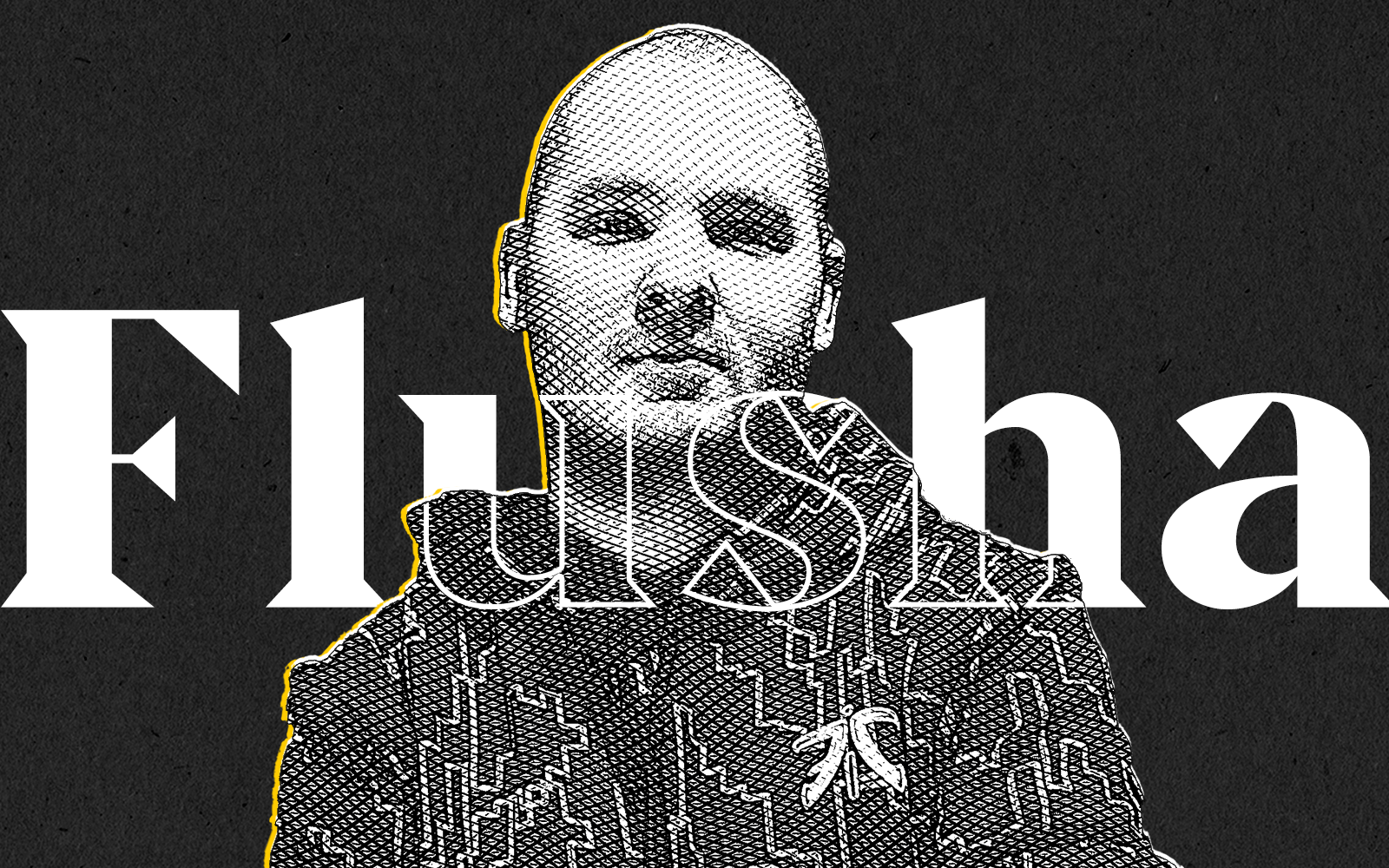 Alright you took the bait, but please don't be mad, we obviously had to pull the trigger on that headline.

According to Fragbite, flusha was sentenced to 120 hours of community service for tax evasion stemming back from 2015. The Fnatic player didn't to declare over €100,000 in winnings to the Swedish tax authorities because he "didn't know it was income" and thus hadn't meant to break the law.

It sounds suspiciously like when we copied our friend's homework in 3rd grade and defended it with "no one had said we couldn't".

Because flusha admitted to the whole thing, he got slapped with community service instead of 4 months in jail and a €80 fine. Oh, and roughly €40,000 in back payments for the unpaid taxes. Which is roughly his total winnings with Fnatic in all of 2020.

kennyS, though, is. He and NiKo helped dismantle a tired FaZe with 101 combined kills over just two maps. NiKo took over on the CT side of Dust 2 after rain did the same for FaZe. Now, imagine if you had NiKo and rain together, what they could do.

olof is struggling at the moment, mustering up just the 27 kills in this series. We know they call him the king, but we didn't think they meant like in chess, where the king lounges around not doing much and needs the other pieces to protect him.

Speaking of chess pieces, xyp9x is like the knight - because that (roster) move looks like an L. How do we come up with this stuff?

It wasn't his fault, though. gla1ve had a stinker as Astralis got mashed to pieces by the triple threat of NaVi. Yes, triple threat. Perfecto blew the Danes up on Overpass, and s1mple and electronic did their usual.

With Astralis and FaZe out, that opens the door for someone different to win a tournament.

Is what we would say, a year ago when everything made sense. But now, NaVi, G2, Heroic, Vitality, Complexity and BIG as the winners is, somehow, just normal. Maybe LANs will change that, but we've got a sneaky suspicion these 'online' teams will transition just fine. 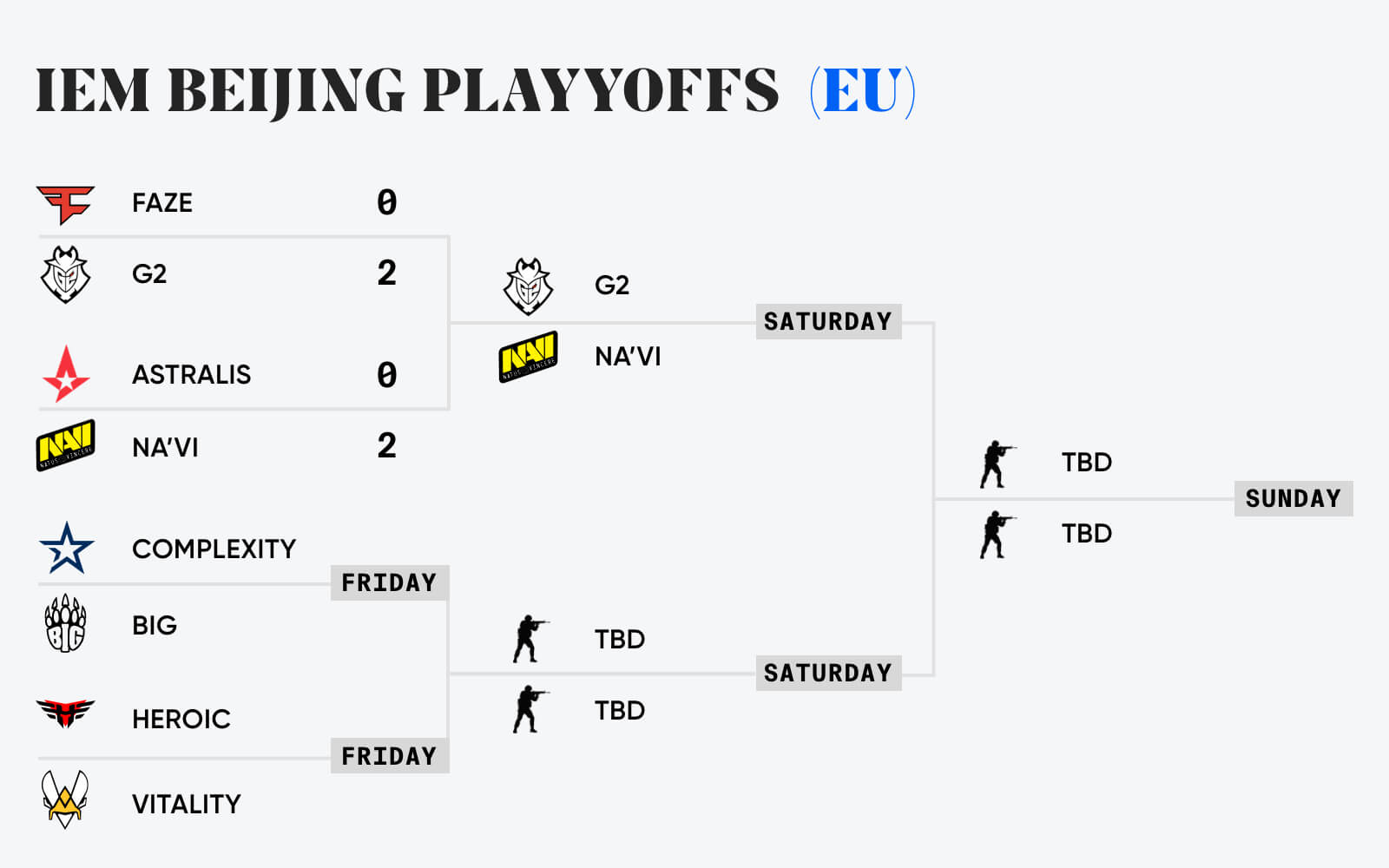 Turns out, when NiKo leaves, FaZe might be able to have karrigan back, and all they lost was time, money and a game to G2.

According to The Clutch, karrigan is in talks to replace olofmeister in the starting line-up and lead FaZe Clan once more. Seeing karrigan's FaZe take on NiKo's G2 will be something of a fever dream, but also an absolute banger, so we're going to call worth.

This would leave mousesports without an IGL, and the obvious answer to that problem is FalleN. Uh, sort of. It sounds obvious to us, but actually it would also be kinda weird.

Doesn't matter, anyway, as FalleN accidentally leaked that he might be on his way to GODSENT. That, or a far less interesting move to a Brazilian team. Also - the rumoured GODSENT roster mysteriously didn't have farlig, and instead had fer, which would be a really exciting move if they replaced literally anyone else on that team.

Well, maybe farlig is on his way to North. Right guys? Right?

Realistically, he'll probably join Astralis, along with the other half of Denmark. At this rate, he might need to join the first team, but we thought that about Bubzkji, and they for whatever reason don't want to play him.

Maybe he can go to mousesports and have chrisJ back to in-game leading. Now that's a move we can get on board with.

Even though real life is pretty hostile to Polar Bears, the Counter-Strike playing ones from the CIS region seem to be pretty comfortable. See, climate change isn't real.

You know life is good in the Russian speaking side when even SANJI - Jame's personal weapons cache - has an HLTV rating above 1.0 in the last three months. They've placed themselves comfortably in the Grand Final of Group C, and they aren't looking like they're stopping any time soon.

But who cares about Russian Bears, a German one is way more rare - especially one that's not tame and is permanently stuck in tier three of professional CS:GO. Well, this one might not be so special after all, because to get to their group' Grand Final, all they had to do was beat forZe - okay, medium size opponent, we'll admit - and MIBR, who are either a suprise factor or a complete failure, we haven't decided yet.

But maybe only one animal can win this rumble in the jungle, after all, lions are the king of the jungle. MAD Lions are set to face Fnatic in the Grand Final of Group A. Their refrezhed roster seems to be doing very well, sporting similar ratings to Virtus Pro, and as the other two teams we mentioned above - they also stand undefeated in the group stage.

A final fun fact to mention is that, if Gen.G win the consolidation final against OG in Group C, then all the Grand Finals will be re-do's of earlier matches in the groups. How interesting.