floppy won two 1v5's in three days. That's way too many numbers for us, but it sounds pretty sick. Talking about numbers, Astralis finally used their #6thMan and won something.

The Major is coming back to Europe in 2021 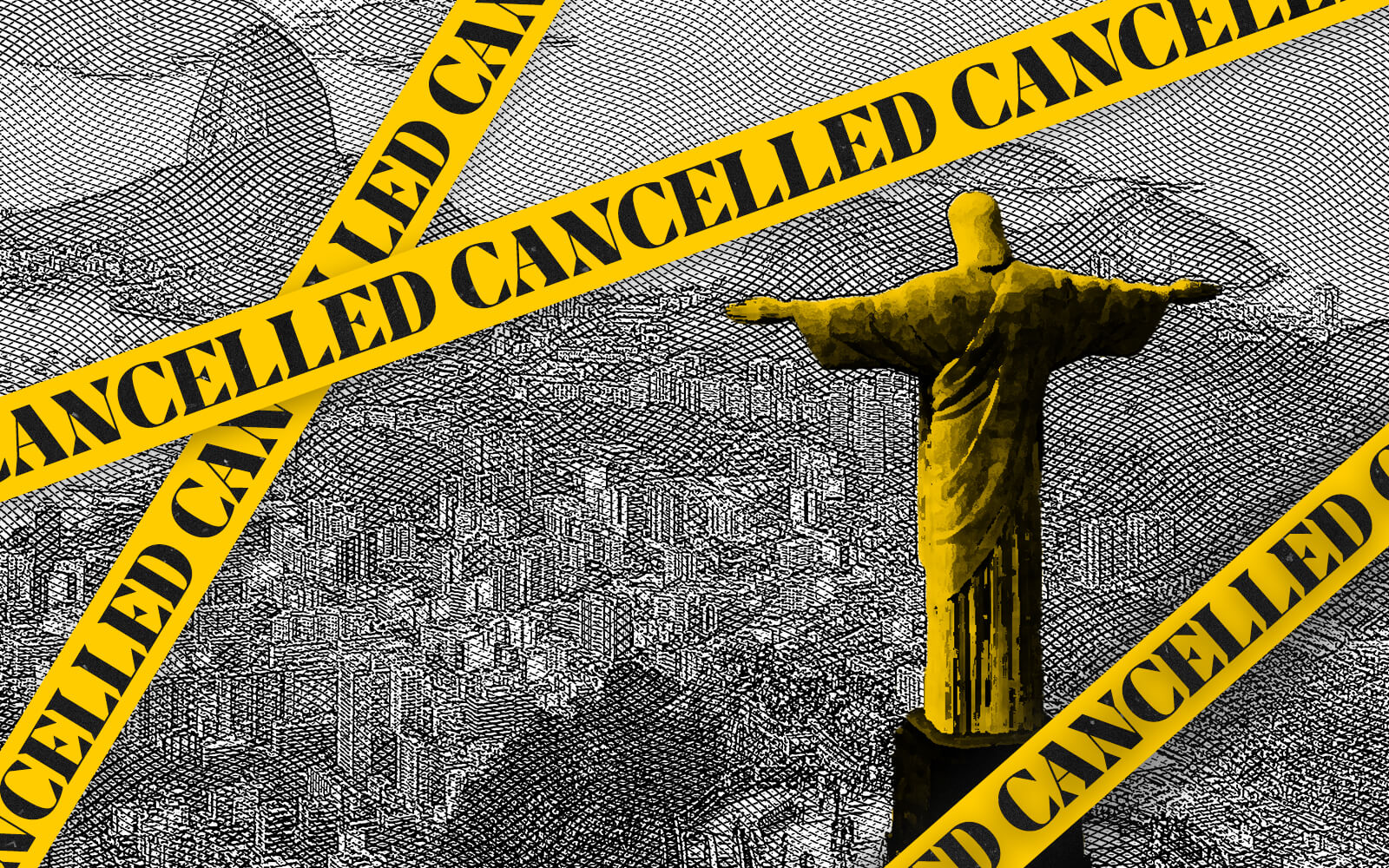 Remember when PeeKay told you the Rio Major wouldn't happen? Back then we thought it'd just be postponed for a few months, and we tried to make a shocking headline. Turned out we were right. Damn.

HLTV reports that Valve sent out an email last week to tournament organizers, stating that the first Major of 2021, scheduled to be held in May, has been cancelled altogether. Instead Valve are now planning to host the next CS:GO Major in Europe between October 25th to November 7th.

According to the report, both venue and tournament organizer has already been chosen, but Valve cautions that it has to "make sense to proceed", for the event to go ahead.

There has been no public communications from Valve, so it remains to be seen what will happen to the Regional Major Rankings - the official qualification process that Valve put in place in the Spring of 2020.

With potential for additional qualifying events, it means that top teams like Mousesports, Gambit and MIBR might still have a chance of qualifying. Maybe even ENCE... on second thought, nevermind, they just want to have fun.

What's that noise you ask? Oh it's just napz pouting over the results of the DH Masters EU Grand Final. Mousesports took a nice 3-1 beating from Astralis.

An Astralis who swapped out Bubzkji for Xyp9x again, which is interesting when you consider the fact that Xyp9x' rating in the last three months - AKA his return to competitive play - has been a meager 1.02, especially compared to the last twelve months, where he achieves a respectable 1.09.

However, the last two maps were within three rounds of each other, so he's got that going for him, which is nice.

Astralis started off strong on Train, crushing mouz 16 to 5, however, the European mix returned the favour swiftly on map two, Inferno, taking a quick 16-3 win. Then things got interesting.

Map three saw us go to the cold and radioactive hallways of Nuke. Mousesports trailed closely behind the Danes for a long time, but fell short just three rounds in the end, finishing the game at 16-13. With the Bo5 score being at 2-1 in favour of Astralis It was clear mousesports were starting to get desperate, and had to come up with something.

The dazzling heights of Vertigo would be decisive, and a nailbiter, with the game eventually going to overtime. After a short technical break, Astralis rose to great heights and gained what they came for: That one round they needed for the win. Mousesports had fallen to the giant and the game was over. Astralis are your Dreamhack Masters EU Champions.

Production has just told us that there are indeed two more regions who have declared their winners. Just like the script says, we can now confirm ViCi Gaming have won DH Masters Winter Asia, and Renegades are the winners of the Oceanian region.

Is VP the best CIS team at the moment? 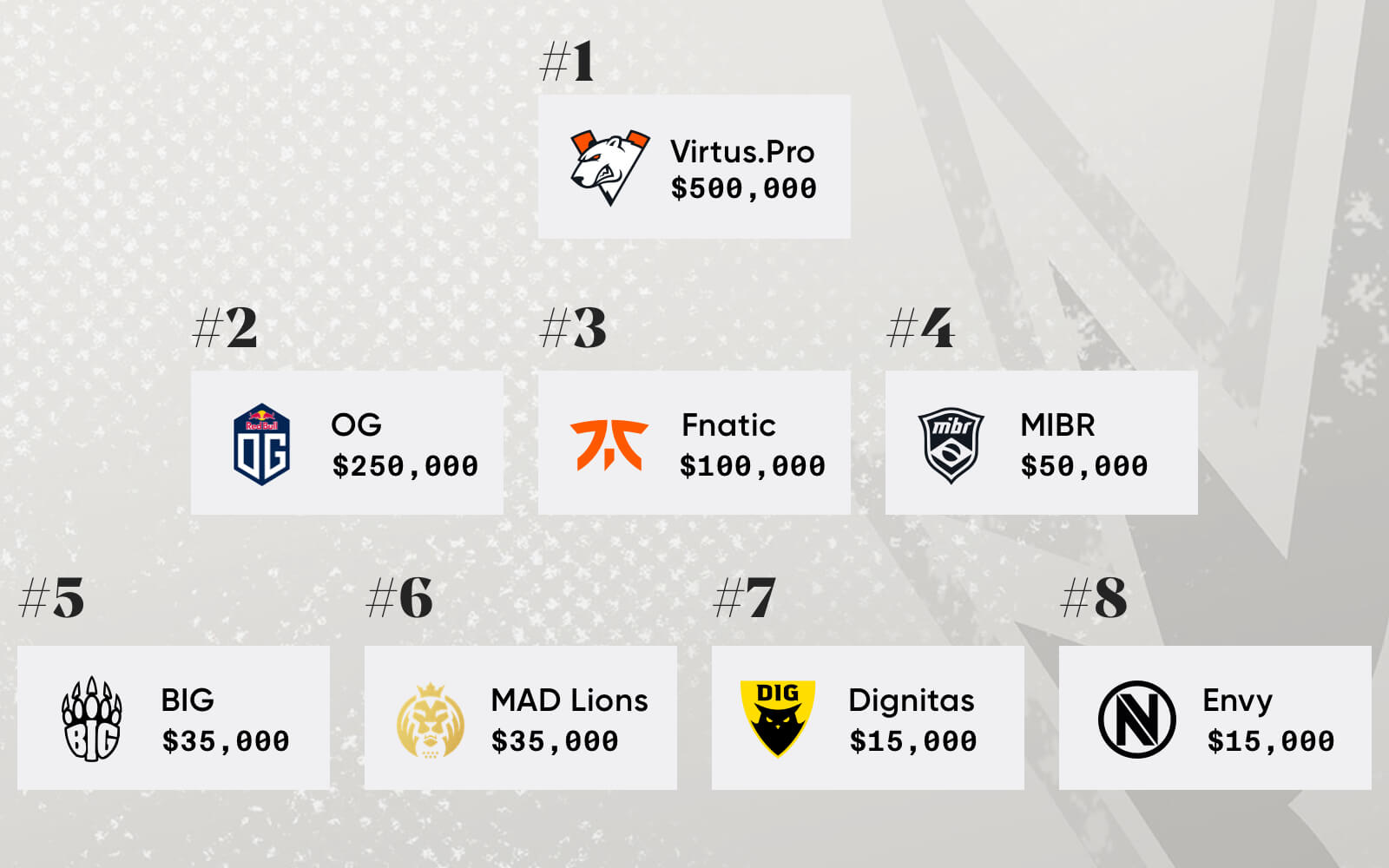 It's a little over a year since OG CS:GO was put together, and while a lot of their contemporaries have made changes, the international lineup stuck it out and kept building. Last night they̶g̶o̶t̶ ̶t̶h̶e̶i̶r̶ ̶r̶e̶w̶a̶r̶d̶,̶ ̶w̶i̶t̶h̶ ̶a̶ ̶F̶l̶a̶s̶h̶p̶o̶i̶n̶t̶ ̶S̶e̶a̶s̶o̶n̶ ̶2̶ ̶t̶i̶t̶l̶e̶ and a $500,000 pay day lost yet another important game.

record scratch You probably wonder how we ended up here.

Alright, we'll be honest, we did prepare that opening paragraph after OG had roflstomped VP on Mirage with a mantuu masterclass. PHedemark was happy, OG was making a dream lowerbracket run and the article wrote itself.

That is until everyone but buster woke up on Train which swung VP's way 16-9. It wasn't so much that OG played it bad, but more that the point men went missing at the crucial times. valde, who had reminded everyone why he was the 18th best player in 2018, against Fnatic earlier, just didn't turn up.

And mantuu, oh mantuu, he crumbled under the expectations in the biggest game of his career. Instead OG had to look to NBK, the most unlikely of the bunch, to be the backbone of the team.

It was all for naught however, as Virtus Pro showed the most unlikely of CIS things: Team play. Very fittingly OG had the best player of the tournament (valde), while VP had none in the top 15. None. It boggles the mind.

We won't be seeing VP in more tournaments this year, but we can't wait for them to lock horns with the likes of NaVi, Spirit and Gambit in the qualification process to the next Major. Yummy.