A CS legend got a makeover, c0ntact transfer listed their team, Esport's Stadium got an insane new CEO, and Na`Vi + Astralis made CounterStrike history. 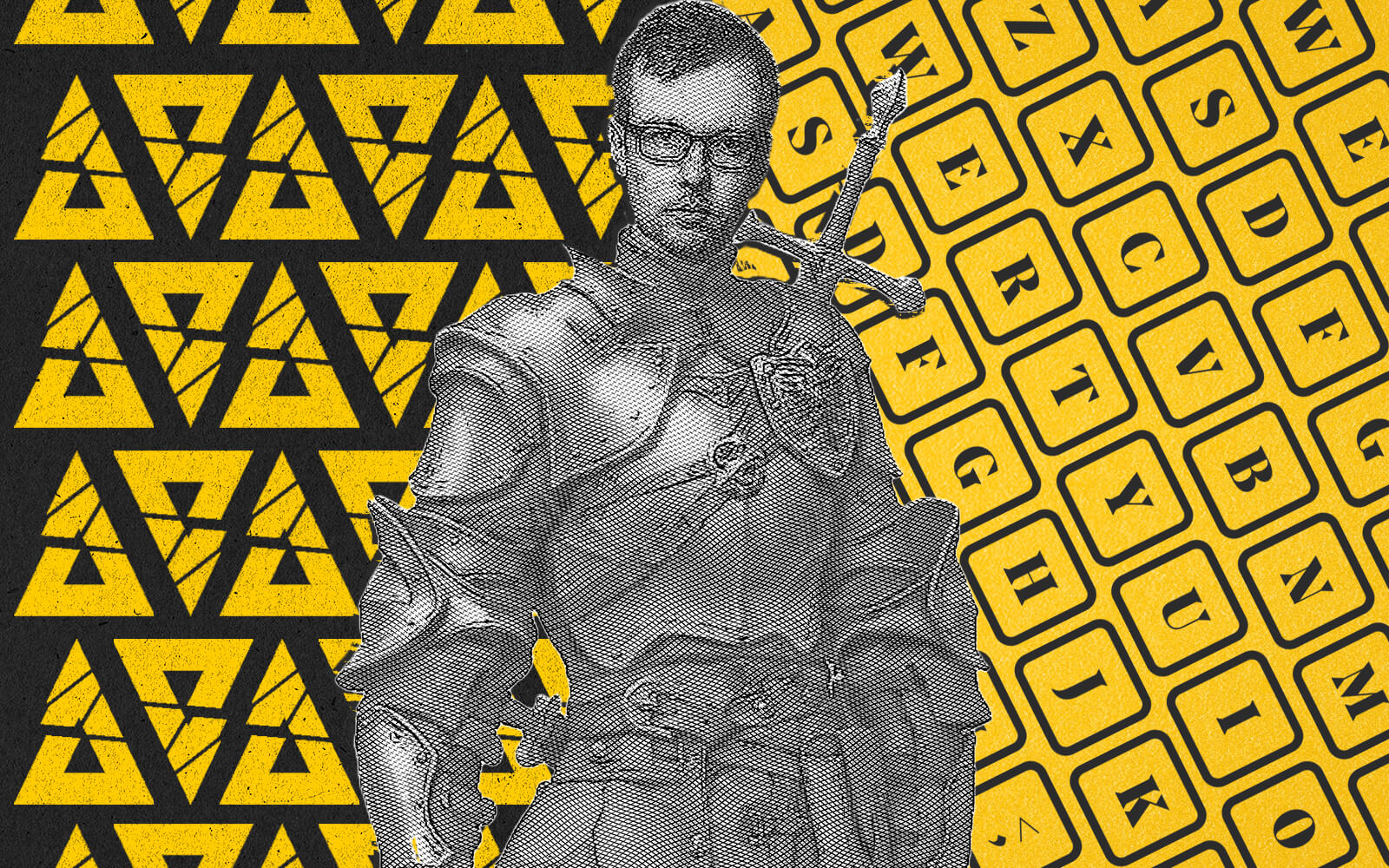 Let's start with the only simple thing in all of this: The players went on strike just before the start of Blast Premier Fall Finals, due to Blast's recording practices, which the players wanted to stop.

A unified statement by player reps for the teams attending Blast, protested that Blast had shared voice coms with analysts, aired segments of coms without prior knowledge and hadn't laid out processes for how recordings were handled and stored. Which seems fair, because our voice coms would probably get us fired.

While the players couldn't organize a strike, when half the teams were eliminated from ESL Pro League, this got them to take action? Or like fl0m would say "where the fuck was this action for players when you guys agreed to halve Pro League...".

Don't worry, chrisJ has the answer to that and if you believe him, they did their best. And meanwhile, Richard Lewis just wants a break.

The players went on strike, then what happened next?

You won't believe it, but they came back to play within a few hours. Shocking, we know. Or as ropz put it; with the right regulations, recordings and voice coms can be used.

But wait, there's more, because according to a concerted PR effort by the teams and Blast, the problems were resolved on the 23rd of November, which apparently, no one told the players in CSPPA.

So what are they REALLY fighting about? Well it's sort of complicated, but we'll try to give you both sides of the argument below.

We're not lawyers though, so we might just be spouting bullshit. But hey, if you're an avid reader you're used to that by now.

Who owns the rights?

What's the argument really about? 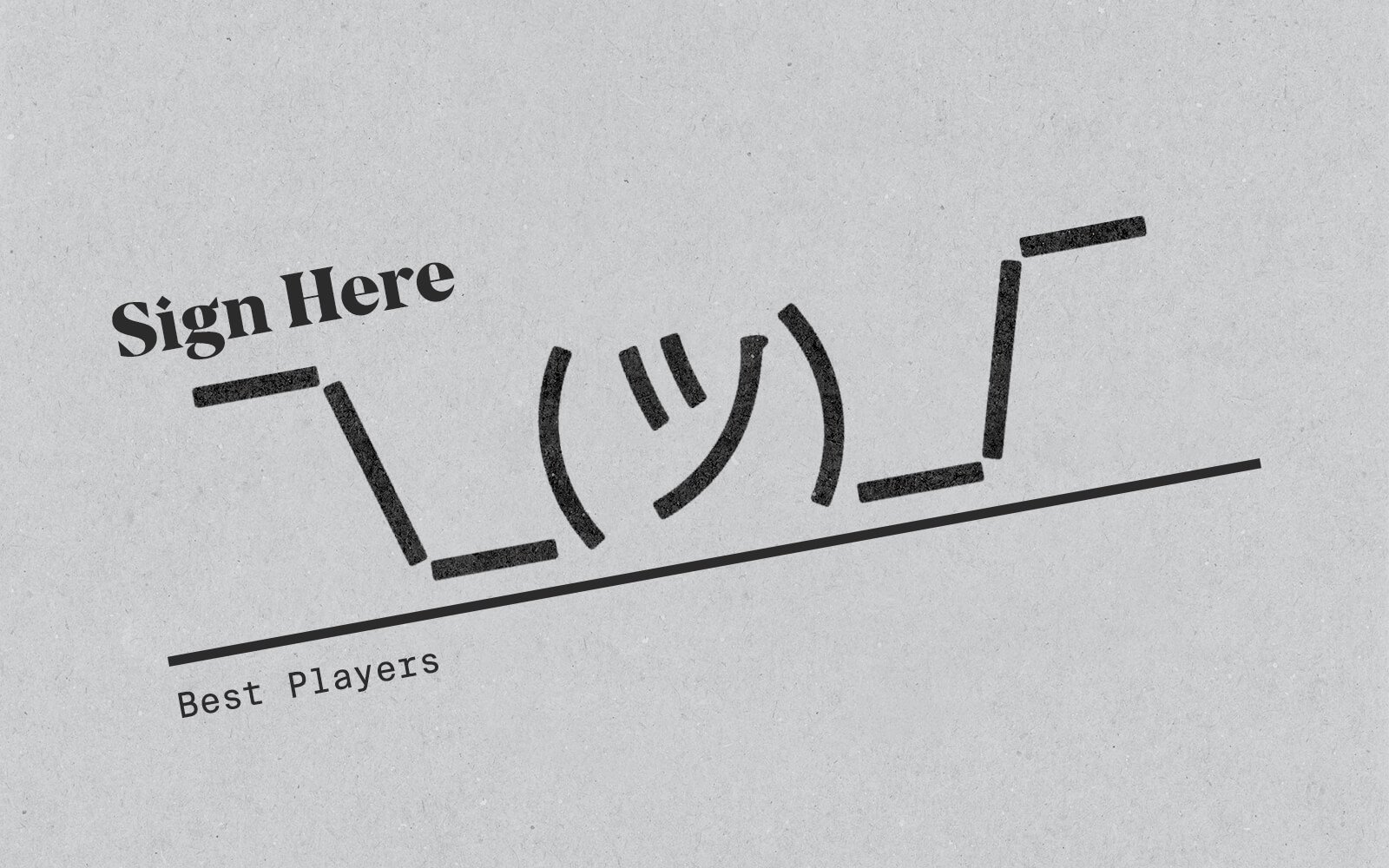 When a professional player signs a contract with a team or an organization, they usually sign over certain rights to the teams. Depending on the team, the contract, the player, the position of the sun against the sky, and date of the Mayan calendar, those rights take different shapes and forms.

Outside of getting the players to play for them, teams usually get the right to use the players' likeness - that is images, voices, names, etc - in their branding and commercial efforts. That's a necessity for the teams, because they then use that to drive sponsorships.

Are you with us this far? Good, because here's a complicated question:

Does the license that the players grant their teams, cover the same rights when teams negotiate a participation deal with a third party?

Or put in layman's terms: The players agree that their likeness are used in promotional videos with a team's sponsor, but they might protest against their likeness being used by Blast or ESL without a licensing deal.

That creates an ambiguity which the CSPPA is either trying to clear, or take advantage of, depending on who you listen to. We don't listen to anyone, we'll rush B with this P90. Oh wait, wrong convo.

If you've come this far, you might need a TL:DR so here's a short one in bullets:

The real important question is what ramifications it'll have, with one side saying it has the potential to kill CS:GO if CSPPA gets their way, and the other saying "nah, we're fine".

Not sure what you believe in? We recommend giving Richard Lewis' rant a listen.

They also played some CS:GO

It's hard to imagine, but someone actually played CS:GO at Blast Premier Fall Finals. Except for Mousesports, who apparently didn't show up. Which is probably a good thing, then chrisJ can work on getting this CSPPA thing working.. oh never mind.

In the matches that were played, G2 vs FURIA was one of the most interesting. Since signing NiKo, and benching JaCkz, the super team has looked solid but with room to improve. The match against the Brazilians didn't change that impression the slightest.

After losing Inferno 5-16, G2 managed to come back and swing it around on Mirage, but had it not been for NiKo dropping 36 frags, they would have lost 0-2. And we'd all been talking about how NiKo was cursed.

Instead G2 got an upper bracket matchup against BIG, who by the looks of it, could use a break. We're not quite sure tabseN got the memo, but he's playing in IEM Global Challenge next week as well.

They're not quite done in Blast Premier either, as they outlasted G2 in a BO3 that came down to the wire. That means BIG are through to the upper bracket final against Vitality, and a guaranteed top 3 finish. Is NiKo cursed?

Elsewhere s1mple once again had a masterclass performance vs Astralis, only to be let down by his team in two overtime losses against Vitality. That sets up Na`Vi with a match against FURIA later today for their tournament survival.

The Ukranian superstar did however get the 10,000th AWP kill in his career (thanks to our loyal speed reader Typho for pointing that out). We guess that's a small W.. ish?

Up next, right after the break

But this one is interesting. It was interesting before because it was supposed to be 2020 Counter-Strike's return to the LAN environment, but unfortunately the c-word got in the way. Again.

Not only does it feature the absolute top tier of teams CS:GO has to offer right now - and BIG - but once you read that list out, there is no way your mouth won't start watering. For those of you too lazy to look that list up - which is, let's admit it, most of us - we'll help you out.

It's composed of Heroic, Vitality and FURIA, who got there through winning ESL Pro Tour tournaments, and Astralis, Complexity, Liquid and NAVI, who acquired their ticket through the ESL rankings. BIG comes in as the last participant, replacing Chaos through the ESL World Ranking.

Sadly for Complexity, they'll be without poizon who had to get emergency surgery. We hope he comes back stronger, although that'd be scary from a player that sports a 1.10 rating in 2020.

TL;DR verdict for IEM Global Challenge: We like the simplicity of this tournament for a change.

$500K on the line, eight teams, two groups, and a playoff bracket that fits on a piece of A4 paper.

And if it involves the winners of big tournaments like IEM Beijing-Haidian and IEM New York for example, there's no way it'll be boring. Right?

It's a dirty job, but someone's gotta do it