s1mple took that #2 placement personally, mousesports have begun a new era and the ESIC have been keeping our scene clean.

Taking the trash out 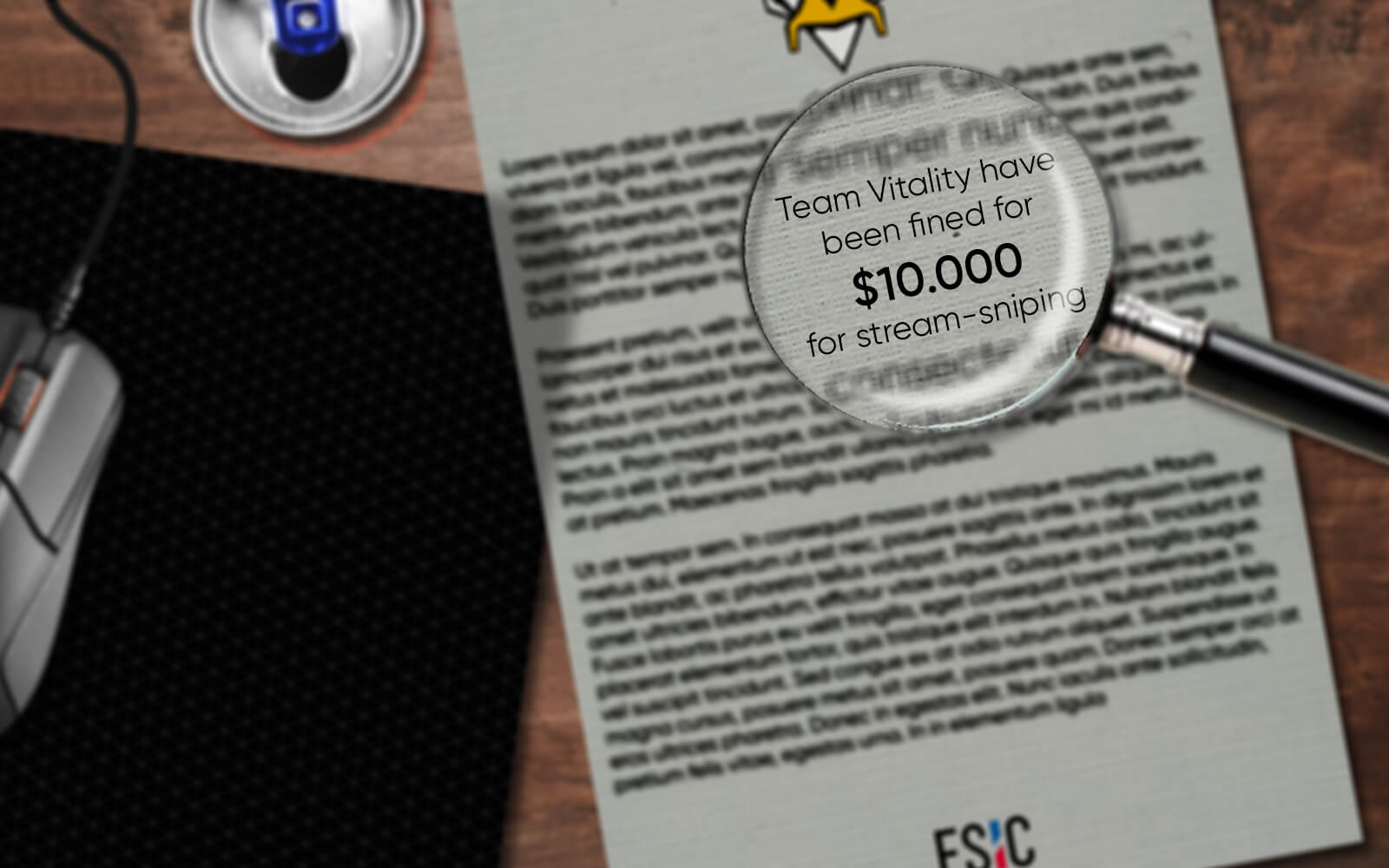 Back in the early 1800's, when NiP were in the middle of their 87-0 run, the UK exported a whole bunch of criminals across the planet to Australia.

Now we're not saying that contributed to anything, but 35 people in the Oceanic region just got busted for betting-related offences. We'll leave the conclusions up to you on that one.

Perhaps the bigger story, however, is that Vitality have been fined $10,000 dollars for having the stream of the game they were playing on in the background. They could have just done 'the Nivera' and peek over ZywOo's shoulder to watch the game - it's the best view anyway.

Worryingly it was in view of the players if they turned around, and of course, the internet went wild and called them stream snipers, complaining about the society that we do indeed, live in. But ESIC as more moderate people, fined the organisation, concluding that it was just the staff watching it.

Nothing nefarious going on, guys. Except ZywOo's gameplay. Sheesh!

May this be a lesson to us all.

If you come at the king, you best not miss. Because he certainly won't.

You can throw ZywOo at s1mple, the guy who beat him to the #1 spot. You can throw ELiGE and FalleN at him. Hell, Astralis threw half of Denmark (well, six players) at him. Our God is an unforgiving one.

s1mple smote (which, apparently is the past tense of smite) all of the non-believers, all of the demi-gods, all of the demons in his path. Natus Vincere wiped the floor with Astralis on the final map, and once again NaVi had their star at the top, like a Christmas tree.

Even ZywOo was unable to stop a rampant s1mple, though it's fair to say his team wasn't backing him up all that much. A pretty nasty choke on map one got NaVi's tails up, and even though electronic didn't show up in this or the final, it didn't matter.

There were murmurs that maybe s1mple was the problem, that maybe NaVi needed to build around someone else.

We think those murmurs might be a bit quieter for a little while. 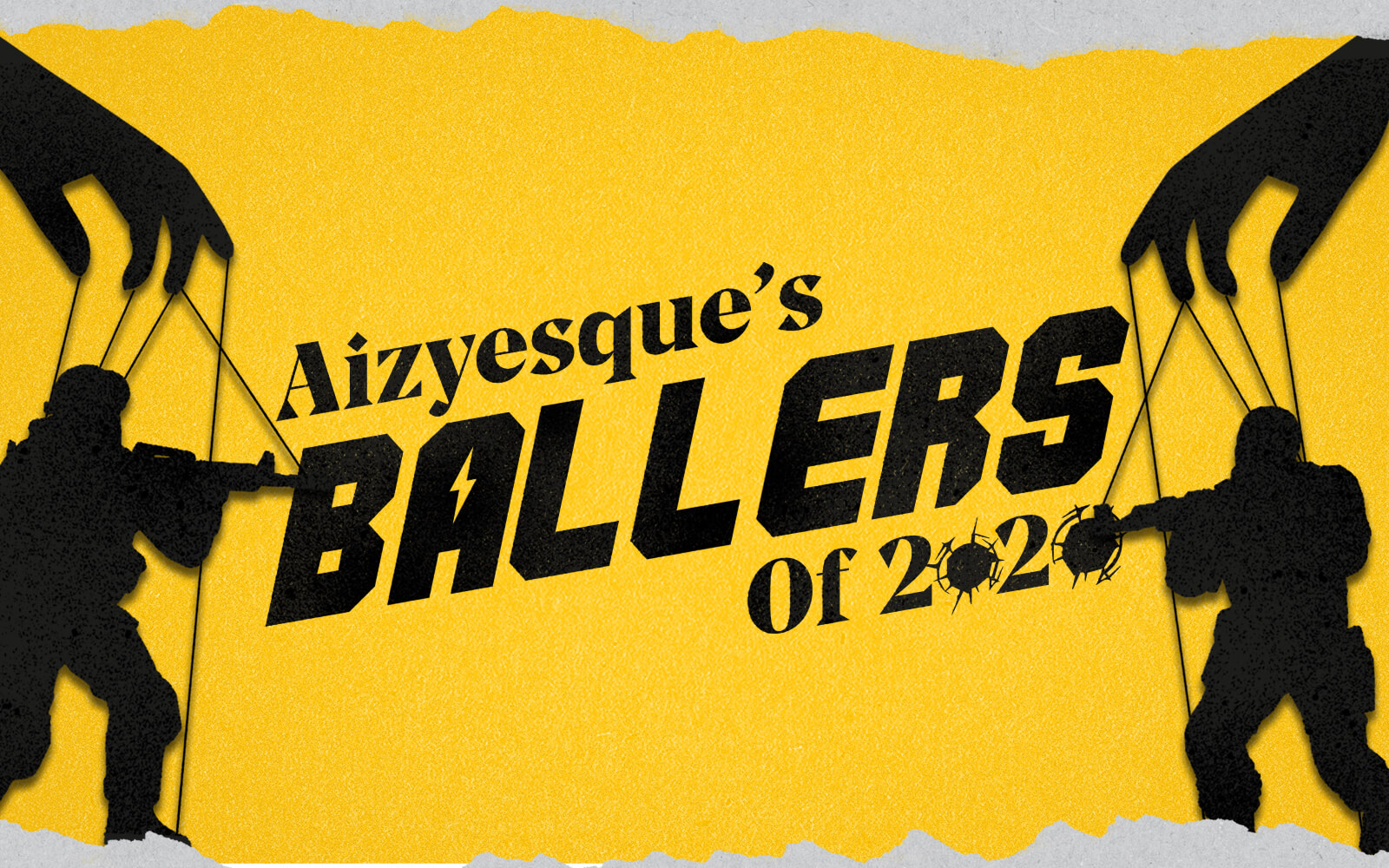 2020 wasn't the best year for... well, anything. But don't worry, at least one good thing came of it. Twenty good things, in fact - and we've got one of the twenty best writers at TLDR to tell you all about them.

s1mple #2? ZywOo #1? Don't worry about that. On the only list that matters, neither of them show up. Leave your high ratings, game sense and natural ability at the door, and dive in to the madness that is...

What napz assured was "basically impossible" and "would only happen 'on Saint Juttemis'" - we had to google that one as well - has happened.

chrisJ has left mousesports, and this time it's looking like it's permanent, so no benchJ 3.0 unfortunately.

The Dutchman had been linked to a move to ex-GODSENT recently, which suggests he will be gone for good, after seven years of loyal service.

His replacement? The MAD Lions snappy AWPer going by the name of acoR.

Another Dane on mousesports, let's hope they don't turn in to North. Karrigan has also been linked to a roster move, with dexter replacing him, but there has been no news on that front as of yet.

In other news, Extremum has acquired the remainder of the former 100 Thieves, with the lineup being completed by bntet instead of jks, who is now on Cloud9.

Speaking of Cloud9, their former coach, Kassad, has rejoined the Australian project as well, along with LETN1 as Analyst and Team Manager.

And finally, forZe has been going through some unexpected changes, with them fielding Aunkere and Woro2k - the latter being a predicted future talent of s1mple - instead of xsepower and facecrack, who've left due to "personal reasons".

No one is quite sure of what this means - probably not even forZe - but for now the changes seem temporary, so we'll just have to wait and see.