Liquid have gone back to an ex, NBK is coming to take down an ex, and DreamHack Masters is... ex-citing. No, we won't apologise.

Liquid don't listen to us

Liquid drop adreN the 'u up?' text 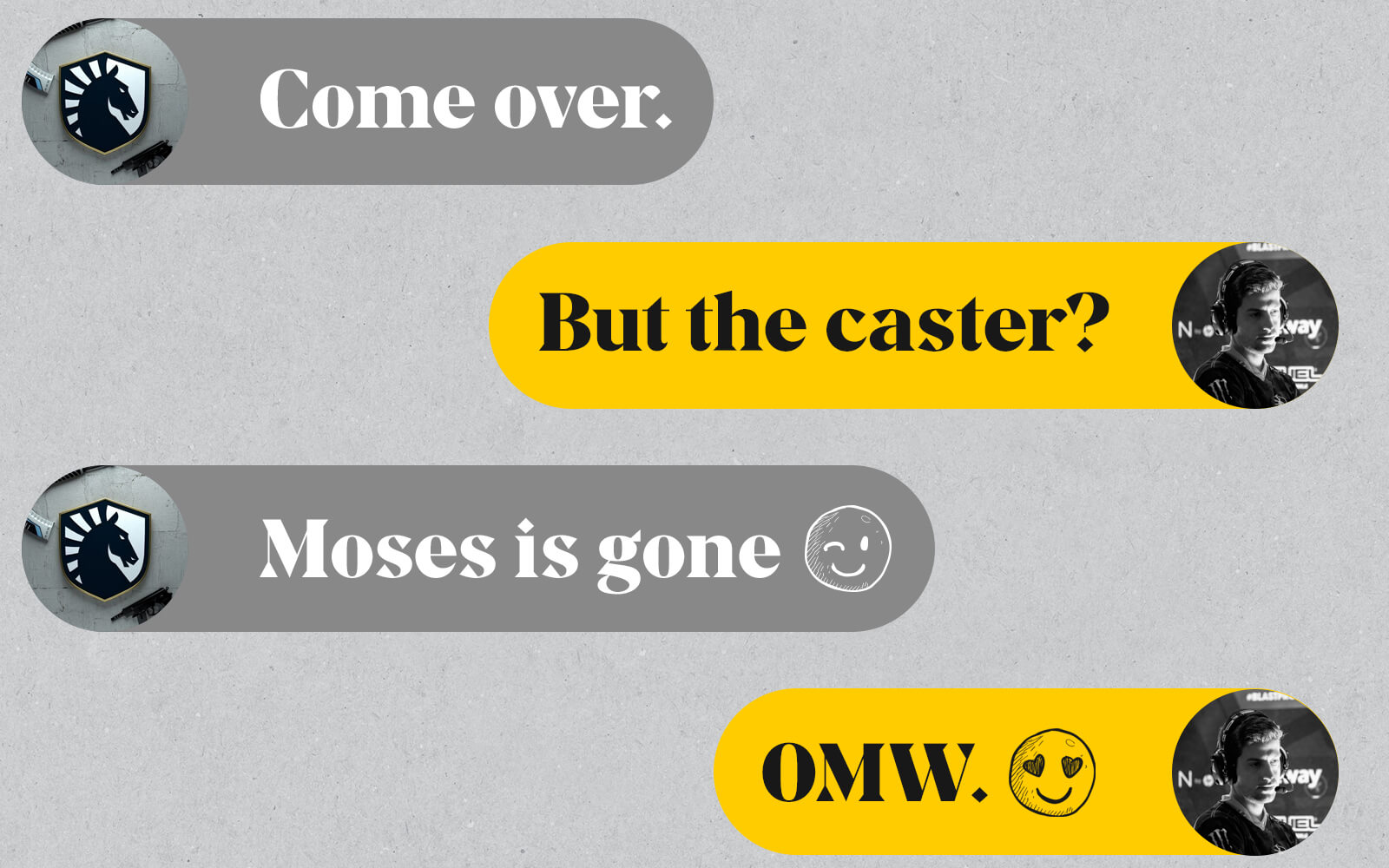 We said last week that you shouldn't go back to an ex, even though we couldn't resist. You know, the old, do as I say, not as I do, thing.

Liquid did what we do, not what we said.

Moses is out, and adreN is back in as a coach. Turns out they missed whatever it was that adreN was doing, which begs the question: why get rid of him in the first place?

Did he just not get on with Twistzz?

Liquid have been fading a bit in recent months, so it makes sense they'd try and go back to what worked. We reckon they tried to bring Nitr0 back from VALORANT, before going "fine, we never wanted you back anyway" and quickly slid into adreN's DMs.

The silver lining to all of this is that hopefully we get Moses back to casting, something he's already proven himself to be really good at.

Either that, or he and HenryG can team up to make a mediocre team. Anyone got millions to throw at es3tag?

Some five years ago - when a much younger and much naiver napz started watching Counter-Strike - one of the first teams he supported was EnVyUs. One player in particular attracted his young CS:GO discovering mind. His name? Nathan "NBK" Schmitt. What a mistake.

Little did he know he would be watching disappointment after disappointment, with his love for the team dying with the departure of KennyS and aforementioned "Natural Born Killer".

If only he had held on to that love for NBK though, maybe then he would've been excited to see him do so well in DBL Poney, and excited at the prospect of him staying on for just a little longer. That maybe would've him more blind for the conflict of interest that arose between OG and NBK, the latter still being under contract with the former. Maybe...

Although apparently that's been resolved now, with Valve, OG, DBL Poney, and NBK all coming to an agreement. This of course perfectly sets him up to get revenge against his former team, possibly denying them some major Major points. Either way, we prefer this timeline. Supporting mousesports was the better choice, right?

Time for another Heroic/Gambit final?

DreamHack Masters concludes this weekend, and we're pretty sure we already know who the finalists are going to be.

But first off, G2 take on Astralis, in the 'we no longer have our legendary AWPer' derby, and FURIA take on NaVi in the 'what the hell is going on' derby.

The G2/Astralis winner takes on Gambit, and probably loses, and Heroic will likely beat the winner of NaVi and FURIA. Maybe s1mple is going to go supernova and smack everyone, but Heroic smashed Astralis and... we don't think NaVi are that much better.

We're rooting for FURIA personally, but we're not getting our hopes up.

Maybe AmaNEk is going to go full MSL and smurf with the AWP. You really never know.

Valve shake up the map pool

Wish you were here, Train 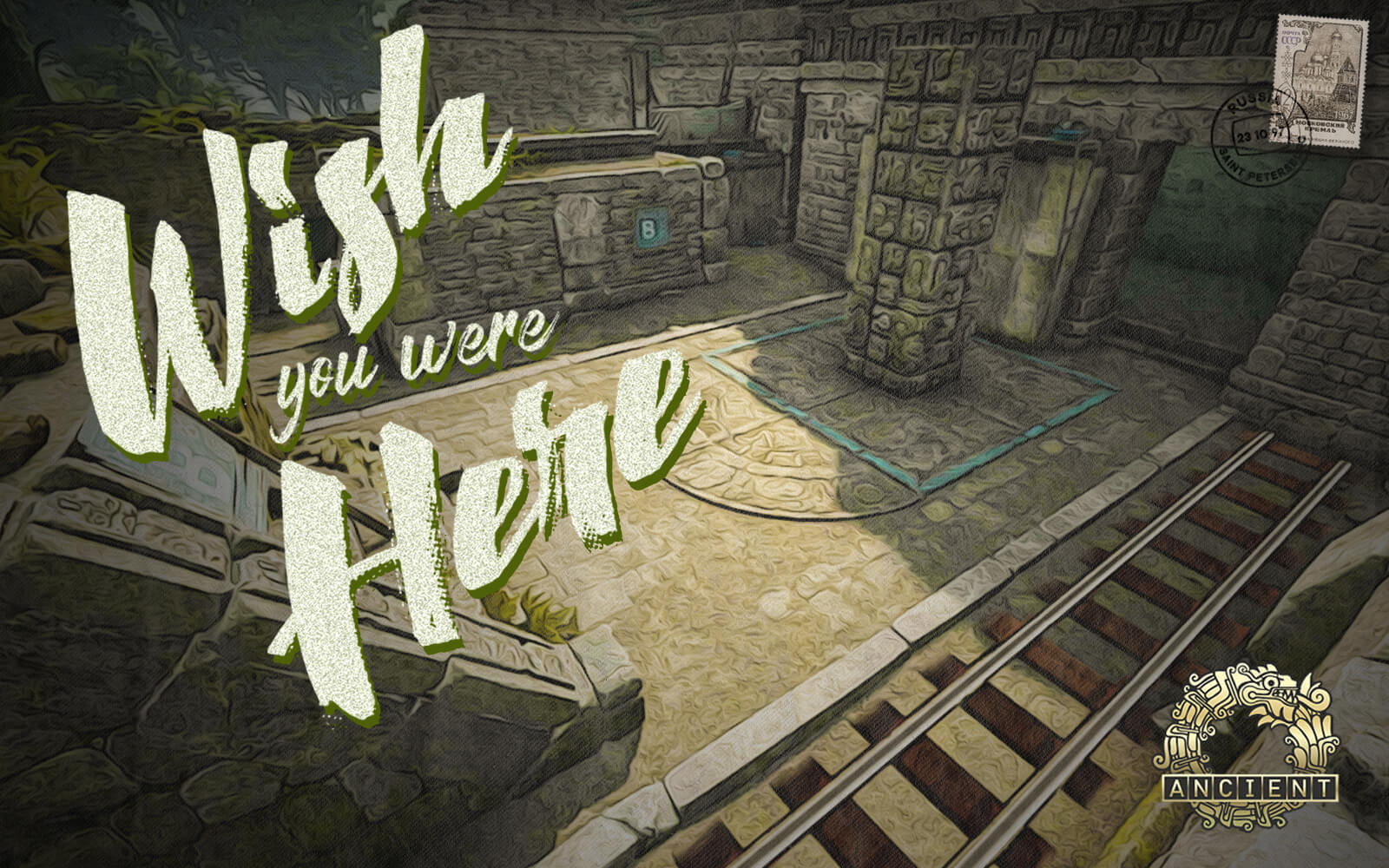 Valve went a bit wild this week. They updated the chickens.

Oh, and some nonsense about cutting Train and putting in Ancient, that we thought was just like Device to NiP - a bad joke.

Uh, except they both happened. Supposedly. Device will be playing Ancient for NiP.

We actually quite like Ancient - and we think it's awesome that Valve are shaking up the map pool. It's just... why Train, man. While yeah, it's the least played map of all of them, it's also in our totally unbiased and objective opinion, one of the coolest.

Dust 2 was like, right there. Get rid of it.

It also says a lot about what Valve think about Cache, which is to say, not a whole lot. They reworked it, put it back in the game... but Ancient gets in ahead of it?

We're excited to see what happens, but we're a little tentative. And we're going to miss Train. A whole lot.

Look at all those chickens!