Hungary might be exporting a star, NiP are looking inwards for one and Astralis took Extra Salt to the stars. 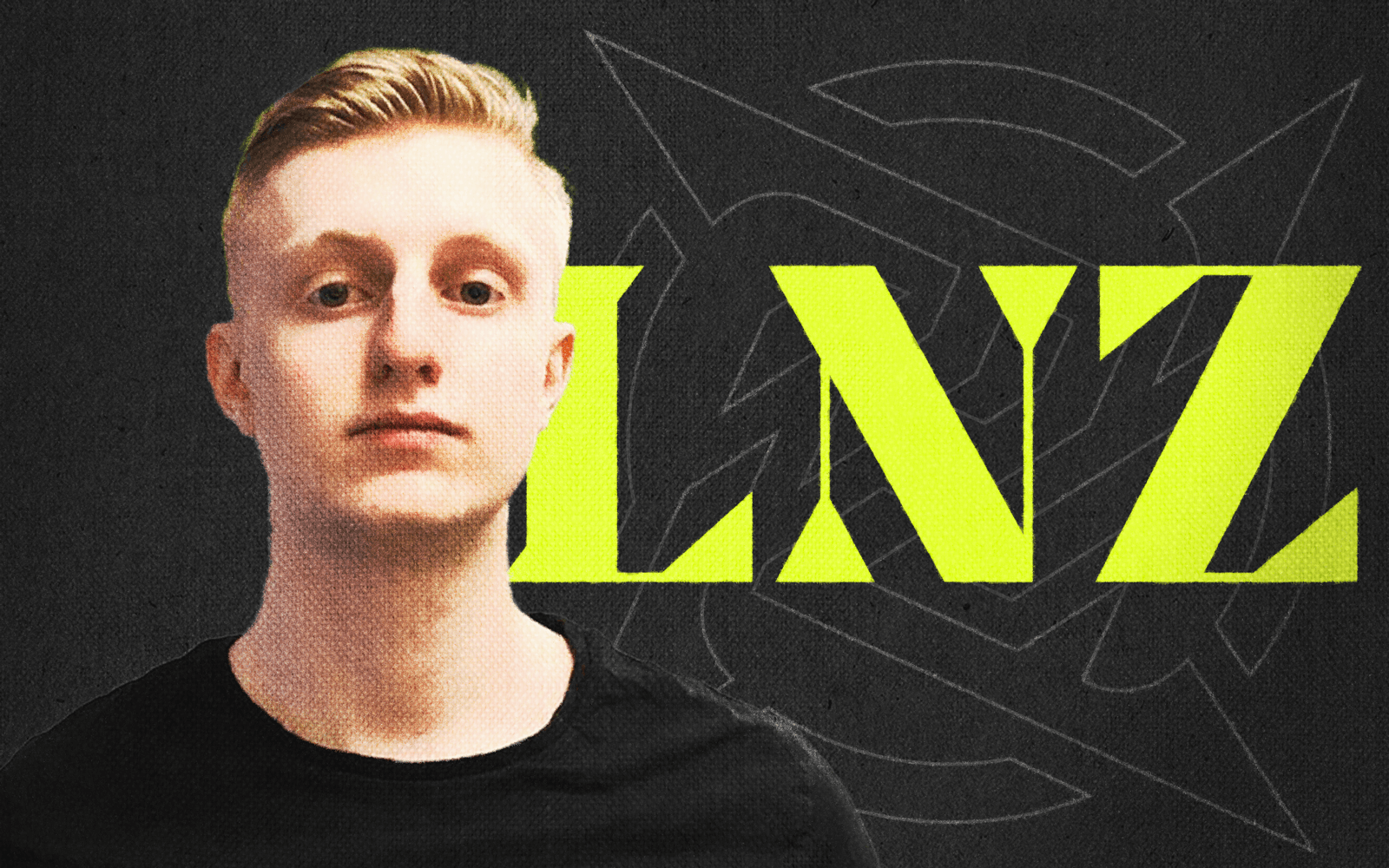 Swedish talent ztr - our sarcasm detector is off the charts - has had to make place in NiP for LNZ. The 18-year-old, boasted a staggering 0.86 rating in the last three months.

Essentially, they've swapped places. LNZ doesn't do much better in the stats department, with a 1.04 rating over the same period, but at least he is in the positive numbers. It's hard to blame ztr however, because as some of the more observing among you may have noticed, ztr never really played the best positions.

You could say that device has been relegated to a 'babysit the academy player' role. NiP have decided their 'four man core' will be supplemented by one of the Young Ninjas players. And now it's LNZ' turn to try and prove he's the kid for the job, with ztr's confidence needing to be rebuilt in the academy team.

Condemned to playing a dedicated support role - though nowhere close to SANJI levels - ztr never really had his time to shine. Sure, there may have been some monster level plays here and there, but nothing to particularly write home about. And not enough to stay on top.

But hey, who can blame LNZ. When you're fresh meat: kill, and throw them something fresher. And ztr was a pretty easy kill. One is left to wonder whether or not ztr was just a constrained lion, or an incapable sheep however.

Which only makes the choice to put him in the academy team even better, as NiP are clearly showing us that they're willing to give him another chance. He just needs more time to grow. Happily ever after!

The freshest talent since... deadfox

Anyone need an AWPer?

One of the most 'fun' parts about roster rumours is learning about new superstars who are much younger and better than you are already.

Today the player we're learning about together is torzsi, who is the most talented player out of Hungary since... well, Deadfox. But, like...

The teenager has been tearing apart the lower tiers on Budapest Five with his AWP and has generally been considered as the hottest talent from the region - but he's left Budapest Five.

Why, you ask? Well, he has been bought out of his contract. But the fun part is, nobody seems to know by whom.

There's a certain team perhaps mentioned in the headline of this email that could be interested, or it might be someone less high-profile. We think EXTREMUM would be a really spicy move, while FPX could be a potential one should Farlig move to Astralis (which was rumoured behind the scenes at one point).

One thing to be aware of is that torzsi is an AWPer - not a hybrid, a straight up AWPer. Over half of his career kills have come from the big green gun, so it's not like he'll be going to a team to not use the thing. The Hungarian syrsoN. Or jdm. Take your pick.

Either way, keep an eye on this kid.

Well, someone needs an AWPer...

It's not been a great day for NA. More on that one later...

Junior, who was one of the brightest talents from the region, hasn't had the best of times on FURIA. It was a step-up, with FURIA changing language, but the American's own form has slipped a little.

He's decided to go back to NA to rediscover his form, relax and get his head back in gear for the challenge ahead. From the communication from the player and the team, it's a temporary thing, but with a potential Brazilian superstar becoming available...

Look, we've championed Junior here for a while but it's clear that this move hasn't worked out just yet. But then, anyone brave enough to leave the comfort of NA to join FURIA and put up with arT must have something about them.

In the meantime, Honda will be deputising. Expect more terrible car puns on Twitter every time he plays. That's what we missed.

olof is back, but at what cost? 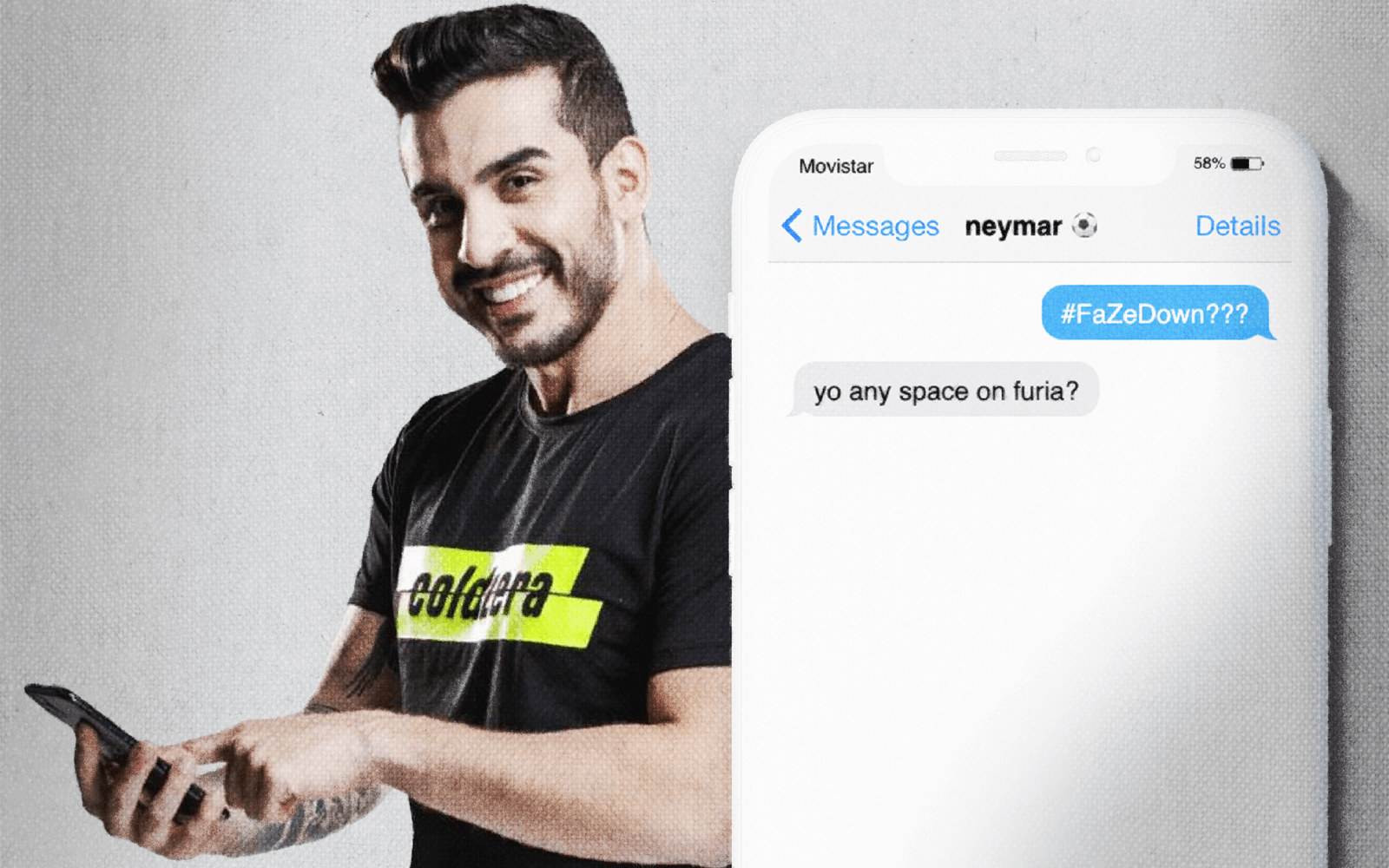 FaZe have needed to make a change for a little while and it seems they found their victim - but you might be surprised to see coldzera was the one who has been benched, over the under-performing rain.

The real reason is that it seems coldzera wanted to move on when his contract ends, as he tweeted. However, we would instead like to overreact, ignore that and say FaZe have NO IDEA what they're doing.

Maybe it's a North cosplay, benching your good players just to upset people. Maybe rain is a dictator who cannot possibly be cut for fear of execution.

Maybe coldzera is telling the truth. Nah, can't be that one.

That's the two-time #1 player in the world on FaZe's bench, with a replacement yet named. Well, they have a replacement, but surely...

Surely olofmeister isn't the long-term replacement? He... he can't be, right?

He's back for now, and FaZe will be rocking with olofmeister at least until they find a different fifth. coldzera on the other hand has a few options, with many suggesting Liquid or FURIA as potential spots. Even more so now.

We'd like to see something spicier - EG, NiP or Complexity would be incredibly interesting.

Maybe you should try to correct your own form, before you sign a player whose form needs a little fixing. Just a thought.

We're keeping it cool this summer

We'll keep this short, 'cause we've done a lot of round-ups recently and there's loads of news. If you want to check on any game in particular, here's your HLTV link.

Don't click that if you're American. You might find out that Extra Salt got SMASHED. Like, 16-1'd by G2, 2-0'd by Astralis. Not pretty. At least EG flew the NA flag high - they took down Spirit, even without zews. We couldn't find anywhere else to shoehorn that in.

The other team who are out are Sprout, who similarly went home without winning a map. They got bodied by Gambit and then Complexity. Gambit will face Astralis in an elimination game today (after Gambit lost to Vitality, 2-0!), with NiP and FNATIC also looking juicy.

The best performance of the day was maden, who grabbed 42 kills on Ancient, of all maps, vs G2. The best clip, though, goes to YEKINDAR, with this astounding feat of spray control. Click it. Click the link, or by s1mple we will come to your house and click it for you. It's DISGUSTING.

The teacher becomes the master...