What the hell is Fnatic going to do, and why is the answer MSL? Plus we're returning to LAN this week and NaVi beat their boogeyman.

Into the Dark Ages

What's going on with FNATIC? 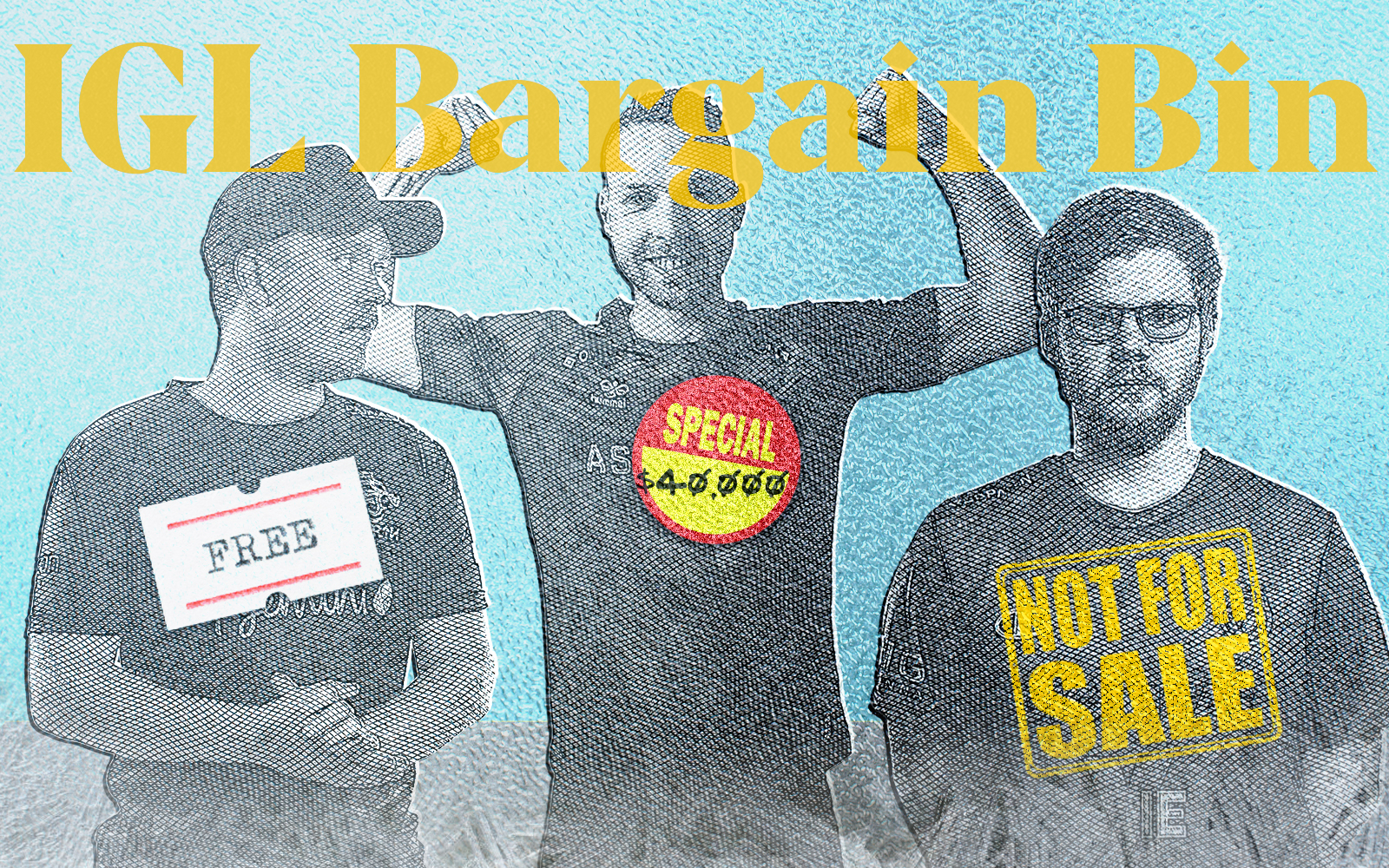 We've been pretty relentless with talking about FNATIC and their allergy to winning games - but we'd prefer not to, honestly. We'd like FNATIC to be good again! KRiMZ, JW and flus- ah, never mind. But, we'd like JW and KRiMZ to be good again at least.

One player who hasn't really been getting better - in fact, quite the opposite - is Golden. For that to change, you'd think he'd be grinding the game, right?

He could be on a smurf - but for what reason exactly - or he could be just taking a break with no games to come up - but do you really think gla1ve was taking a month off here and there?

It seems pretty certain that some change will happen with FNATIC given...  *frantically gestures vaguely in the direction of HLTV ranking* their place as #33. While Sweden seems to have a little bit of a dearth of talent, there's always Danish players.

We know, a Swedish team picking up a Danish player. Will never happen.

You could pick up Lekr0, but we've tried that one before. f0rest to FNATIC would be SO hype, but we just can't see it happening. There might be some Swedish players we're not considering, but they won't even try out the one they signed.

Now, where would one find a Danish IGL to replace Golden? If only gla1ve's contract was running out, or even... nah, they wouldn't, would they?

IEM bloody Cologne is back

OH MY GOD THERE'S SO MUCH CS TO WATCH.

And it's all on LAN.

Well, sort of. Give us a sec to gush over the CS.

On the first day of Play-Ins (Tuesday) there's 8 BO1s and 6 BO3s. That's fourteen games in one day. We hope you've got nothing planned for the next two weeks.

Bad News Bears take on mousesports in the first round of games (good luck to our NA readers who are staying up to watch that!) which is the pick of the early games. Renegades v Vitality and EG v FaZe are a couple of other very watchable Play-In games, and our recommendations to watch.

That goes on for two days, with eight of those teams going through. Can't wait to see which team beats FaZe to keep them out!

The real tournament is very much more of the same. Loads of CS, loads of LAN, loads of teams playing each other. The usual. Some kills too, hopefully. In the server, obviously.

So, for the LAN bit - the event was supposed to be in a studio in Malta, but just four months ago it was changed to be a 'hotel LAN' in Cologne due to travel restrictions. So while it is a LAN, it's not quite the full stage and studio you're imagining.

If you want to know more about the LAN thing, Carmac gave an interview with HLTV. It's pretty long, though. He does mention that if teams aren't allowed in, they'll be replaced by some Play-Ins teams.

Maybe FaZe can make it to the real thing after all.

What's going on with Astralis? 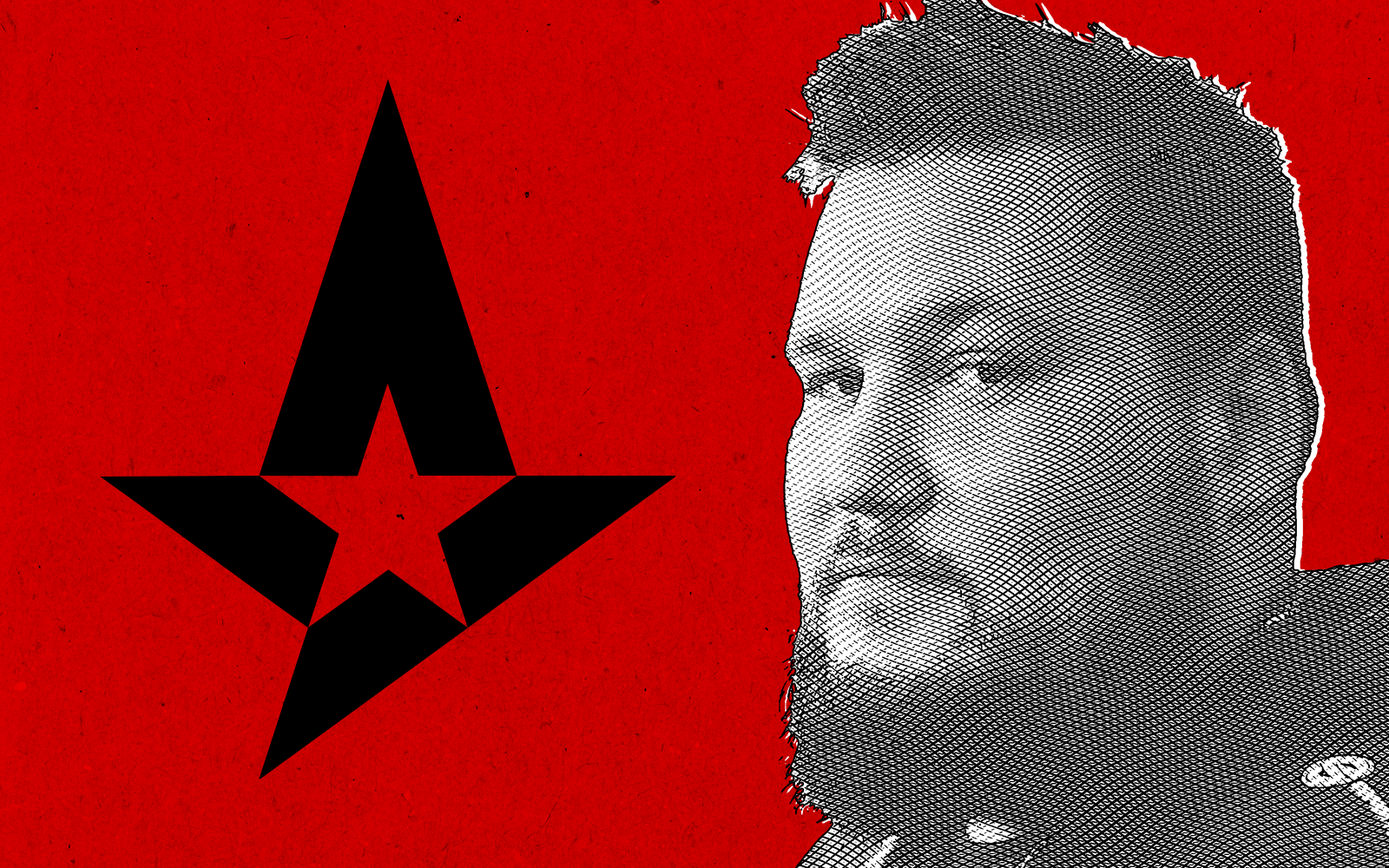 Though everyone kind of already knew it, nobody wanted to admit it. Astralis are cooked. Stick a fork in 'em. Astralis as we knew it are over.

Alright, that might be slightly hyperbolic - but with zonic reportedly leaving and the other four still not signing a contract to stay, it looks well.. not good. We say four, because Bubzkji still has a year left.

Poor guy is going to be sat on his own in Astralis' headquarters while the rest go play CS.

His Astralis career is ending how it started.

zonic is the first one to be publicly reported looking for other opportunities, but if the others weren't looking to move they surely would have committed their future to the org already.

What this does mean is we're one step closer to our collective dream of getting a hug from the big man.

We just need to hire him, somehow.

The sixth time is the charm

One in five for NaVi

Which doesn't even matter, because this newsletter is free! And it's not for a limited time only, because this email will stay in your inbox forever.

Anyways, enough marketing, let's get to the CIS RMR.

Or "The s1mple show*"*, as most CIS events are named these days.

NaVi, who had lost 5 consecutive games to Gambit prior to the final, managed to string two wins together, as B1T came through on the fourth map with a monster performance, before the whole thing was decided on Inferno.

Usually, NaVi wins when s1mple carries. Which he didn't.

On the other hand Gambit just wins. Prior to the Grand Final of the CIS RMR tournament, they had won 15 games in a row, with 5 of those being against NaVi. We guess NaVi should've agreed on a stop-word before engaging in S&M.

But this time, electronic wanted it differently and through some clutch 2nd half rounds, NaVi ground out a 3-2 win.

With the victory, NaVi solidify their position as the #1 team on the CIS RMR standings, while Spirit is 2nd, just in front of Gambit. Virtus Pro meanwhile needs to outplace forZe by 850 points in the last event, to not miss the Stockholm Major.

DreamHack Open North America June 2021 - try fitting that on a billboard - was won by **Extra Salt. Which nets them a qualification to IEM North America Play-In later this Fall, and $30,000.

O Plano, who were supposed to be the next big thing in Brazil, got a cute little second place, but apparently doesn't plan to ever get out of mediocrity.

paiN and Party Astronauts (we don't know either) took third and fourth, while GODSENT are yet to do anything spectacular after picking up TACO and felps. But oh well $2,500 for 5th is something we guess.