dev1ce was like an egg hitting a stone, when NiP faced off against the Kovačs in Avicii Arena. And yes, it was that bad. 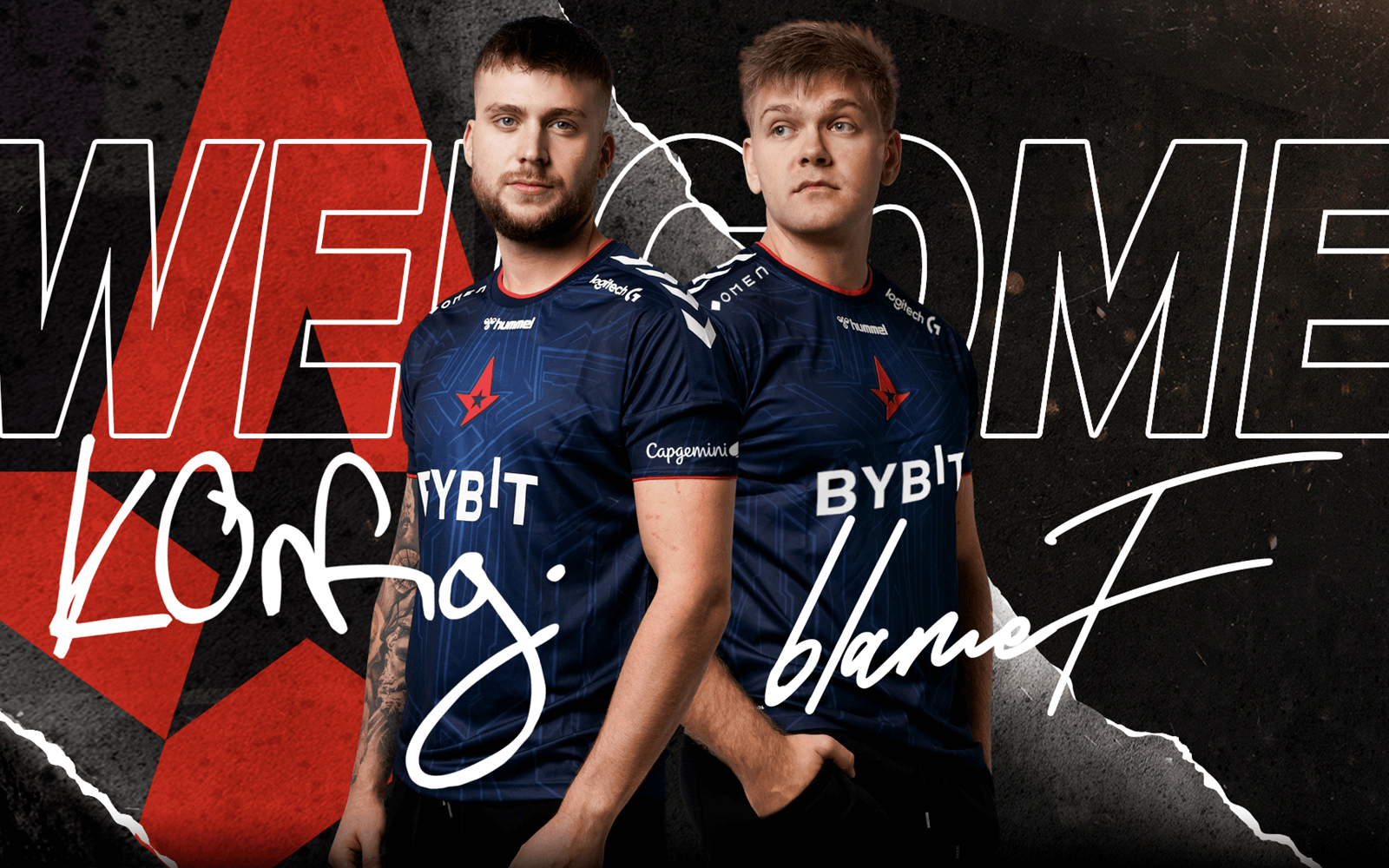 Oh, come on. You didn’t really think Astralis would let the Major steal their spotlight?

After an.. interesting showing at that Major, placing 12th-14th, Astralis announced the departure of zonic, dupreeh, and Magisk, and the succession of k0nfig to dupreeh’s entry-fragging throne.  After all, it’s quite fitting that the sinking ship has some leaks.

But, Astralis have managed to plug a few holes in their leaky ship, keeping the identity of the replacements for zonic and Magisk secret until the announcement (unless you’re a certain pundit on Danish TV).

But it’s quite hard to be secretive when the signing is as big, literally and figuratively, as blameF. Having starred - sometimes - as Complexity’s IGL and best fragger blameF can now completely focus on his own game. Finally, he gets a break from having teammates quitting on travel days, alt-tabbing during practice, or slipping over in an airport.

In blameF Astralis get the benefit of an incredible mid-rounder to help gla1ve, as well as a rifler with ratings comparable to a NiKo or ropz. In a round-about way, he is the real dev1ce replacement, providing that MVP level firepower Astralis have been sorely missing.

The new Astralis will have turn name value into results, but at the very least it can’t be boring. Right?

Here's how their roster looks now:

Catch up on the Major

Before we dive into the real story, we'll just catch you up on what has happened at the Major, since we sent our last email on Monday:

With the conclusion of the Legends Stage's group stage, the play-off bracket was set with the following match-ups:

And now to the real deal.

This is peak NiKo

Remember all the established players saying "LAN's different, just you young online-heroes wait till we get back there", and all the youngsters scoffing at them?

So if NiP were to have any chance of being first team since Cloud9 to win a Major on home soil, they'd have to neutralize him.

If that was their plan, it failed spectacularly. NiKo went 23:8 in the first 15 rounds on Inferno, posting a 139.5 ADR and 2.18 rating, and despite him faltering a little bit on the T-side, he stepped up and crushed the Swedes as they tried to mount a comeback.

The only thing more quiet than the coaches, was the Avicii Arena tonight.

In the end nothing that NiP did really worked out, and apart from leading 2-0 on Mirage, they were trailing the entire match.

It didn't help that LNZ ended up with an 18-35 scoreline over the two maps, but dev1ce went missing too, and whereas the former is an academy graduate, the latter was a $1,000,000 marquee signing, meant to lead the line at a Major.

dev1ce didn't, and his 37th place in the individual ranking places him as the 8th best Dane and only the 3rd best Danish AWPer of the tournament.

NiKo on the other hand? 4th in the individual ranking and looking to claim both a Major win and MVP if everything goes right.

Tune in to this week's episode of Overtime on Inferno where your favorite host aizyesque, is replaced by napz, and Logan Ramhap helps the Dutchman get over his broken MOUZ: 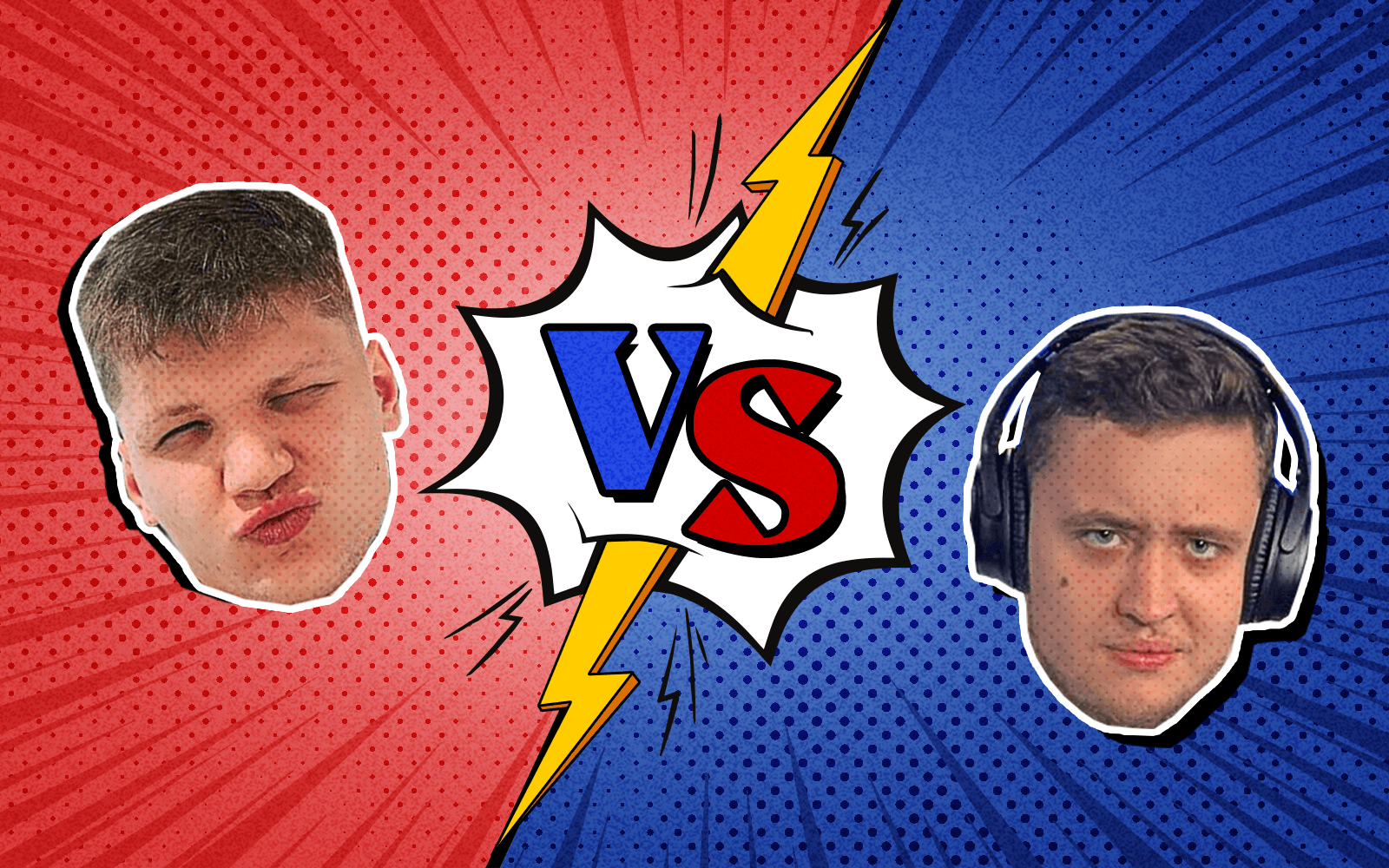 The final before the final. The clash of the titans. The climb of the mountain goats. Insert more metaphors here.

It's a real shame we get this matchup so early on, but hey - blame Vitality for stinking up their pants in the Legends stage.

NaVi, who have looked strong leading up to this stage, take on the dwindling Vitality. Only advantage for the Frenchmen? If you really twist the narrative, then you could say Vitality have played more games so far.

NaVi are on a real tear this year, and the Major is no difference, and no player has fallen below the 1.00 line in their rating so far.

Sure, s1mple still takes top of the scoreboard more often than not, but it's by no means a 1v9. He's even being outdone by B1T in rating.

Meanwhile over on the French side, it's ZywOo all over. shox and apEX trail closely behind, but Kyojin and misutaaa really have to start catching up. Or ZywOo has to do it all, whichever comes first.

Before we can enjoy the NaVi vs Vitality matchup however, we have to sit through the dreadful Gambit vs FURIA. What a punishment...

Can arT be in spawn before Gambit win the round, or is Hobbit taking his team to the fiery mountains of the semi-finals? Whichever it is, as long as they don't beat NaVi there, our Diamond Coin hopes will stay safe. Pray to Gaben, and s1mple.