We met some amazing fans, we had a great time at the major, and not much else really happened during the week. Unless you count everything else that happened. Ahhh!

Fan at the major

An incredible experience, start to finish 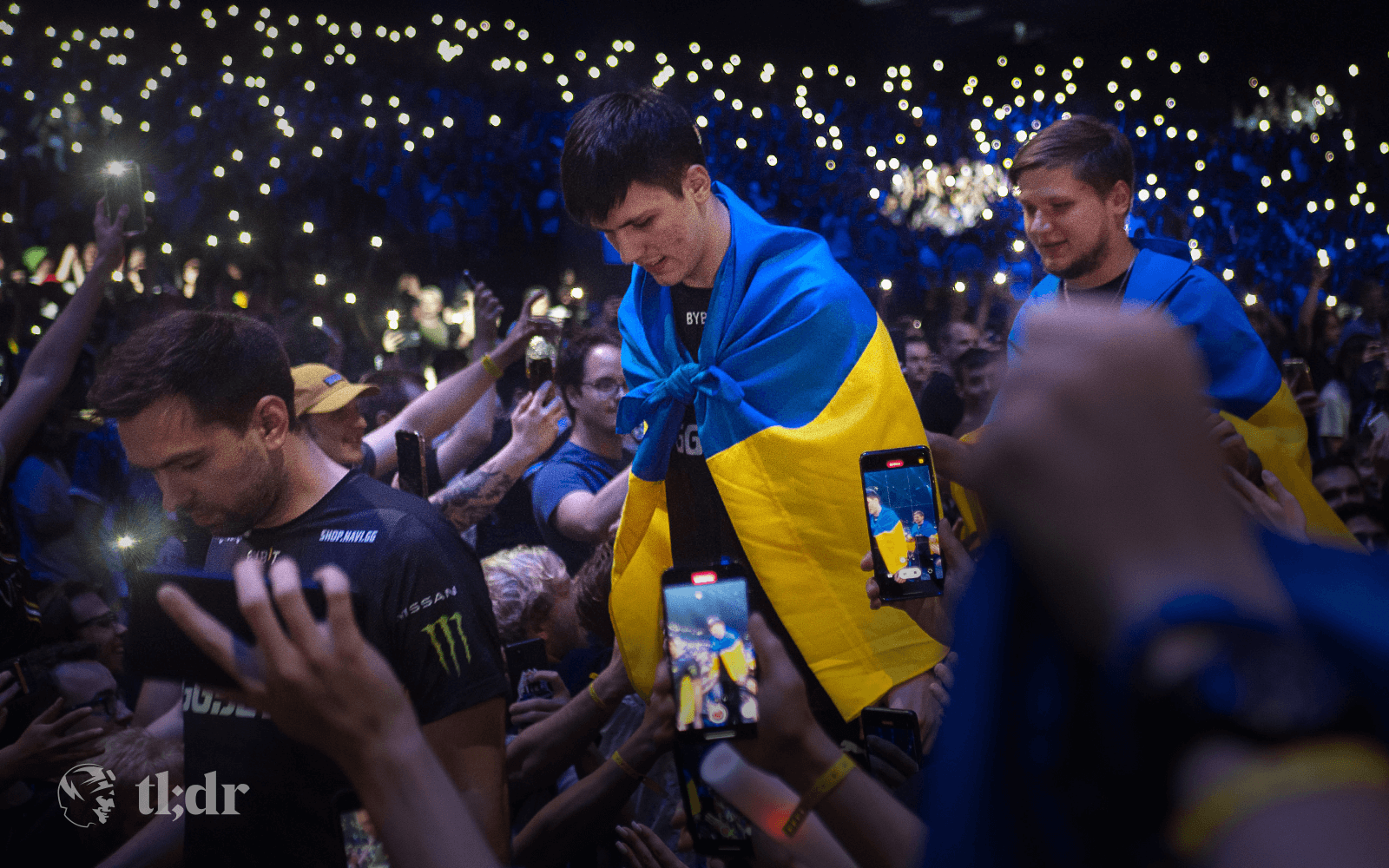 Didn’t attend the major? Enjoy this first-person report by Adam ‘Incipiens’ Conway, our copy editor and photographer who was on site.

With the roar of the crowd and the energy in the air, the PGL Antwerp Major was one of the most incredible experiences I’ve ever had. And that was just meeting the other members of TLDR in the flesh.

From start to finish the crowd was immersive, a hive mind that swallowed all that entered it. Chanting, screaming, celebrating, it was an all-encompassing experience that enthralled anyone that stepped inside of it.

Adjacent to that amazing feeling of intimacy across thousands of fans was the sports-like tension across the arena. Vacillating chants of “NAVI” and “FAZE CLAN” filled the air at nearly all times. A game in itself of which supporters were the loudest. For many, it wasn’t about who won, it was about the game we all know and love.

Though it’s fair to say some of them did care who won. Someone should have told the ‘G2 Army’ about the Legends’ Stage.

Fans of the game from across the globe were in attendance. The Brazilians riling up the crowd from the very center. I asked one of them who they supported, and they told me that they didn’t care who won, they were just happy to take part in one of the best Counter-Strike events of the year. Easy to say when FURIA got dusted, though.

The lead-up to the final was hypnotic, and every Counter-Strike enthusiast was ready to go.

The show match first took place, with Frankie Ward and James Banks being their own hype people to get the crowd even further on edge before the main event. The crowd, of course, played along. Whenever any of the players bought an AK or an M4, the player who purchased it was met with a chorus of boos from the crowd. Serves them right, too.

No honour in rifling against Negevs, my friends. You might have won the battle, but not the war.

Following the show match was a lull, a lull where everyone anxiously began to wait on the final.

PGL filled the air with the announcement for Gucci Gaming Academy (curious about that? check our podcast interview with one of their coaches) and interviews with spectators, one of which actually happened to be a friend of mine who then got blasted for looking like Ed Sheeran. As a fellow ginger, I totally get it.

Everyone knew what was coming, and seeing people from the crowd, friends, and others, made it feel as if we were on the screen alongside them.

Esports is the fans, and we were all esports.

The final was the boiling point. Every single person in the crowd let loose, and a boiling point had been met. Hypnotised by every flashbang, every call, every kill, the crowd was hanging on the words of the casters and the action shown on the stage.

The final play of Inferno where Karrigan poetically made his last-second site-switch call work was one of the most beautiful moments I have ever witnessed in Counter-Strike, thanks to both the crowd and to PGL who made it exceptional.

Despite being sad it was over, I think that everyone left that arena satisfied.

I met some friends of mine who had traveled over from Ireland as well for a quiet drink near my hotel, and that’s what drove the point home to me.

While we all love Counter-Strike, it’s the community that we all love, too.

Every single person in that arena had one thing in common, and that one thing was enough for everyone to travel from far and wide to “just watch video games on a big screen”. Bloody brilliant, that. 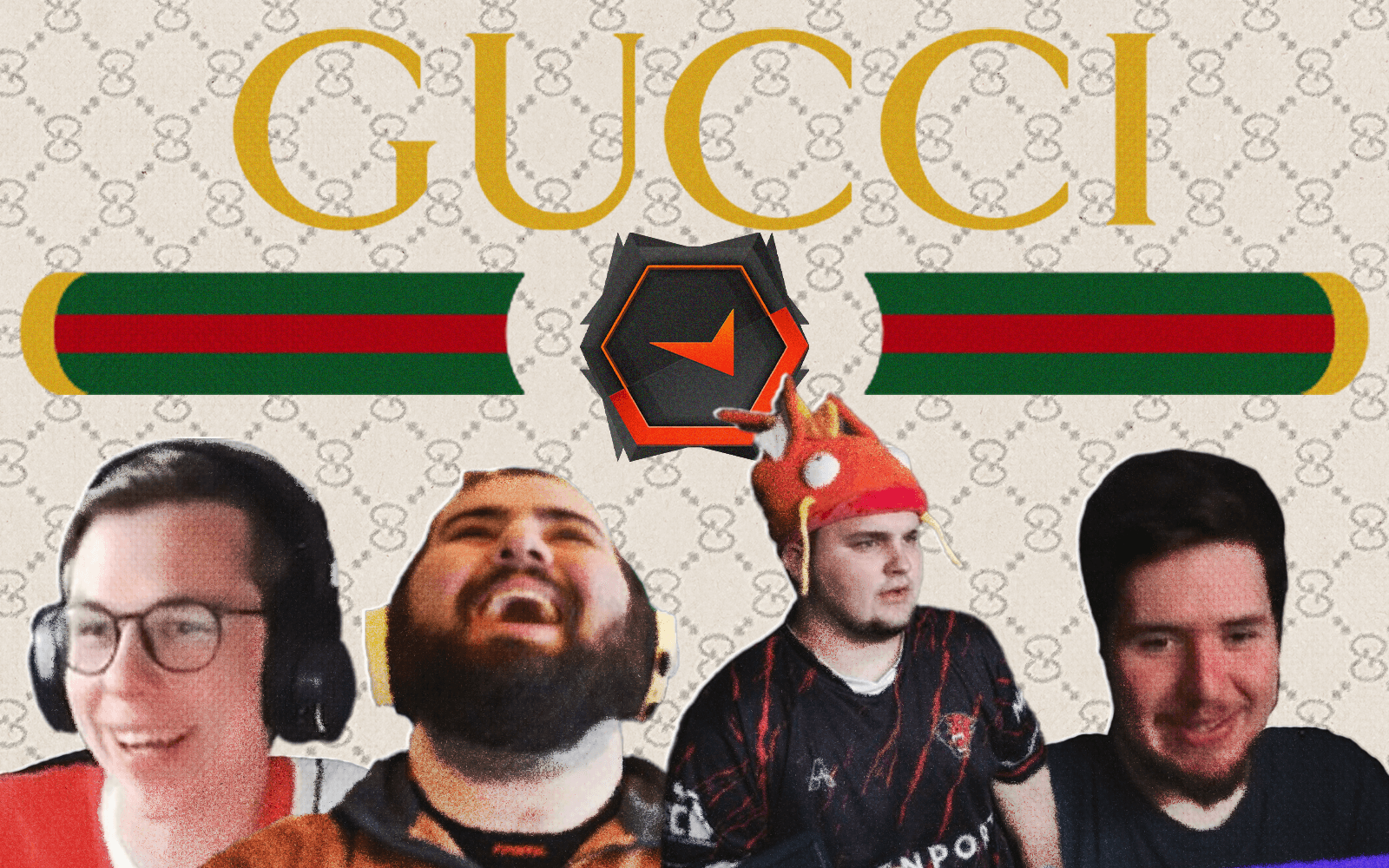 In line with our big Major special, we’ve got a spicy new Major podcast for ya’.

napz joined your warm hosts aizyesque and Logan Ramhap to talk some mad smack about the Antwerp Major - and then we had a special guest.

You might have heard something about Gucci - yes, that Gucci - getting involved with Counter-Strike.

If you, like us, are not a hypebeast and your eyes glazed over when you read the words Gucci Gaming Academy, we’ve got the man to explain it all. koi joins the boys to talk about the new Gucci initiative, and maybe some insights on North America and MOUZ, too.

The games and the vibes 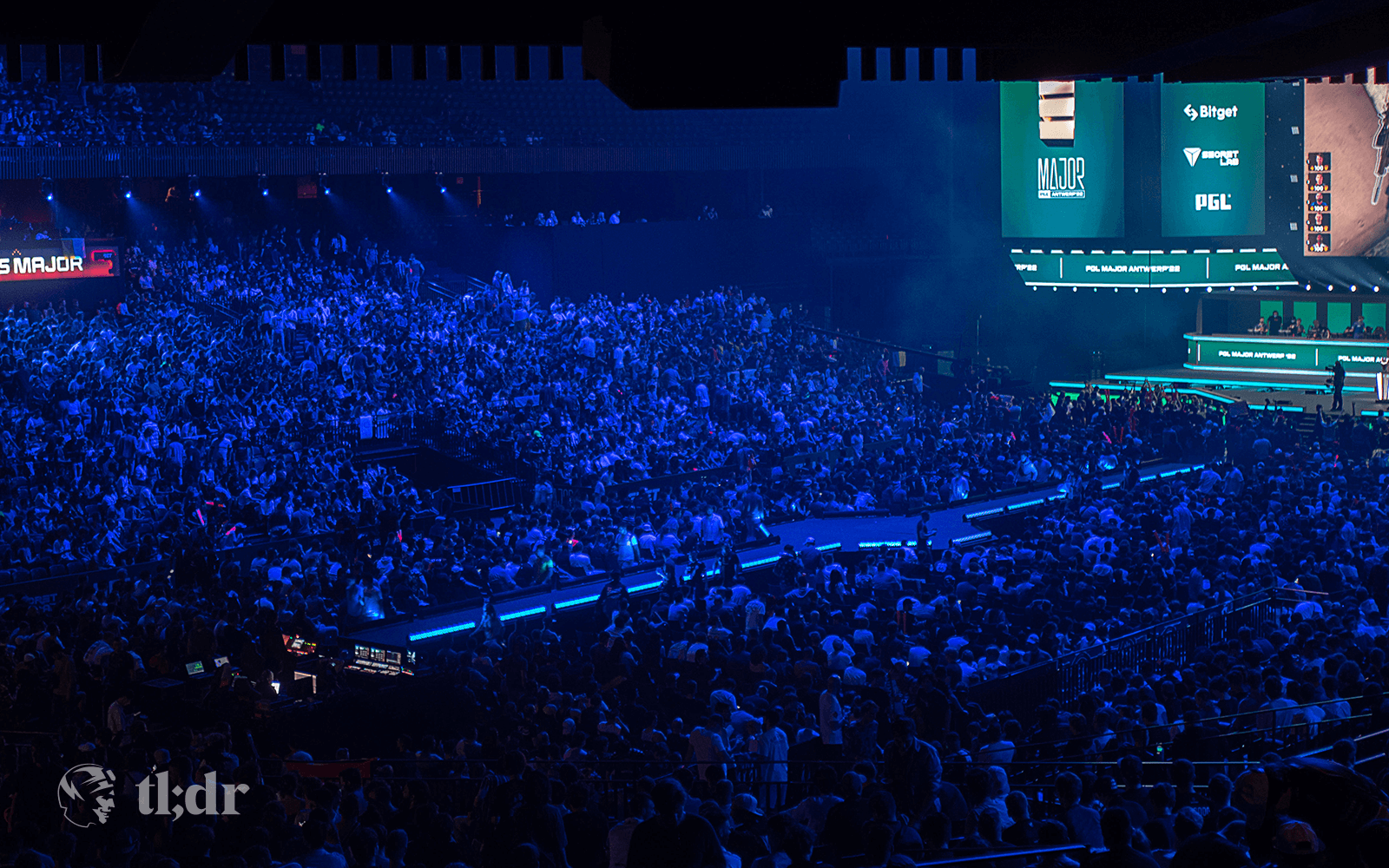 Let us tell you, the ‘vibes’ in that arena were immaculate. That’s what the kids are saying now, right?

Maybe we’d have got away with that line if we hadn’t gone with the second sentence.

Regardless, the noise was deafening. Between the unmistakable chants of ‘VEE-TA-LA-TEE’ that haunt our nightmares every time we close our eyes, the FURIA fans going mad for every kill, and the roar for every clutch; it was incredible.

Goosebumps, hairs on end, spine shivers - the lot. And that was just the crowd.

Even outside the arena - which was situated away from the hustle and bustle of Antwerp - CSGO fever had taken over. Multiple people asked us if we were ‘here for the tournament’, who otherwise had no idea or interest in CS.

The city centre was buzzing, and it being in Belgium made it so that wherever you went, the beer was sensational. Well, so we heard; we of course were professional enough that we went to as many bars as we could and didn’t drink any beer.

In some ways, it was lovely to be in a country, and a city, that wasn’t prestigious in CS:GO - a beautiful city that seemed a little confused to be hosting our great game, and we got to spread the word.

And boy did they get a show.

FaZe and Spirit put on possibly the game of the tournament, and there was a thick air of tension in that place. We almost choked on it. Witnessing the final round of Mirage with ropz’ crazy clutch was a special experience.

If you’ve never been to a LAN before, go to a Major. We promise you.

And that grand final; though the final map was somewhat unsatisfactory, the explosion of noise, the outpouring of emotion from the packed arena… that was a climax that belied the anti-climactic nature of the game.

That karrigan’s face stuck in our minds more than any play from that grand final immediately says quite a lot.

NaVi vs Heroic was the other great game of the playoffs; while we didn’t see any vintage s1mple stuff, we did get a reminder of just how good electronic is. He was out there winning impossible duels, multi-killing in one-and-done positions, and opening up sites on his own.

If that was NaVi’s last tournament together, as the rumours suggest, then it was so, so close to a romantic finish.

We’re less than a week removed from the most recent major, and so the drama about the next has, of course, already begun!

Rio de Janeiro, which had been meant to host a major back in 2020 before COVID, will be the site of the Major which is set to take place in November.

Many fans and players, however, view the venue where the event is currently scheduled to be too small.  Brazil famously has a huge fanbase and the arena that is supposed to be used for the playoffs seats less than 20,000.

Within an hour of tickets going on sale, they were sold out. Players like s1mple and FalleN called on ESL to change the venue, with FalleN joining the contingency of people advocating for the tournament to move to a soccer stadium.

No information has been made available yet about the qualification process for the major, but the Brazilian fans will certainly be hoping that at least a few of their teams qualify.

Meeting up at the Major 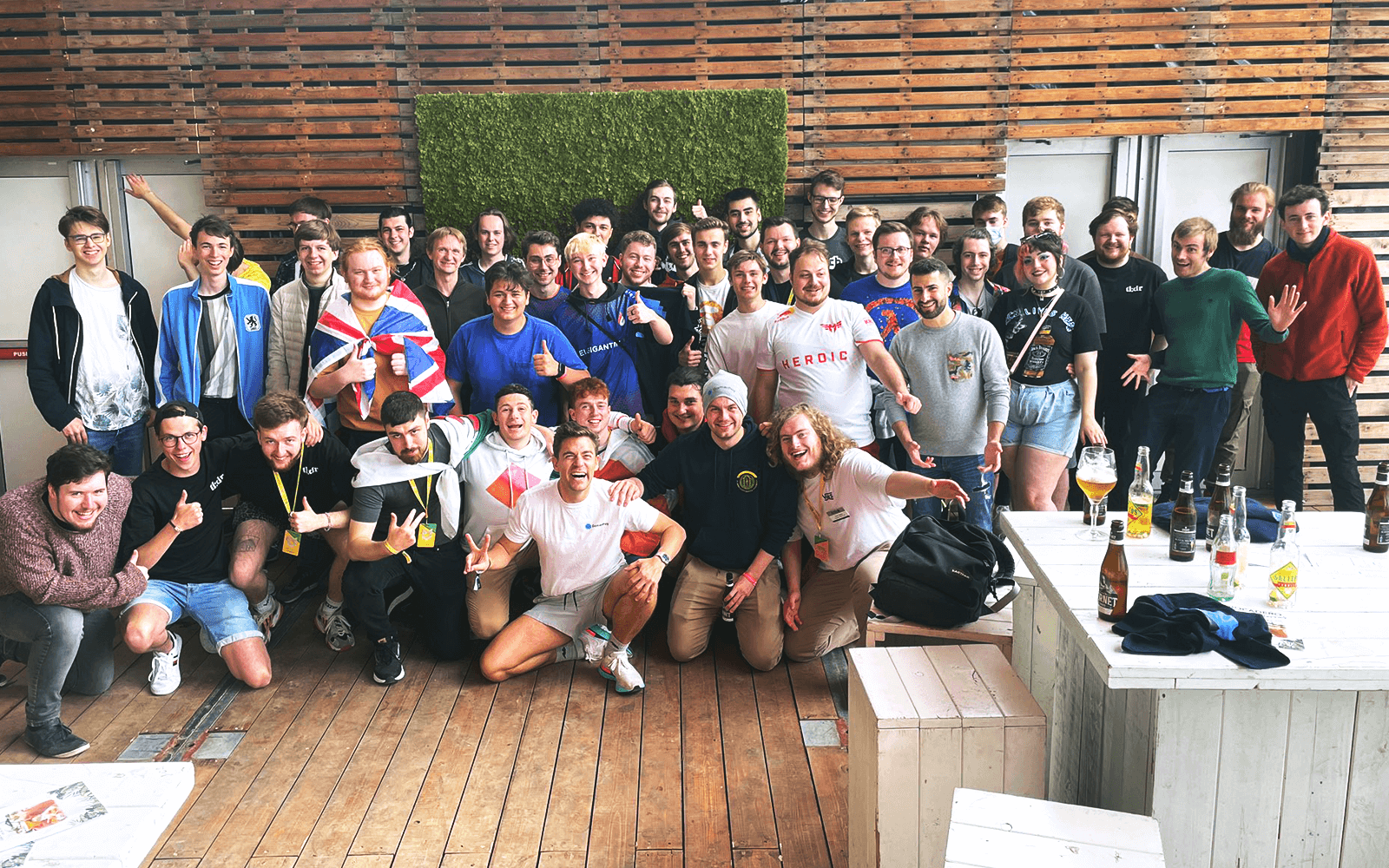 Ever wanted to meet your favourite newsletter writers?

Of course you didn’t, but ~60 something speedsters got to meet us in Antwerp anyway!

Our meet-up, sponsored by GamerPay, went down by the waterside bar Bocadero, where everyone enjoyed a free drink, and a lot of CS and non-CS-related chatter.

We’re super thankful for everyone that attended, and we’re glad that it seems everyone had a good time!

We leave you with this lovely photo of our tl;dr crew on site: