Someone told EG to change players, so they signed 3 teams. We’re not kidding. Oh and 00NATION goes for a full Brazilian.

That’s now the EG CS:GO roster, after the American juggernaut signed both Carpe Diem and Party Astronauts. The madmen actually did it.

If we zoom out a little bit, the move still looks crazy but does seem a bit more grounded in EG’s own realities. They improved their League of Legends academy roster and brought two players through to make a championship-winning team.

In principle it makes sense. It event means that they can play multiple tournaments at once. Something something monkeys and typewriters.

Is this the way to win a Major? We’re doubtful. But maybe they can GET to a Major, which would definitely be an improvement. And if nothing else, they’ve eliminated two potential competitors in the qualifier…

EG are not the only ones to add players, but everything else looks less… dramatic in comparison.

Astralis are in trouble. Again.

Their fall from grace has been astronomic. That’s not new news; but another false dawn might be. farlig was supposed to be the AWPer that gave them the firepower they needed, however they need more than a good AWPer.

A loss to G2 secured their ignominy, but there was no greater shame than losing to their old friends and new foes, Vitality. k0nfig has become inconsistent in his impact, while blameF’s impact is consistent.

Consistently non-existent. His exit kills are better than anyone else.

Solving the Astralis issue is a tough one because they just have too many role clashes. blameF needs so much space and so many resources to frag out, while Xyp9x looks unable to do it regardless.

Still. Better than Complexity, who got slammed by MIBR’s coach and NIP’s academy IGL in their backyard. junior is… well, our mothers always said if you’ve got nothing nice to say, say nothing at all.

MOUZ are another big team who failed; well, we say big team…

Vitality didn’t look great, but even they beat MOUZ. We think they might want to make some changes before playing in front of the ‘home’ crowd in Cologne.

Speaking of Vitality, they dropped out to G2; NiKo and huNter smacked ‘em around to the point that even ZywOo went negative.

Cloud9 took out NIP - who had a stand-in, so fair enough - and Liquid - who had shox, so fair enough. Liquid were exactly as unimpressive as you imagine. Moses was counting down to them getting 16 rounds in the series to win a bet.

That’s how well that series went.

You can’t outsmart the arT

After all the visa issues, illnesses, and the resultant messed up seeding it’s a bit of a surprise we’ve actually got a decent playoff bracket.

FaZe, who had half their name on the trophy before the event even began (you can’t jinx karrigan anymore guys, relax), flew through Encore and Vitality but stumbled in the glorified seeding match that is the upper bracket final against ENCE.

Yes, the ENCE without their best player. And it was stand-in Snax who knocked FaZe down a peg; anything jks can do, eh?

The win over FaZe built on top of a battering of MOUZ and two 16:14 wins over G2 — Snappi yet again deserves all the plaudits we can give. He’s still trying to make hades consistent though.

Meanwhile, in the lower bracket, it was the still unconvincing G2 who prevailed. NiKo gave an interview where he bemoaned the team’s “chemistry” and “teamplay” since Katowice, but having your star player go from the “bEsT In tHE wOrlD” to 1.08 Ratings at EPL and 1.13 at the Major can’t have helped either.

Lo and behold, NiKo is back smashing heads in Dallas with a 1.24 Rating and G2 have qualified for playoffs. This game isn’t rocket science, fellas.

Meanwhile in Group B, BIG have done something harder than rocket science: got syrsoN to perform on LAN. Their AWPer was a monster in the opener against NIP and the upper bracket final win over FURIA — just don’t put your house on him doing the same against FaZe (or Cloud9) in semis.

FURIA got to that UB final by defeating Imperial (whose pan fire has very much gone out) and then everyone’s favourite jiggle peek abusers Cloud9. Speaking of Cloud9, we’re starting to think they need a new veto coach.

Picking FURIA’s best map is just silly, even if it’s your best map too — nafany will always just be a budget arT on Vertigo (and everywhere else, but we don’t have time for that one).

Cloud9, though, did recover from that loss to beat NIP (without hampus) and Liquid (without hands) to make it to a quarter-final against.. checks notes FaZe. Ah. Unlucky lads.

At least we’ll get some more banging Mauisnake C9 slander on the desk afterward.

This week on Overtime on Inferno, aizyesque and Logan checked in with sprayxd, the head coach for ATK chatting about a variety of things including: 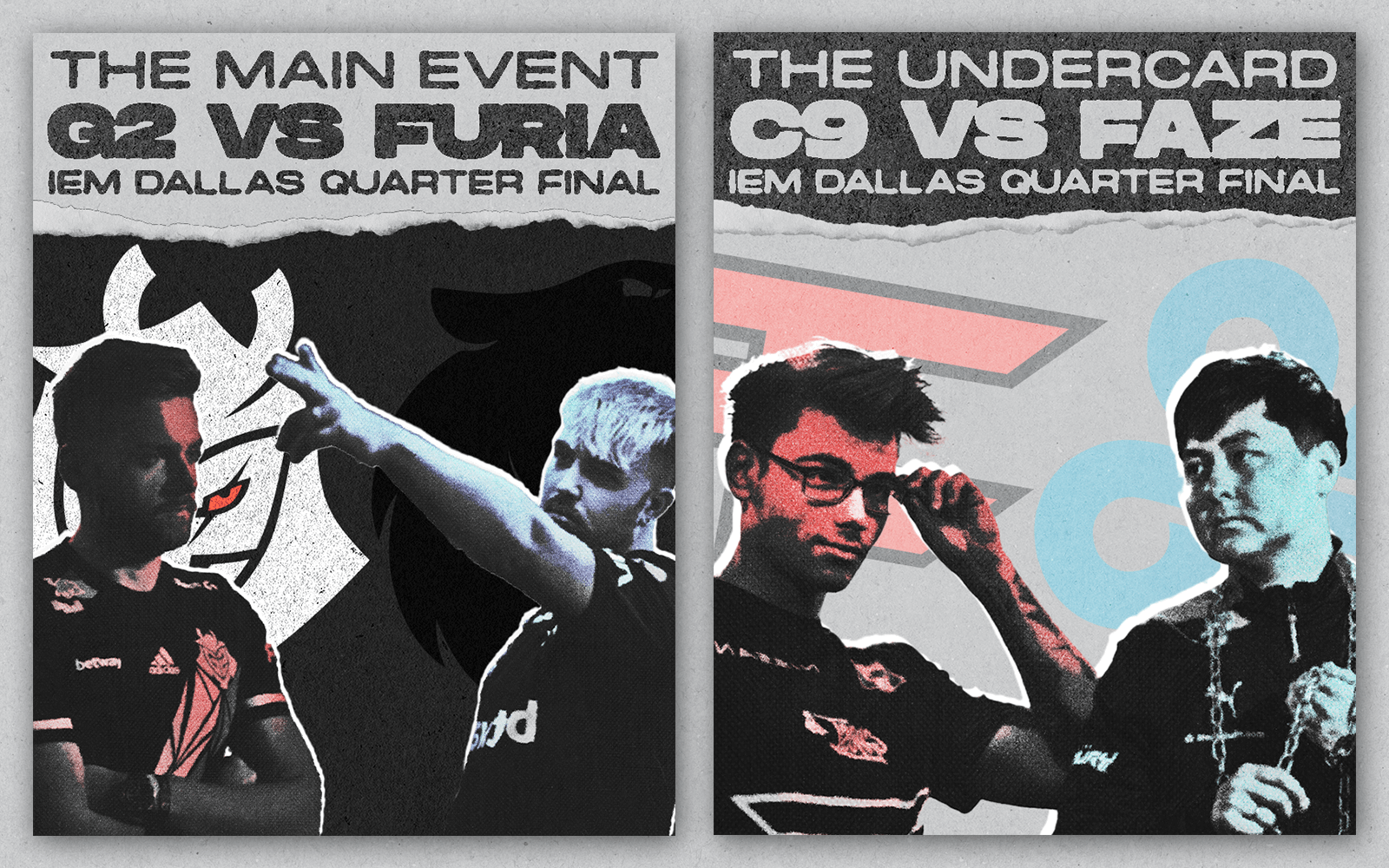 Somehow, FaZe’s new era might be over before it started.

Considering the amount of sickness and visa issues at this tournament, it seemed like a slam dunk for FaZe to continue their domination after the Major.

Scarcely two weeks have passed since their victory in Antwerp, and they’re already losing to an ENCE lineup that features a substitute, Snax, who topped the leaderboard.

His teammate, hades, continued on his usual “either top-three player in the world or absolute garbage” streak;  he had both a .68 rating in the map ENCE lost and a 1.55 in the first that they won.

That performance by Snax earned the team a spot in the semifinals, across the bracket from BIG, who have continued their form from the major, including their streak of bad luck in terms of draws; they’re on the side of the bracket with FaZe.

FaZe will have to go through Cloud9 before they get a crack at BIG. They’ve been great in Dallas, with the tiny exception of their 0-2 loss to FURIA.

Like we said, why they decided to play FURIA’s best map in the last six months at least only they know. Maybe it’s the ghost of Xizt doing their vetos?

If Cloud9 can get a handle on their veto, they may legitimately put up a fight against FaZe. sh1ro and Ax1Le are the first and second highest-rated players at the tournament, and they all have at least a 1.0 rating.

On ENCE’s side of the bracket, FURIA and G2 will face off. G2 qualified via kicking Vitality while they were down in another incredibly disappointing finish for the French/Danes.

NiKo looked in star form, at least, posting a 1.45 rating over the 2-0 victory, but the “struggles” of teammate m0nesy will be the story for a while longer.

Despite a brilliant start to his time on G2 and certainly impressive moments since, the hype around the 17-year-old has dulled as he’s dropped to a 1.14 average in the last three months. Not quite Xyp9x, but not quite s1mple v2 either.

FURIA won the last contest against G2, eliminating them from the Major. Now, they’ll be trying to deny G2 their redemption and earn a spot against ENCE at the same time.

From anywhere but Russia, with love