Source 2 is coming (but we probably don’t need it). Complexity won a map and Evil Geniuses still can’t win a map. We’re trying really hard to be shocked, we promise.

Counter-Strike is back. And, it’s actually been quite fun.

Usually, the season curtain-raiser is just bad games where teams compete to be the least out-of-practice, especially in a forgiving format like BLAST’s new sextuple-elimination nonsense, but there’s still nothing like the first time a new lineup gets battered.

We’ll take watching that honeymoon glow turn into gamer rage over a sunset any day. And, naturally, it didn’t take long to kick off.

Vitality, with new boy Spinx, got everyone excited by beating OG and NIP in best of ones before bottling a 12-6 lead on the CT-side of Mirage against Astralis in the group final. Yes, Mirage. Against Astralis.

G2, though, weren’t gonna let Vitality be the main story. HooXi boldly declared that he “could shoot nothing for six months and we could still win every tournament” before promptly shooting nothing and finishing Group B in last place. Yikes.

NAVI, meanwhile, lost their opener to Complexity of all people. It was grim viewing for the ‘b1t is better than s1mple crowd’ (yes, we know that’s just aizyesque), as the s1mple-less NAVI gave coL their first LAN win over European opposition of 2022.

In classic old-school NAVI fashion, B1ad3’s boys recovered to win the group, including a 16:14 win over G2, a 16:3 stomp over Complexity in the consolidation final, and an even more impressive 16:4 win over Liquid in the final. Ignore what we just wrote about b1t — he got 2.05 and 1.66 ratings in those two last games.

In Group C, the big story was FaZe failing to win the group, losing their group final to Heroic.

Now, of course, none of these fun results really matter in spite of cadiaN acting like he just won the Major final. BLAST’s format means none of their precious partner teams are eliminated just yet, with these group games just affecting the seeding for stage two of the group stage: the ‘Gauntlet’.

What is a gauntlet, you ask? Well, it's their new tournament format, with a three-stage single elimination bo3 bracket.

Round 1 features an elimination game between 3rd place of each group against a 4th place team (OG vs coL; G2 vs BIG; NIP vs EG). The winner of those games then play a team that placed 2nd in their group (FaZe, Vitality, Liquid) to decide who will play the 1st-placed teams (Astralis, NAVI, Heroic). The winners of that final game will then qualify for BLAST Fall Final in Copenhagen.

So, after 18 best of ones and nine best of threes, BLAST will only have eliminated three teams — because there’s another chance for the partners, a third stage.

These will be single playoff games between teams that lost in Round 2 and Round 3 of the Stage 2 ‘gauntlet’ to decide the final three slots for the BLAST Fall Final.

But wait: it’s not really the last three slots because there are two more on offer in the BLAST Fall Showdown in October.

And guess who’s invited? The partner teams that were ‘eliminated’ in this nine-day group stage. You could have paper armour and still run through this bloody gauntlet. 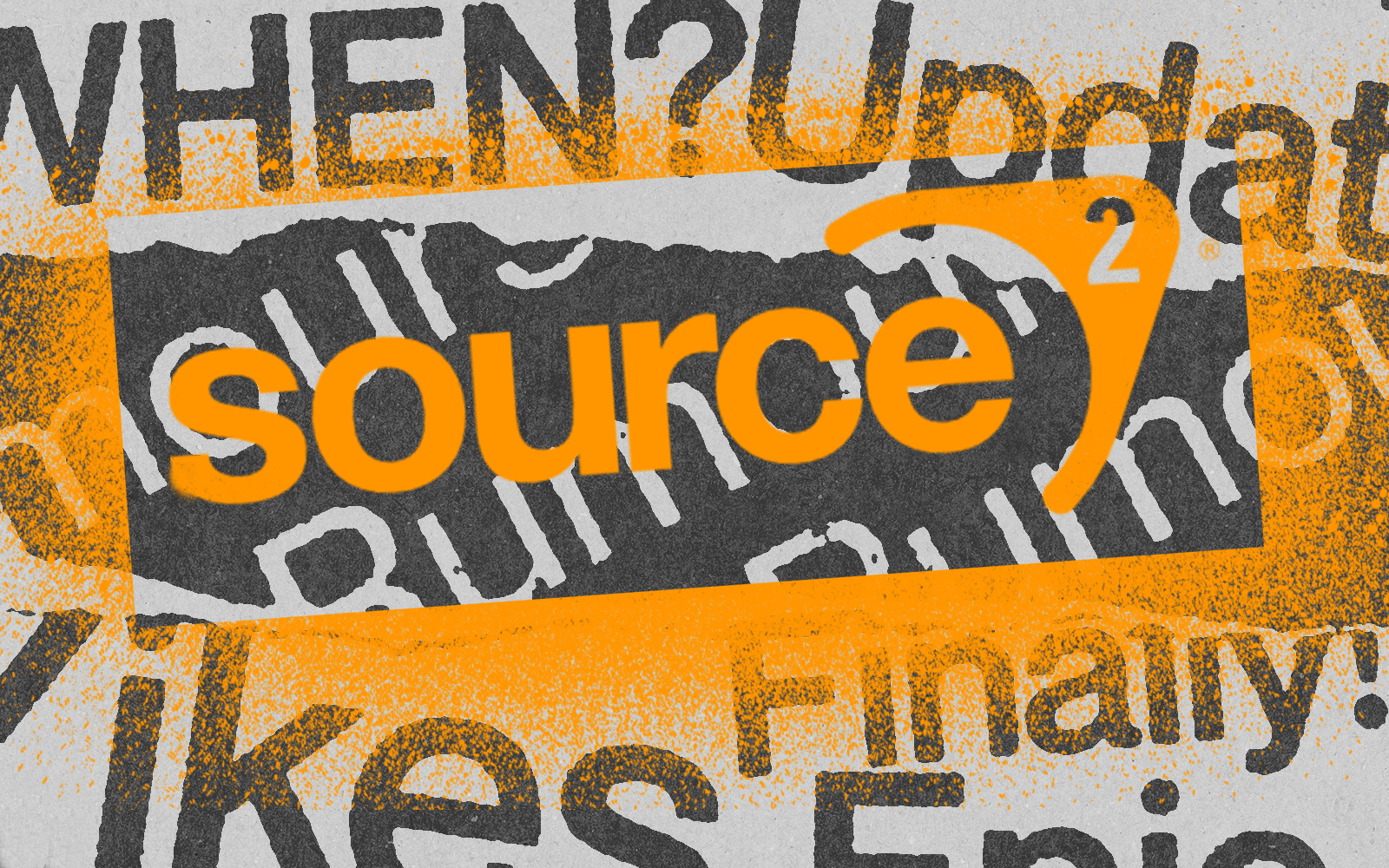 With all the ten-year anniversary hype there’s been one thing on everyone’s mind: Source 2. But what does that actually mean for everybody’s favourite game?

Well luckily for us, our good friend Nors3 broke down some of his thoughts in a thread this week. Don your tin-foil-hats and follow me.

The big question for a while has been: “What difference will it actually make?” and Nors3 seems to think… not much at all.

Some aspects of the new engine are already included in the game, notably the Panorama UI which has been a feature for four years - yes, four years.

A big change would be the shift in physics engine. CS:GO currently runs on Havok, whereas Source 2 is built around Rubikon (yeah, like the drink).

This would affect things like ragdolls and weapon drops but thankfully not nades, as they are calculated using big complicated maths and not with in-game physics. This means no need to relearn the nade lineups we definitely all knew already and never missed, like ever.

Another benefit of Source 2 would be the new Hammer SDK. This is basically the tool that people use to make custom maps - which are already a defining feature in the community. More options for mapmakers would mean better visuals, smaller file sizes, and things running faster (hopefully).

Overall - from what we know - Source 2 isn’t gonna change much about how the game is played. What it will do is act as a framework that allows for better optimizations and updates in the future.

Find out in the next update, ten years from now.

ENCE pick up little and large 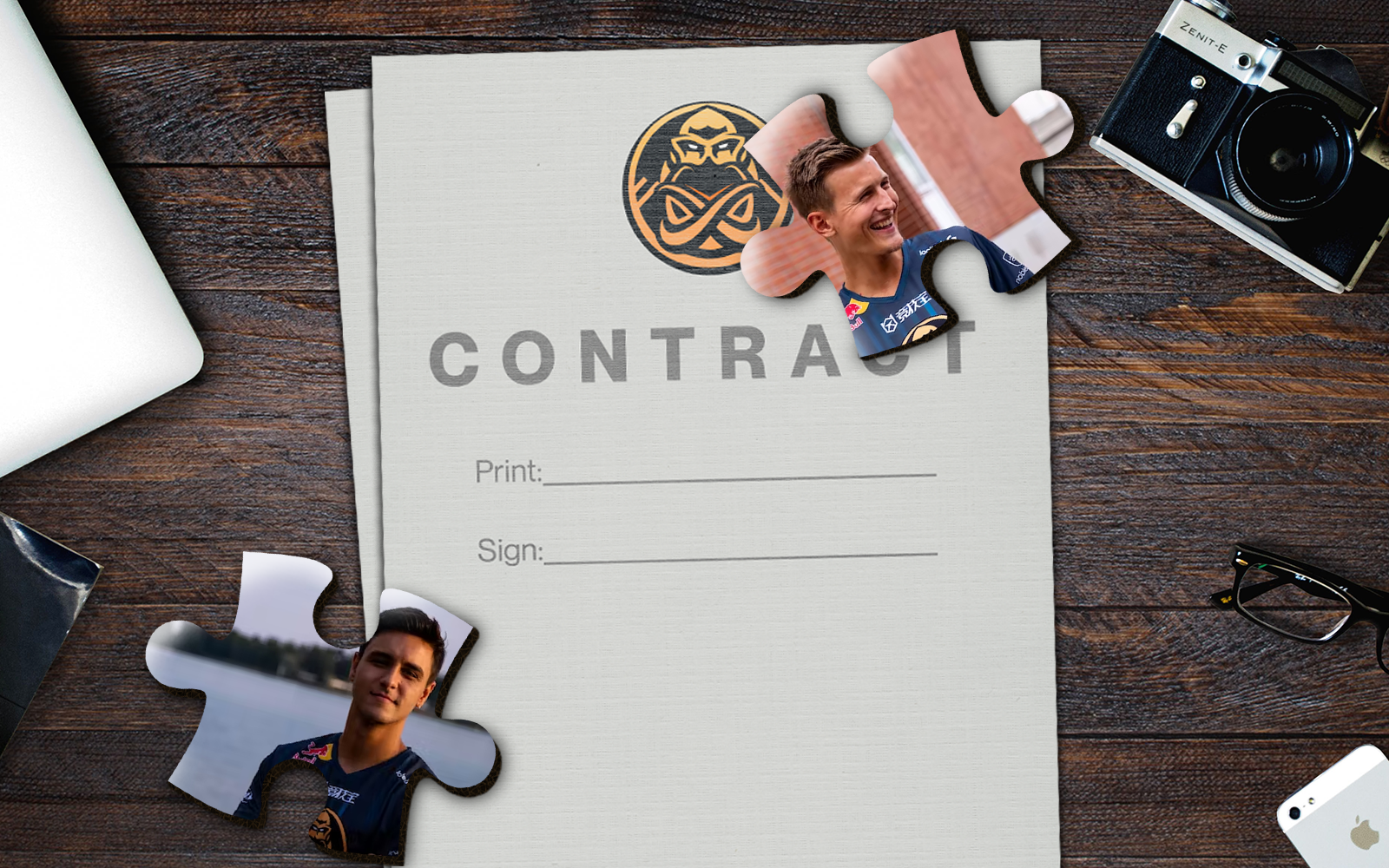 Nobody can suggest +valde to whatever underperforming team is flavour of the week, because he has a team.

jks moved to G2 last week, and now with valde finding a new team, the HLTV forum users will be out of a job pretty quickly. Not that any of them had a job in the first place.

valde joined the suspiciously small SunPayus in ENCE’s new announcement video, meaning either valde is huge or SunPayus is tiny.

ENCE SunPayus was a well-known rumour, with pretty much everyone and their collective dogs knowing it was happening - but valde was kept under wraps a little bit more.

That said, it’s a fun move.

valde is a very talented player who seemingly has terrible taste in teams. North, Heroic, and OG? Eesh. His rendezvous with Snappi is a long-awaited one, and maybe this is finally the team that turns valde from a good player to a great one.

SunPayus, meanwhile, is a big upgrade in theory over hades. He will probably demand slightly more resources than the outgoing Pole (who certainly cut a quiet figure), but with valde probably being a bit more malleable than Spinx, all should, in theory, work out.

Only one thing is completely sure - they’re going to be interesting to keep an eye on. We don’t think they’ll be able to maintain this level, but then we never thought they’d be this good in the first place.

We’re not particularly clever, it turns out.

Ten years in, and CS:GO is still going strong

Leetify published a report a few weeks back with a bunch of interesting stats about our favourite game. Here are a few highlights:

What’ve you got there, GamerLegion?