Rotterdam is beginning this week, there’s a showdown in North America and Sprout’s star is in Astralis’ sights.

Party in the flat lands

If your answer to that was ‘pretty good, actually’, then we hate you and are very jealous. However, you might be in luck, as long as you’re European.

If you’re American, the terrible sleep schedule might be pretty handy, because ESL Challenger Rotterdam starts at around 9AM on Saturday and Sunday, and 10:30AM on Friday.

In retrospect, that really isn’t that early. But it is for us gamers.

This should be a genuinely fun event, though - there’s eight teams with a nice mix of quality and with a bunch of teams missing out on the Major. This is like the gulag when you get killed in Warzone.

There are three teams who should dominate, though.

While this event in theory could be a banger, there’s a decent chance one of MOUZ or ENCE roll everybody and win, and if they don’t, Outsiders probably should.

Movistar have looked awful as of late, Eternal Fire are underwhelming, Nixuh and Fluxo are complete unknowns and Team oNe didn’t pull up any trees at the Americas RMR.

However, with the first three teams probably looking to prepare for the Major, there’s a genuine chance that someone like Fluxo could surprise the field and pull off something special.

If you’re waiting for Rio and hankering for some Counter-Strike, there’s something for you this week.

Maybe don’t bother with the Movistar vs Eternal Fire game, though. That sounds like a stinker. 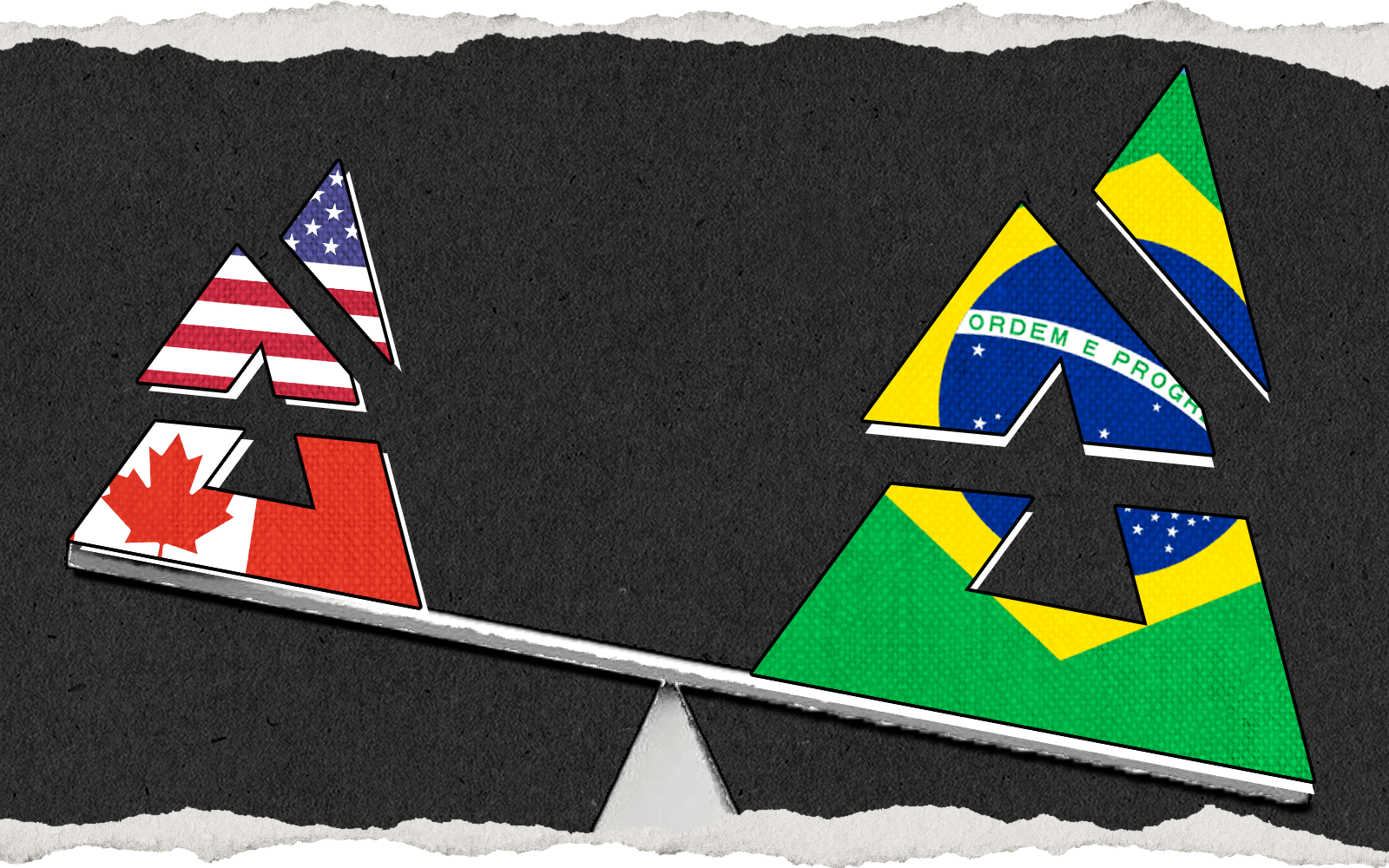 5 Australians, 26 Brazilians, 4 Americans, and 2 Canadians walk into an event. What do you call it? Yup, you guessed it right:

A) There are more Australians than Americans and

B) it's DOMINATED by Brazilians. Why even call it North America at that point?

Make it make sense BLAST. False advertisement aside: There are some banger matchups on the schedule for this event.

felps’ new team “Fluxo” will be playing against EG, who had a great showing at the Major. It’s a matchup ripe for an early surprise; felps always has some magic in him, while teammates lux and Lucaozy have been tearing up the SA events.

They’re currently on a 10-game win streak that has seen them beat 9z in a BO3 in order to qualify for the Blast Showdown. The same 9z that just made the Major. Don’t be surprised if the Evil Geniuses are the next to fall at their hands.

You’d have to be a genius to figure out the Fluxo-capacitor. No? We had to try.

If you have time next Thursday, or even if you don’,t we implore you: Check out the MIBR and Team One game. There’s gonna be some proper Brazilian CS on display. And whilst malbsMd might not be one of the Brazilians, we’re still stans here at TLDR.

Finally, if we see both Fluxo and 00NATION win their first-round matchups we could get a Coldzera and TACO VS felps showdown. One that decides who goes into the final game before Blast Fall finals qualification.

We’re rooting for that to happen, here at TLDR. Whenever former teammates get in a scuffle it’s bound to be fireworks. Especially with THESE Brazilians.

To the transfer market 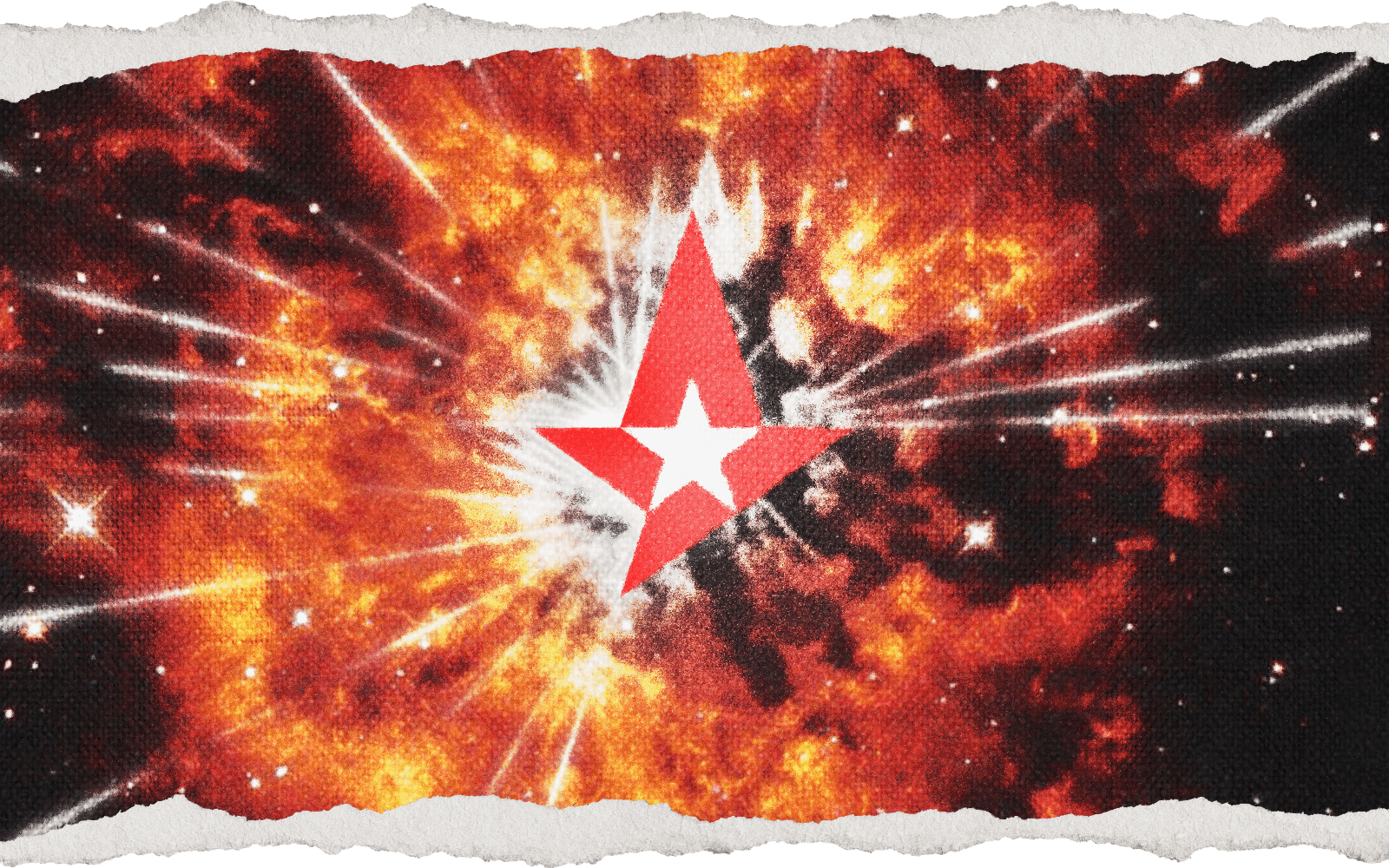 It’s all change at Astralis.

k0nfig’s removal has been confirmed, fit with a TwitLonger of his to the incident where he broke his leg. And, you know what? It seems like he was a victim, subject to a beating from an intoxicated nightclub promoter.

We’re not gonna re-hash that whole story — you should read his side for yourself. He deserves some sympathy, at the very least.

As for the rest of Astralis, our sympathy has run out.

After the disaster at the RMR, coach trace has been benched — HUNDEN time, anyone? — which is just the “first step” according to a typically boring press release. What those next changes will be is still up in the air, however.

And that is a huge upgrade. We don’t care if he’s only played FACEIT recently, he’s still the third best player of all time, for our money. He even got a 30-bomb against four of Vitality last week.

device is great. We know that. But that still leaves four question marks on the squad.

gla1ve has struggled since paternity leave in both fragging and calling. Xyp9x has dialled it in after getting a four-year contract signed in October 2021. k0nfig is gone, and blameF’s 25 kills a game still don’t stop analysts like Devilwalk calling for his head.

In an ideal world, they grab sjuush and stavn in place of xyp9x and k0nfig for a proper heir to the Astralis of 2018-20. But, Astralis has never been an org to spend money. Should they spend $600k on device, that prospective LCS-spot sale money will be dry, too.

Jaxon have also reported an inquiry for wonderkid Staehr as a replacement for k0nfig, with Farlig going to Sprout as a deal sweetener.

Which… probably won’t go through. It’s easier to get out of military service in Singapore than it is to get out of a Sprout contract.

Zyphon has also been linked, but after he was deemed not good enough for Astralis talent why would he want to go back? Plus, Xyp9x still has three years left on his lucrative contract — we don’t think he’s going anywhere.

As for that k0nfig spot, Astralis have options if Staehr is out of reach. There’s loads of Danish entry fraggers around.

Never mind, they might be screwed. It’s gonna take all six of Kasper Hvidt’s brain cells to sort out this mess. And we’ve got a feeling he might need a few more than six.

Got money to spare, Nicolai?

🤑🗳️ The politics of Counter-Strike