It might surprise you, but this whole edition is about the Major. Shocker, we know. There’s a lot to digest though: xertioN taking over the world with MOUZ, the boys who brought shame to Brazil and a huge sigh of relief for the big teams.

This must really be The Last Dance 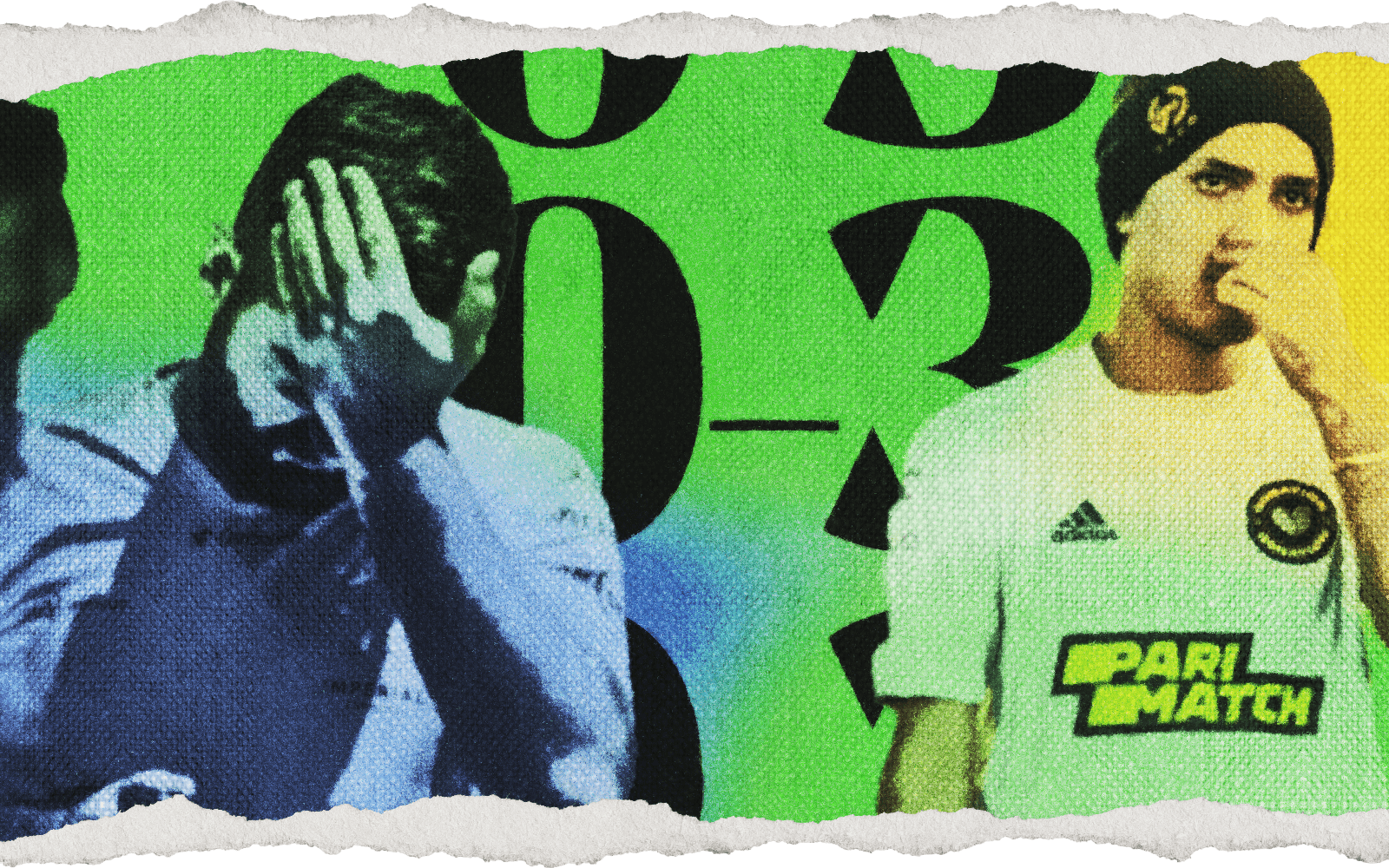 Well, what else did we expect?

All that time spent building narratives about home crowds. All the talk about how Imperial and 00NATION have been practicing for months for the Major.

All of that was for nought.

All four of the ‘legendary’ (read: good for three months in 2016) LG/SK core are eliminated from the Major already.

Thanks to being eliminated before the Legends stage, coldzera does get to keep his record of being the highest-rated player of all time at Majors (top 16 onwards) but the good news stops there.

dumau, who we hoped could use this event to ascend to a true star, crumbled under the pressure. coldzera looks more washed every day.

00NATION’s whole angle was that this wasn’t a last dance, that coldzera and TACO had more to give. But, just like Imperial, they leave Rio without a win to their name.

Speaking of FalleN and co., this really does have to be THE Last Dance. The music stopped hours ago. The lights are back on. It’s time to hang your AWP up and go home.

Look, all four players, despite what we said earlier, are legends.

They have achieved enough to decide their own fate. And TACO, at the very least, clearly still has a lot to give. But time comes for us all… and it came for most of this lot years ago.

We still have the showmatch before the final, with all five old LG players reunited under one banner. But, in agreeing to do that showmatch, they’re painting the writing on the wall themselves.

These guys aren’t winning any more titles. And for players that were as good as they were, there’s not much point being 2nd, let alone 24th.

The Eagles soar and The Panthers roar 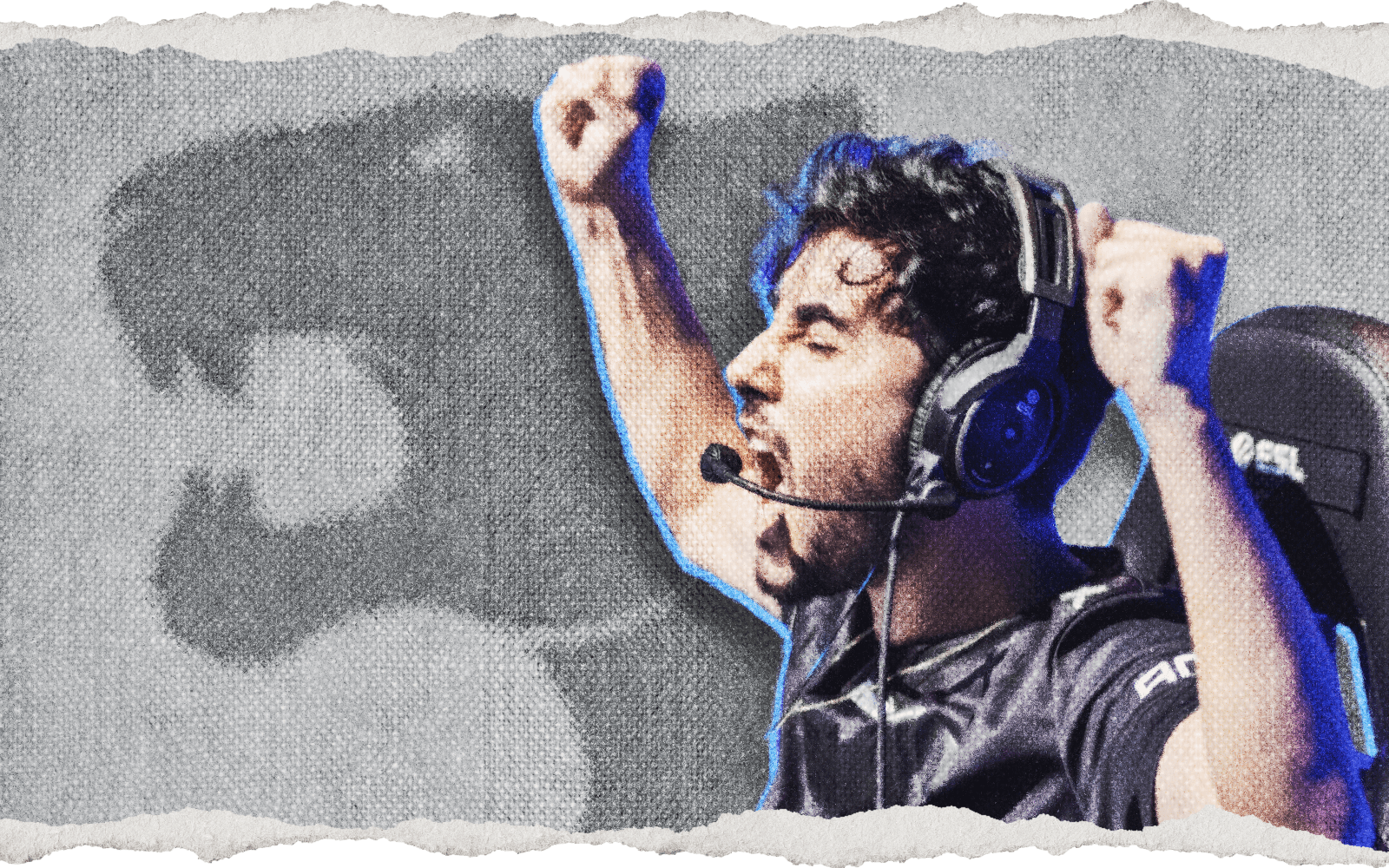 A Kosovan Eagle soars over Brazil, A German mouse is riding on its back. Both avoided the Brazilian Black Panthers below them.

What we’re trying to say is BNE, MOUZ, and FURIA, along with Outsiders and BIG have made it out of the Challenger stage. And there are a lot of animal-themed team names.

The first to be legends crowned were Bad News Eagles and MOUZ. Both going 3-0 with style. On their respective run, MOUZ beat Outsiders and EG 16-6 and 16-10 to go into the BO3s.

There they had to win a European derby against Fnatic to qualify as legends as an answer after the first time asking. MOUZ went to Fnatic’s pick of Vertigo and stomped. xertioN put on a CT Vertigo masterclass that would make even the most hardened Vertiglobals blush.

But Fnatic weren’t gonna take it à la twisted sisters and smacked MOUZ back in the face, beating them back on Inferno 9-16. So it all came down to Ancient, both teams ready to put on a high-octane game of CS. But instead, MOUZ just walked over Fnatic again and took a relatively easy 16-9 victory, to secure Legends.

The Eagles had a hard task ahead of them, playing one of the home teams, 00NATION, in their opener. And yet the Kosovan outfit showed why they’re named after predators. Ravaging TACO and co without showing mercy in their 16:3 win. Against BIG though it all seemed lost, down 11:4 at half-time. ****

By god is that zonic’s law with a metal chair!!?

Yes, and it hit BIG on the head. BNE won 12 straight rounds on their CT side to take the map off of the dazed Germans and land in the 2-0 pool.

Their final bout was a BO3 against GamerLegion for the Legend status. A game that we dub the “Pick’Em Destroyer”. In the end, it was BNE who clinched the game, beating GL on Ancient and Mirage to be certain of a Legends spot.

BIG, FURIA, and Outsiders all made it through, going 3-1. BIG and Outsiders both lost against 3-0 finishers as mentioned above, whilst Furia lost to BIG in a ridiculously tight 16:19 win for the Germans. In terms of BO3s though, FURIA found themselves against upset machines GamerLegion. The machine error 404’d, however. Spurred on by the home crowd FURIA sealed the deal.

In the other deciders: Outsiders played Fnatic in two complete opposite maps. On the first map, Fnatic were embarrassed by Outsiders, only managing a single round in the 16-1 defeat, and yet on map two, it went all 30 rounds, ending in a 16-14 victory for the CIS team.

And BIG? Well, they once again took advantage of a lucky draw to beat the South American mix-team from 9z, to clinch yet another Legends ticket for themselves.

You might have noticed that Vitality and Cloud9 weren’t in any of these sections. If you didn’t, you probably weren’t reading closely enough. We’re a little bit offended, actually.

Luckily for them, their bumpy ride did end at their intended destinations.

While Cloud9 started out 0-2 - losing to Grayhound, of course - they were able to grind back and find their feet to ensure they just about squeaked into the Legends’ stage. They had sh1ro to thank for that. When everyone else went missing, the baby-faced sniper put up some monster performances to drag them back into games and stone wall offences. He averaged a 1.45 rating at the Challengers’ Stage.

HObbit did fine too, but his usual partner Ax1le dropped a 1.08. Fair to say sh1ro picked up the slack. And then hit everyone with it until they died.

A similar tale befell Team Vitality, whose patchy form was bailed out at times by ZywOo; but it was Magisk who stood tall in overtime on Vertigo to deny OG. ZywOo, eventually, came online and sparked ‘em out on map three.

fnatic, similarly, survived a scare as they pushed past 9z, much to the dismay of the Brazilian crowd. They’d become so desperate they started supporting the Argentinian/Uruguayan/Chilean mix just because they had one Brazilian player and coach.

That’s like a French person supporting the Cloud9 Colossus because ALEX is kind of French. It does mean that, somehow, there’s an English player in the top 16 of a Major. It’s coming home twice this winter, lads.

None of the players outside of nicoodoz (at +3) went positive, but they won’t care a jot about that. For a team that’s all about firepower, it might be a worrying sign, though.

The tale of the legends begins 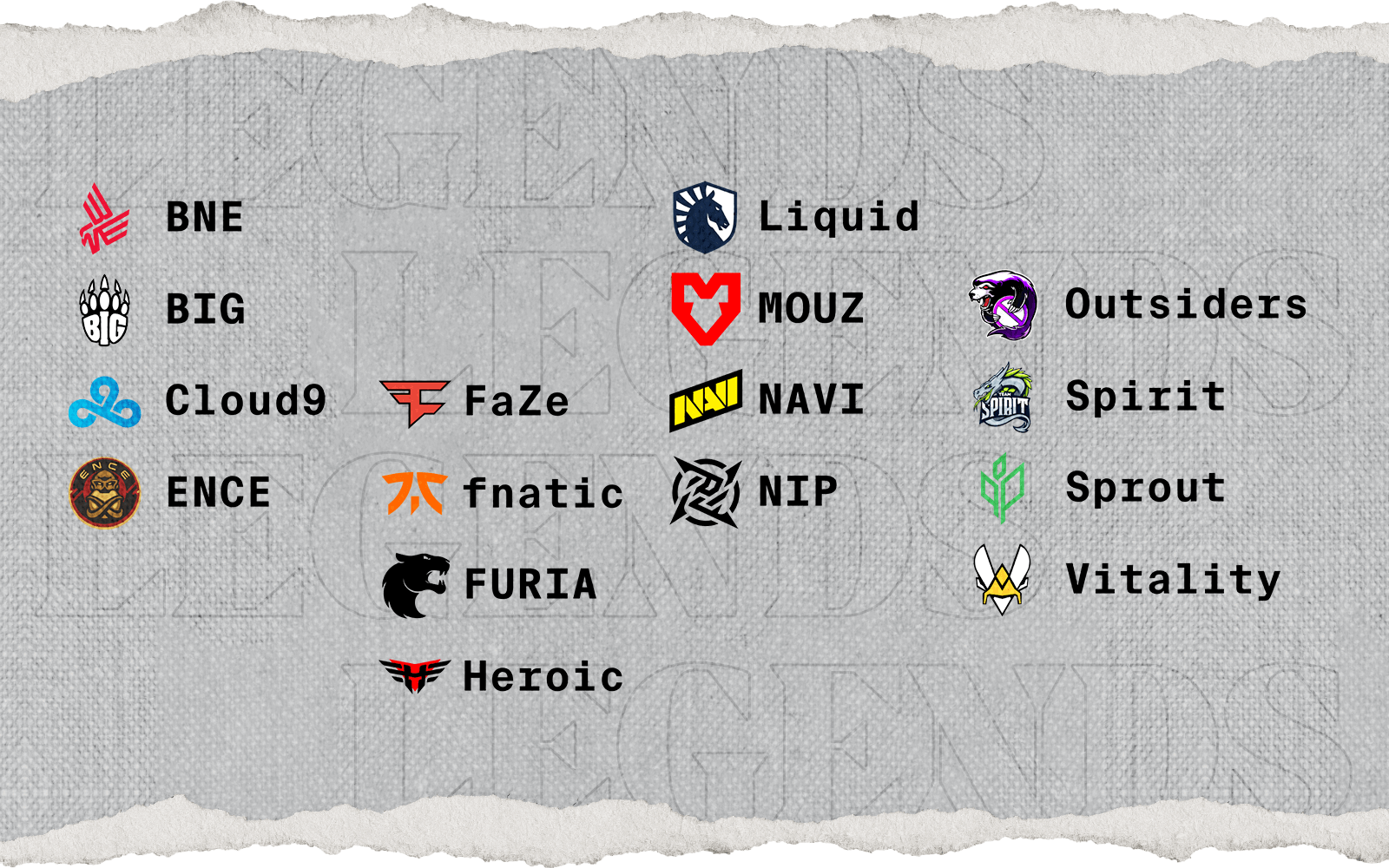 You have one day to prepare.

The Legends’ Stage begins tomorrow, and it’s going to be crazy. Every team there is great (except BIG), there are loads of games every day, emotions, and hopefully some decent Counter-Strike.

We might even get a good T-side at this stage. Maybe that’s too much to ask.

It kicks off with a choice between Liquid v MOUZ and Spirit vs BNE, with both sounding like absolute bangers. Two potential Major winners, and Liquid v MOUZ.

What a great day to have multiple monitors.

FaZe vs Cloud9 will be up after that, another ridiculously hype clash for a first-round match-up. But that’s because every game here is massive, just look at the B stream, where you get… Sprout vs BIG.

Alright, forget we said anything.

Don’t worry, you can go straight to s1mple vs ZywOo. In a round one matchup. God, we love the Major. Outsiders take on Heroic in a low-key banger on the B stream. It’s not quite the same, but at least you’ll be able to catch the end of that game once NaVi have finished because Jame will ensure they’re in round five.

Brazil’s only entry FURIA will take on ENCE to kick their Legends’ Stage off, but the B stream game of NIP vs fnatic is our pick. What used to be the Swedish derby now has just four Swedish players in it, but it’ll still feel like a derby.

Even if there’s no crowd for that.

If that wasn’t enough, there will be another eight BO1s on the first day alone.

Get the snacks in. It’s going to be a beast of a day.

🇧🇷 More of the Major