Major weekend, major recap: The Brazilian crowd powering FURIA to greatness, the shameful performance of some of the big boys and where did Sadokist go? 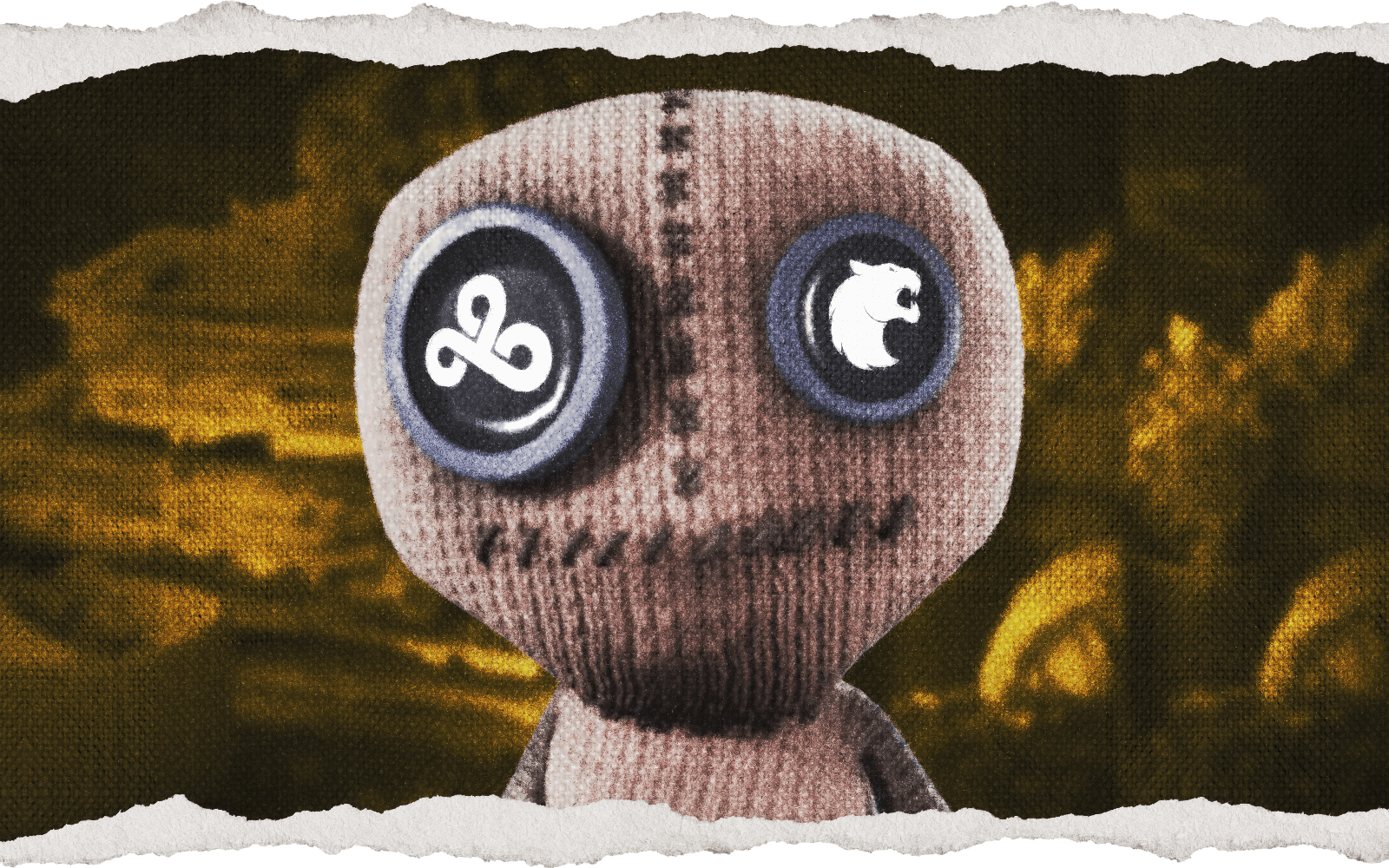 We’ve had a magical start to the legends stage.

After beginning the challenger stage 0-2, Cloud 9 have gone five games without losing. And FURIA, probably powered by the roars of thousands of Brazilians, have also pushed flawlessly through the Legends stage.

Cloud9 started their run by going full Regigigas slow start against ex-major hopefuls FaZe (yep ex, more on that later). Despite winning first half 11-4, FaZe angered Zonic’s law, leading to Cloud9 winning the map 16-14. For the second match the NA org got to play the other winners from the last Major in NAVI. And somehow they also won that game 16-14. RyanAtDust2 must be doing some voodoo magic.

For their final game, the draw had them face Heroic. Another team who had looked impressive so far. But the Danes blinked first, dropping both Vertigo and Inferno 9-16. This means Cloud9 are in the quarterfinals, and that’s with only two score-lines across four maps. We’re still convinced black magic was involved.

The only spell cast on FURIA though was the enchanting passion of Brazilian fans.

The crowd was mesmerising every time the Brazilians took to the stage to work their magic. We hope there’s ear protection being worn by fans to protect them from their own noise. At this rate, they’ll certainly need it once the playoffs begin.

FURIA started their run against ENCE and they didn’t give them a chance to prove anything. arT pushed them straight off the edges of Vertigo, setting up the home team for a game with last-years playoffs surprise package, Spirit.

We here at tl;dr are on record as being big fans of chopper. But unfortunately, Zonic’s law keeps happening this major. Despite an 11-4 first half from the CIS team, FURIA won 12 CT rounds to win the map anyway. Is there a chopper thumbs-down?

Finally, FURIA played BIG. A rematch of their first game this event in the Challenger stage. There, BIG gave FURIA their first and only loss so far of the event.

So this was personal. And FURIA played like it.

There was no doubt at any point that the series was gonna go any other way than the BR way. And so it was, ending in a clean 2-0 and guaranteeing more BR CS Fan magic in the playoffs. 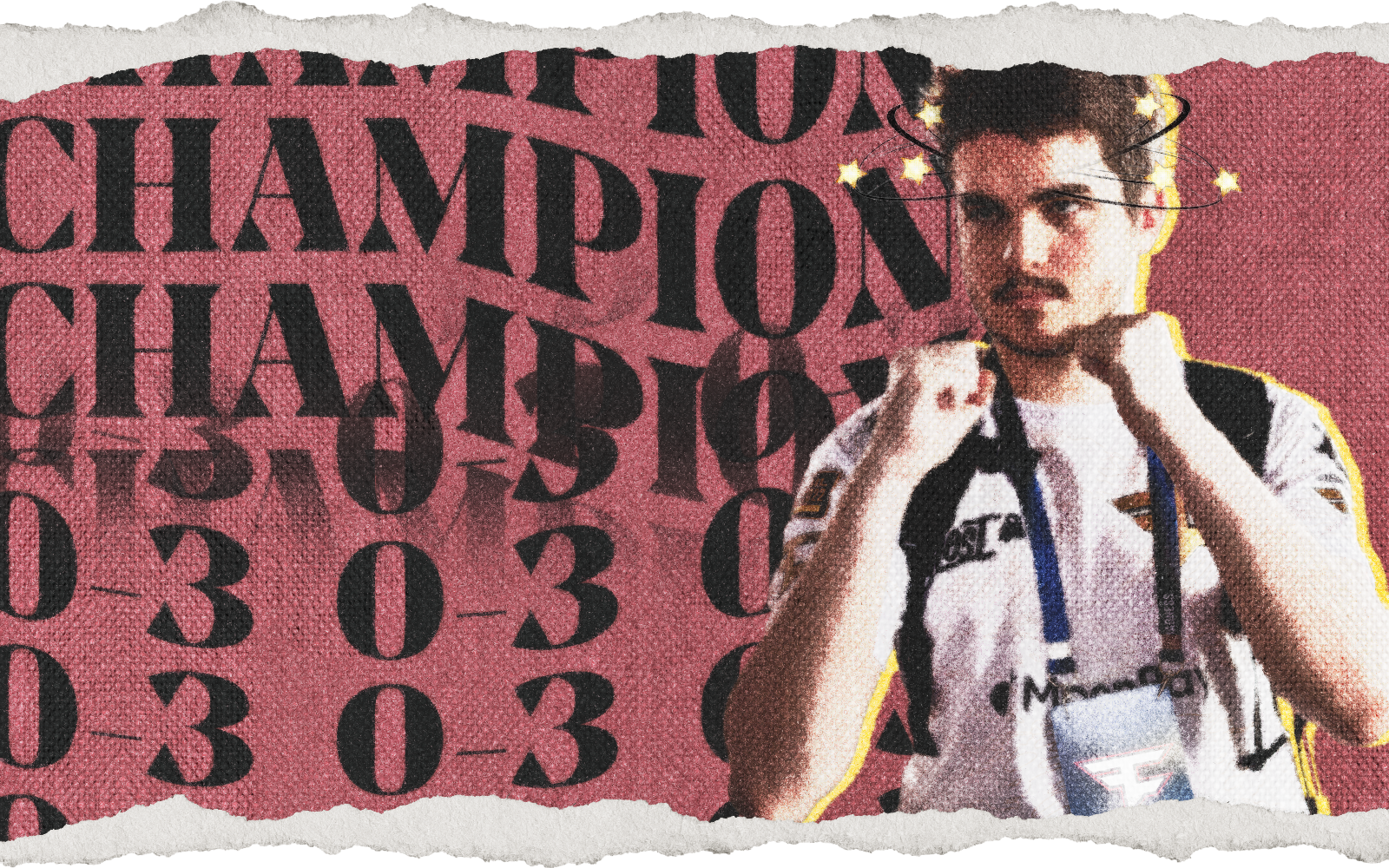 We hope you didn’t take part in Pick’ems, because there’s no way you got the 0-3 pick correct. And if you did, you’re probably even more insane than someone who got it wrong.

Reigning Major champions FaZe Clan suffered the ignominy of losing all three games and having to take an early flight home from the wonderful city of Rio. Or at least spend more time admiring the scenery.

Yeah, we’re serious. If you’ve not been watching, you mightn’t believe us — but it’s true. A first round loss to Cloud9, understandable. Getting tonked by ZywOo in god-tier form? Happens to the best of us, but it’s a bit worrying.

But this is FaZe Clan. The best of threes are where they flourish. Bad News Eagles had fallen to 0-2, and then had to take on the giant FaZe Clan. But after FaZe left Vertigo open, BNE had a chance.

BNE pushed them all the way on Mirage - FaZe had five match points - and eventually, in double OT, the Eagles toppled the reigning champs, and buried them.

This is the first time since 2016 the reigning champ has gone out in last place — or at least last place possible, in this case — and the first since the move to the Swiss System. Get your hot takes in now.

Who’s to blame? Is karrigan supposed to retire now? rain was a bit crap, especially given he was MVP of the last Major. ropz is a baiter again, we think. broky? Too quiet. Very suspicious.

Oh, and Twistzz is NA. That can’t be a good idea.

Still, your Pick’Ems could still be saved if you picked Sprout 0-3, as they had a late night clash with NIP, who we were informed were really really good now AleksiB had taken the reins away from hampus.

We were told wrong.

At least FaZe Clan won a map; NIP couldn’t even manage that. A 0-2 loss to Sprout, with Zyphon going bonkers, dumped them out quietly after the crowd had left the arena.

The Legends’ Stage is ridiculously stacked, to the point that this is even possible. Even then, it seemed unlikely.

Fair play, Sprout. You proved ‘em all wrong. For NIP, the sudden switch to English - even after spending lots of money on a player who famously doesn’t like to speak English - unsurprisingly failed spectacularly.

Surely they could have just found literally anyone in Sweden who isn’t Plopski instead.

It’s getting all PGL Krakow in here

You probably get it from our recaps so far: This Major is WILD.

Even the non-elimination and progression games would have been enough to fill an entire edition, but naturally we give you the tl;dr, leaving only the agendas and the memes.

Liquid, aizyesque’s favourites for the Major, kicked off their campaign with a 16-2 loss to MOUZ. MOUZ then proceeded to lose 7-16 against BIG, while Liquid went on to beat NAVI 16-14. Makes total sense.

Every single favourite — some more than others, eh karrigan? — has shown weakness at some point or another.

It’s all starting to look a little bit PGL Krakow, the 2017 Major where all the favourites took turn to bottle it and Zeus and HObbit’s Gambit snatched victory.

So, who will be our Gambit this time round? Well, there’s a chance it’ll be just as surprising.

Outsiders, since losing 9-16 to Heroic in their opener, looked good against NIP and Spirit. fnatic have the CPH Flames Major magic. Don’t forget chopper and Spirit too, who “isn’t going to give up until he wins a motherfucking Major.”

While Spirit are sitting 1-2 right now, their skipper still found time to shittalk degster, using more than a few euphemisms we’ve scraped the subtext off to hear what he really meant: toxic and arrogant. They also face Sprout today, so there’s more than a good chance they’re in a 2-2 game with it all to play for.

Heroic are also in the running, even if jabbi is still finding refrezh’ lurker roles difficult. BIG sit 2-1 with syrsoN looking like his ultra-aggressive online self.

With the onliners of Heroic, Cloud9, and BIG looking good and FaZe being terrible, are we sure this is really all taking place an arena? We’re getting Moon Landing vibes, just saying.

With FaZe out, NAVI, Liquid, and Vitality should be favourites but that doesn’t mean anything if they can’t avoid the banana peels of a terribly seeded Swiss stage. With NAVI and Vitality in the 1-2 pool, they’re far from out of the woods, too. They might even have to play each other.

After all this madness, there’s no such thing as favourites anymore: This Major is a blank slate.

CLIP OF THE WEEKEND

Brazilian crowds are the best crowds

If you were tuning into the Rio major expecting to hear Sadokist's voice, you're probably wondering where it is.

The answer, it seems, is somewhere between Brazil and Canada.

According to a news report from our friends over at Dust2, Sadokist was involved in an "altercation" and is expected to sit out the rest of the major. Anders, the part-time Skybox telestrator and full-time shitposter on Twitter, is expected to fill those casting boots instead. Dust2 didn't share many details of that altercation, aside from the fact that booze was involved. Yikes.

Of course, this isn't the first time that Sadokist has been involved in beer-related controversy. He once used a racial slur against a person on his own personal stream four years ago (God, time really flies, huh?), essentially leading to his eventual exit from the scene for over a year after that. We also later learned from SirScoots that, apparently, he "fucked up" at a BLAST event and was told to sit out the next one, whatever that means.

As for what happens to Sadokist next, well, it's anyone's guess. He recently changed his Twitter bio to include "Thank you for your time" — which doesn't exactly fill us with confidence that we'll hear from him anytime soon.

Here's what we're wondering though (and we suspect that you, faithful readers, are wondering too) who'll be back first: k0nfig, or Sadokist?

CounterStrike in Brazil is amazing

🇩🇰 Heroic at the Major

🔥 The Major is on fire