We haven’t yet gone mad from the lack of Counter-Strike, but we’re very close. In this edition we got: Non français dans l'arène (that’s french for English at the major), m0NESY’s unimpressive first year and TLDR members make themselves look silly.

The Eiffel Tower has BLAST-off 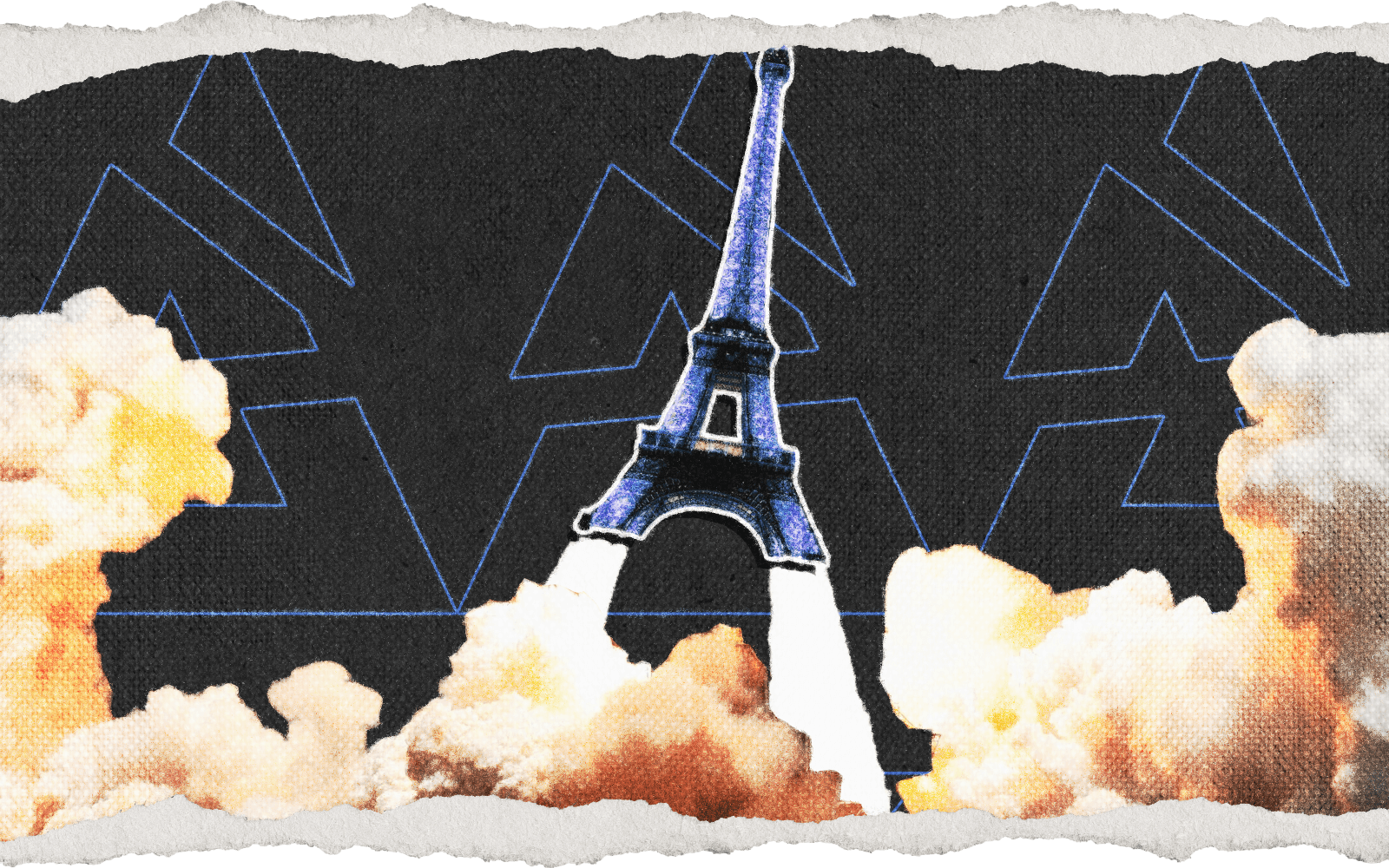 You might’ve heard about BLAST’s odd choice of locale for their Major press conference. who gave them the keys to the Eiffel tower? What you might not have known is that we were there! Okay, maybe not like that, and we weren’t there per se. But we also sort of *were “*there”, by attending the press conference virtually. the wonders of technology

Straight off the bat BLAST hit at our biggest question, would we have to listen to that “language” some call “French” in the arena? Fortunately for all but Quebec, the casting will be done in English. Only some "entertainment pieces", as they were called, will be in French. Realistically, this means there will probably be a split between French and English for the broadcast critical moments and working the crowd.

It’s important to know for sure since you’ll be spending a good amount of time watching CS in person. More than normal in fact, another topic discussed was the possibility of the Challengers and Legends Stages being held in front of crowds. Not the arena, but “a balance of maybe opening up to the public." as said by Nicolas Estrup from BLAST, one of the speakers at the presser.

That’s all they confirmed on the matter, but we’re in favor of more crowds. CS:GO is better when there’s someone to scream with the frags, well, other than the casters of course. 2020 wasn’t a good year for CS.

Last but not least, we got confirmation of the RMR locations. Some are very good to see, like Mongolia which has slowly been becoming one of the bigger forces in the Asia/Oceania scene. Others, namely Denmark, are par for the course. That’s not a negative mind you, just we’re used to it.

We’re not saying ZywOo has blown all rookie year expectations out of the water, but m0NESY finishing a measly 7th in HLTV’s top 20 in his first year at top level Counter-Strike didn’t really impress us.

Alright, it did a bit.

Though G2 didn’t win loads of events, individually they have shined, and the baby s1mple has been a large part of it. The teenager came out of the academy league with some mind-melting numbers that surely couldn’t be replicated at the top level.

And those who doubted he could do the same against the best in the world were sort of right. He isn’t the best player in the world yet. But he is 7th, so they’re mostly wrong.

Another young AWPer came in one spot above him; the Latvian Skadoodle-but-good, broky. An indomitable force on the CT side and a monster late round sniper, broky’s first half of the year was unignorable.

ropz, KSCERATO and stavn made up the top 10 beneath m0NESY, while 5th place went to m0NESY’s teammate NiKo. Probably says a lot that even in a year where NiKo hasn’t really hit god level and G2 haven’t won a lot, he still finished 5th.

There’s just four spots left now, so we imagine it’s quite obvious from here; Ax1le, sh1ro, s1mple and then MSL.

But who’ll be the best player of 2023? Well, as it turns out, we might have the answer…

Welcome to a special predictions episode of the world-renowned Overtime on Inferno podcast with your delightful hosts Logan ‘M3CHATRONIC’ Ramhap and Elliott ‘aizyesque’ Griffiths.

‘XANTARES should go to Vitality’ and

‘G2 will win the second Major of the year’

…we’re not afraid to put our necks on the chopping block.

Find out whose chances are ‘as close to zero as a non-zero chance can be’ at the Major and possibly laugh at how silly we’re about to look.

Or put us on just before you go to sleep and let us guide you into your dreams.

Shox and SmithZz come back

Last Dances are all the rage - especially when your country has the Major, apparently.

However you say ‘last dance’ in French is about to become a very popular phrase among headline writers and the like. Unless somehow Shox and SmithZz’ team in the year of 2023 isn’t among the best in the world.

We can’t see that happening, though.

In what is likely an ambitious attempt at qualifying for BLAST Paris, the old duo have teamed up with some talented youngins to create… something. We’re sure of it.

Look, all jokes aside (maybe not all, we’ve still got a few left) it’s nice to see two players with an abundance of experience and knowledge look to enrich some young talent with what they know.

It doesn’t always work, but it’s just nice to have that nostalgic rush every so often.

It’s like getting out the trusty PS1 and playing Crash Bandicoot. It’s never the same magical experience as the first time, but it still makes you feel warm inside.

The three players in question joining Shox and SmithZz are day0s, Neityu and Kursy, whom we would be lying if we said we knew much about. day0s is the oldest, at 25, with Neityu being just 17.

A cursory glance tells us… not much, in truth. day0s has the most impressive numbers, with Kursy having just 14 maps played on HLTV.

If Shox and SmithZz do get to Paris to play the Major, it might be the best achievement of their careers. Including winning a Major.

There’s more to life than the Top 20

🔦 A special spotlight on…

❌🪂 A fall from grace