If you thought kioShiMa was the problem, what do you even call smooya at this point? The British AWP'er is a free agent once again, as his move to Mongolia breaks down.

They need a change, or three 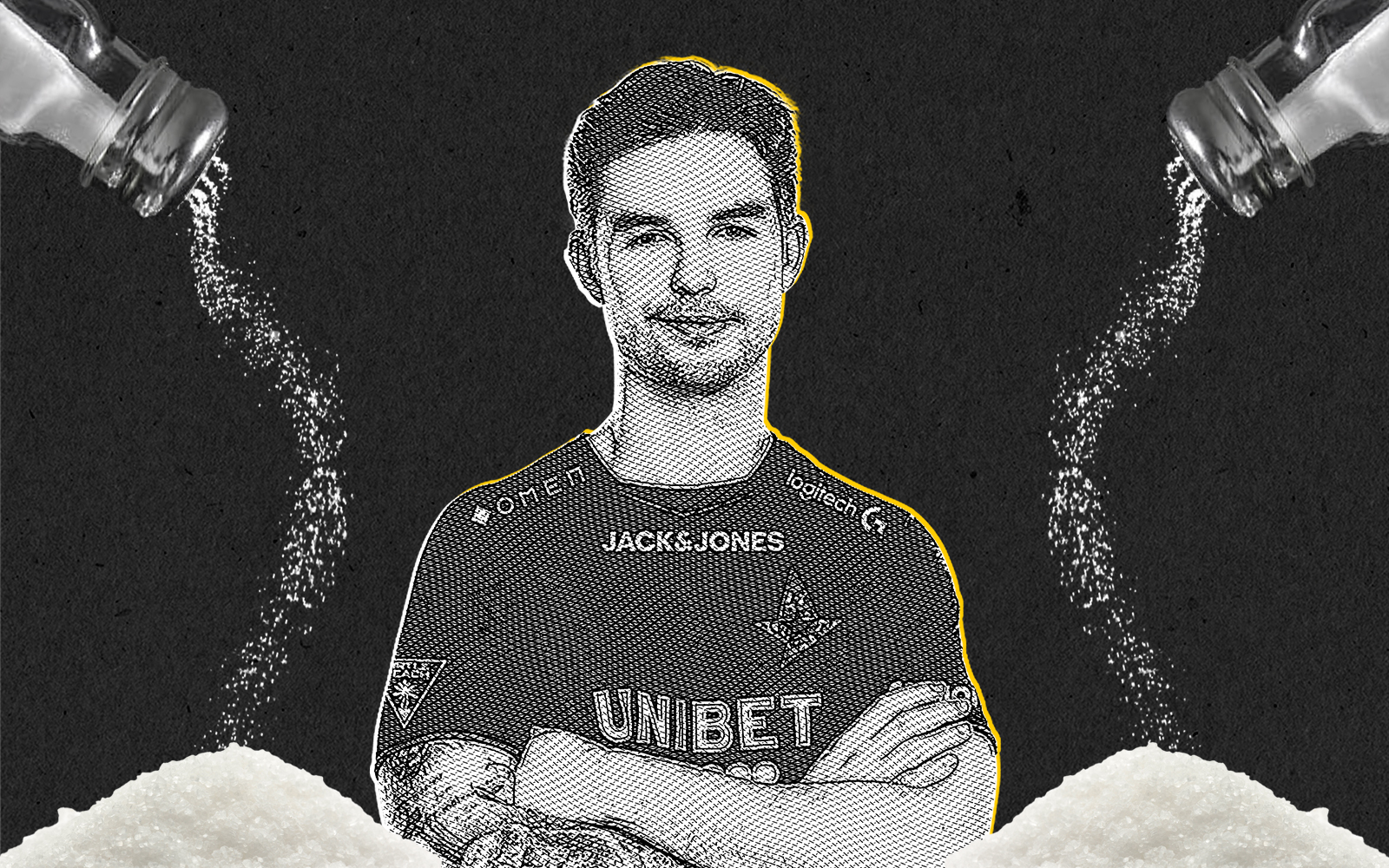 Danish CS:GO teams better shore up their contracts, because Kasper Hvidt, Sports Director at Astralis Group, went public on Monday with a blog about player burnout in which he writes that ultimately they "would like to see across game titles a full 10 player set-up with an academy team".

The blog comes at a time where Astralis has come under fire from the likes of Thorin, Richard Lewis and DeKay, for maybe not being completely forthright about their inner workings. In what ultimately looks like a critique of that, Hvidt states "It is not healthy that we have leading members of the scene making it a business to call out players with burn-outs liars.". Cue the This Is Fine image.

All the while the organization is in turmoil, JUGi and Snappi have tried to weather the storm on the server, to no apparent avail. The team ended second to last in their Blast Premier group, and have fallen from the number one spot on HLTV's ranking due to point decay after losing 2/5 of their roster. In the middle of it all, dev1ce couldn't but help point out that this is a new reality for the team, and that everyone has to adjust their expectations to it. If life gives you abundant amounts of NaCl, dunk some tequila shots, haters.

In terms of dunking anything else, it might be some time yet until that'll happen. Due to the penalties for swapping players in and out of the roster in the Major qualifying events, Astralis has decided against playing the next RMR-event. According to North's Head of Esports, Graham Pitt, they could potentially end up with negative points for attending, if they didn't place high enough. Not ideal.

In group A at Blast Premier's EU Showdown, both NiP and ENCE managed to erase recent bad showings, by taking first and second place respectively. Portugese outfit sAw dropped three of their first four matches, which actually saved Astralis from a humiliating early exit. The Danes won only that one match and took the 4th place, while Vitality in some miraculous way managed to lose to sAw, after drawing against both NiP and ENCE. Yeah, online CS is weird like that.

In Group B things are a little more clear: Virtus.Pro are still bad, and despite winning 16-14 against Mousesports with a standin (we don't know either), they were eliminated in last place. Dignitas took 4th place with 1 win and 3 losses, while Mousesports weren't much better in 3rd. Their record was 1 win, 1 tie and 2 losses. MAD Lions took the group win and looks like one of the favourites to progress to the EU Finals.

The EU playoff picture is a bit confusing to describe, so we'll urge you to take the jump and see the bracket for yourself. The first elimination matches are bangers though: Astralis vs Mousesports and ZywOo vs f0re... sorry, we mean Vitality vs Dignitas.

In NA we're witnessing a full on clown-fiesta, and not for the first time in this online CS world. We're actually not so sure what we are witnessing. EG and MIBR are turning themselves around, while 100T and Cloud9 are.. well.. clowning around. NA doing NA things. The full groupstage and playoff picture can be found here.

One thing we honestly love about Blast Premier Showdown is all the individual player cams. How else would we for example have known that allu is a lover of sturdy design?

Is there even a number 1 team right now? 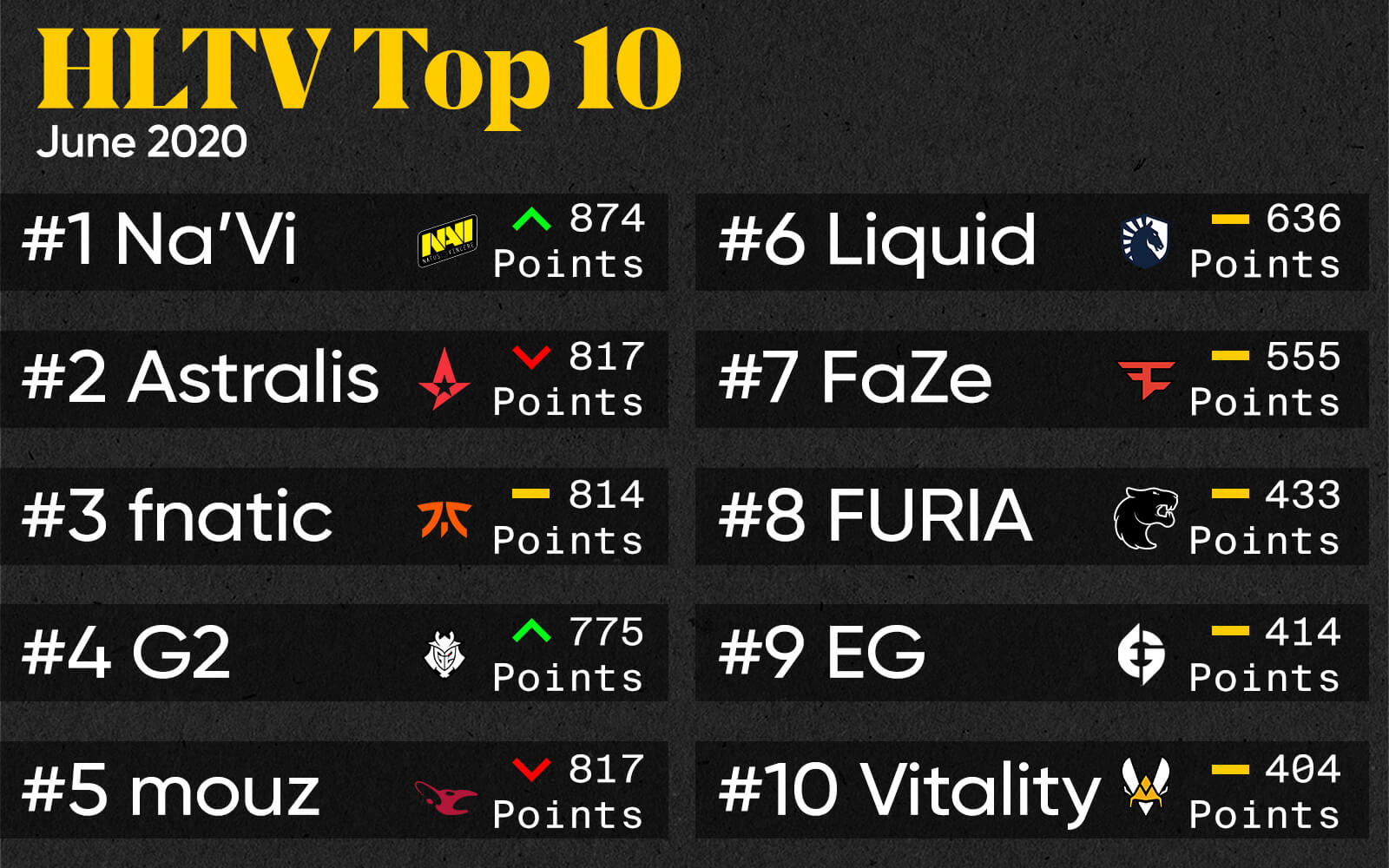 While we all know that the best CIS team right now is Spirit, it's actually another CIS behemoth that has reclaimed the top spot in the world. Natus Vincere have squeezed themselves in front of a decimated Astralis-lineup on HLTV's most recent world ranking.

The Danes have lost 40% of their points after Xyp9x and gla1ve took leaves, but they're still barely in second place, leading Fnatic with three points.

Another way of looking at the ranking would be by asking: Is there even a number 1 team right now?

With every game being played online, teams and players spending more time at home than with each other, and no intercontinental play, is it really fair to say that anyone is the best team in the world? And with the current roster instability that is plaguing several teams, can you even compare them against each other?

Welp, that was a lot of questions and frankly we don't have the answers. Let us know on Twitter who you think is the best team in the world right now (and why it's Spirit). We'll share the best answers in our Monday edition 🧠.

When you ask people "what is the first international CS:GO super-team?", most would automatically think about FaZe. The American organization has become a synonym for that sort of team structure, but the foundation was actually laid by ScreaM and Maikelele.

In HLTV's most recent "The Story Of" feature, Luis Mira sat down with some of the people involved in the first international superstar lineup that came to CS:GO, namely Kinguin.

Five years ago, the lineup starring the headshot masheen and Maikelelelelele had first been in talks with SK Gaming, but Kinguin had offered more money. Maikelele describes the org-choice as more risky, but that they felt like taking a gamble. ScreaM and Maikelele had both been in a bit of a dip when it came to team offers, as Maikelele had felt disconnected with his native scene and ScreaM had been written off by the french-speaking players.

In an everlasting desire to be on top - no innuendos intended - the duo teamed up and started looking for more players to fill the gaps. Again, no innuendos intended. Maikelele got back with his former LGB teammates rain and SKYTTEN, while veteran Portugese AWP'er fox became the last piece of the puzzle.

We'll keep the rest short, but Kinguin not only coughed up more lovely green dollarinhos for the deal, they also upped the ante on the salary department. According to the article, the players on Kinguin suddenly earned almost four times as much as the average player, causing salaries to skyrocket all over the scene. Can we maybe get a bag of money as well, Kinguin?

There's plenty more in the meaty piece, including someone throwing a shoe at an owner and aizyesque's favourite player becoming a superstar. So get on reading!