#88 NiKo, FalleN and coldzera in trouble?

Heroic, Astralis, TIGER and c0ntact. We could potentially just be listing random teams, but this is actually Snappi's team progression - in 3 weeks. We can't even begin to fathom what's going on.

Pros and teams targeted over Conflicts of Interest 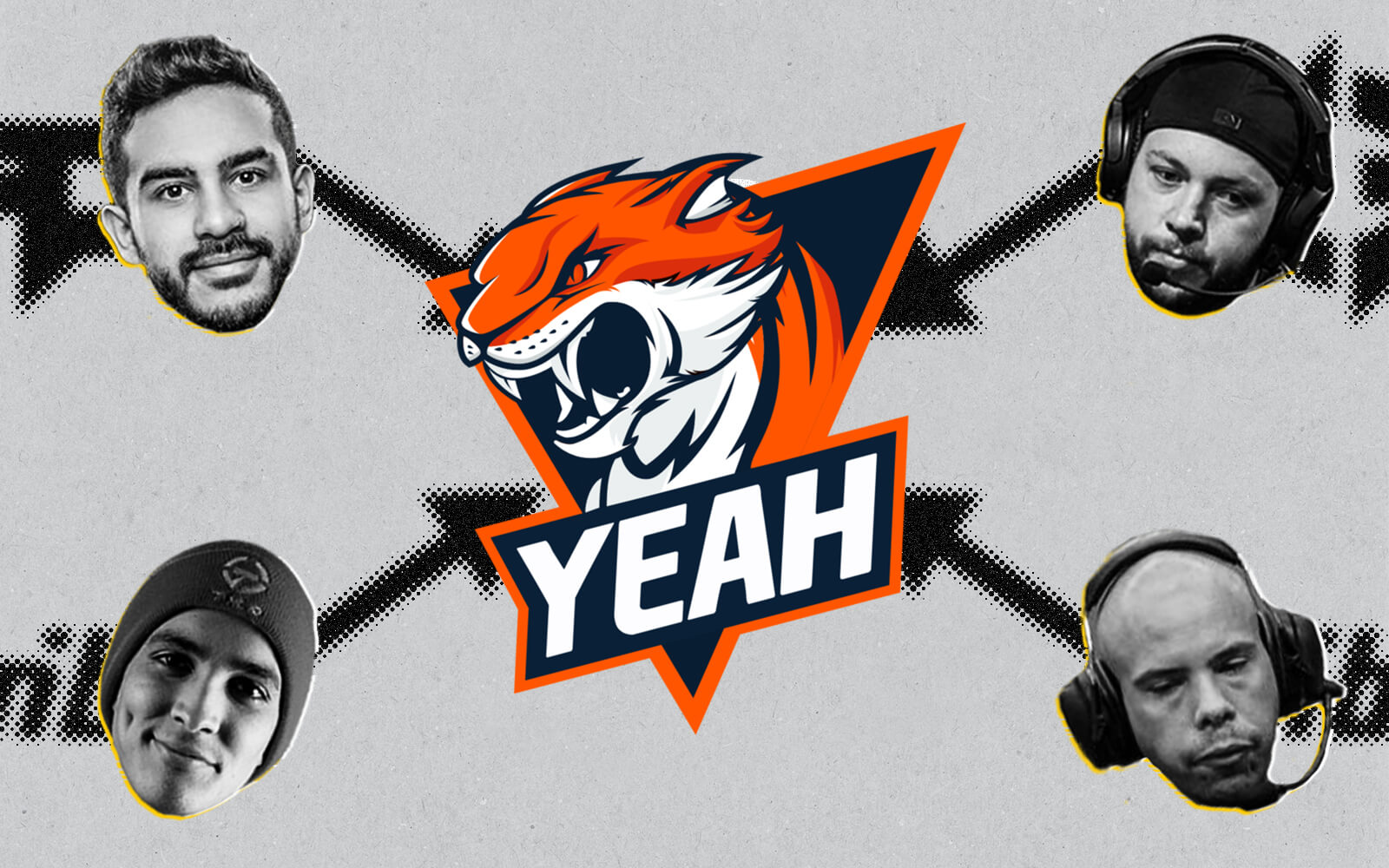 Valve are threatening to swing the hammer of almost-justice on the teams and players that were found to have conflicts of interest with other Major cycle participants. As per usual, it is in Valve time, but it's better than nothing at all. If your interest in conflicts of interest is not that high, then fear not - we'll give you the TLDR, with 0% interest.

The most blatant conflict can rightfully be said to be the one between YeaH and MIBR. Not only does Immortals Gaming Club (IGC) - the parent company of MIBR - have a financial agreement with YeaB about being able to buy up to two of their players once a year, but TACO, dead and FalleN all have minority shares in the company. This means that they are all co-owners of the company. Shadier than "dark" on B site Inferno. coldzera at FaZe and zews in EG are also co-investors in YeaH.

Other conflicts that were addressed were GeT_RiGhT's minority stake in NiP - he's never really left, has he? - and Mr Tesla Bad lurppis' minority stake in ENCE, while working at IGC. All parties involved have until the Major in November to resolve these issues, or they'll be joining steel, AZK, swag and DaZeD and sit out this and every other Major cycle.

Hey stunna, you dropped this 👑

Hint: It's to do with 7-man lineups

How Astralis tries to combat burnout

Have you ever thought that there could be a little too much Counter-Strike? We do, and we're not even pro players, that are being air-shuttled around the World, living in hotels 200 days a year. Hell, this newsletter probably wouldn't even exist if it wasn't for the overwhelming nature of the event calendar.

So it comes as no surprise, that teams are currently trying to figure out how to make it easier for their players to cope with the constant stress. With two players already sidelined, Astralis are working hard to mitigate the problem and have talked extensively about that on both their website and in an article on ESPN.

With Xyp9x, Kjaerbye, gla1ve and olofmeister all taking breaks, the problem seems to be at it's peak. Everyone, the players, orgs, TO's and the CSPPA, are busy trying to figure out solutions, and in the ESPN article, dev1ce gave some interesting comments on the current situation. Having been on a break himself back in 2017, when the Astralis era was but a dream, dev1ce is in the unique situation that he's been there and come back.

He advocates that players' listen to their bodies: "After my break, I regained a lot of control on how my body reacts to stress and how to tolerate it, so for me, the last few years haven't been as tough as before" best advocates the importance of breaks. Not to be confused with brakes - although equally important.

What Astralis are looking to do - hipster trendsetters that they are - is create an environment in which "it is accepted and expected to be 'vulnerable'." While expanding their roster beyond five players may look to some as a way of increasing the competition between players, Astralis' Sports Director, Kasper Hvidt, believes it will allow for a better team culture. Team culture doesn't always win you games though. This is, amongst other things, how they imagine their future on top of the rankings. With how they're playing currently, that'll be the distant future.

DreamHack Masters EU down to Final 4 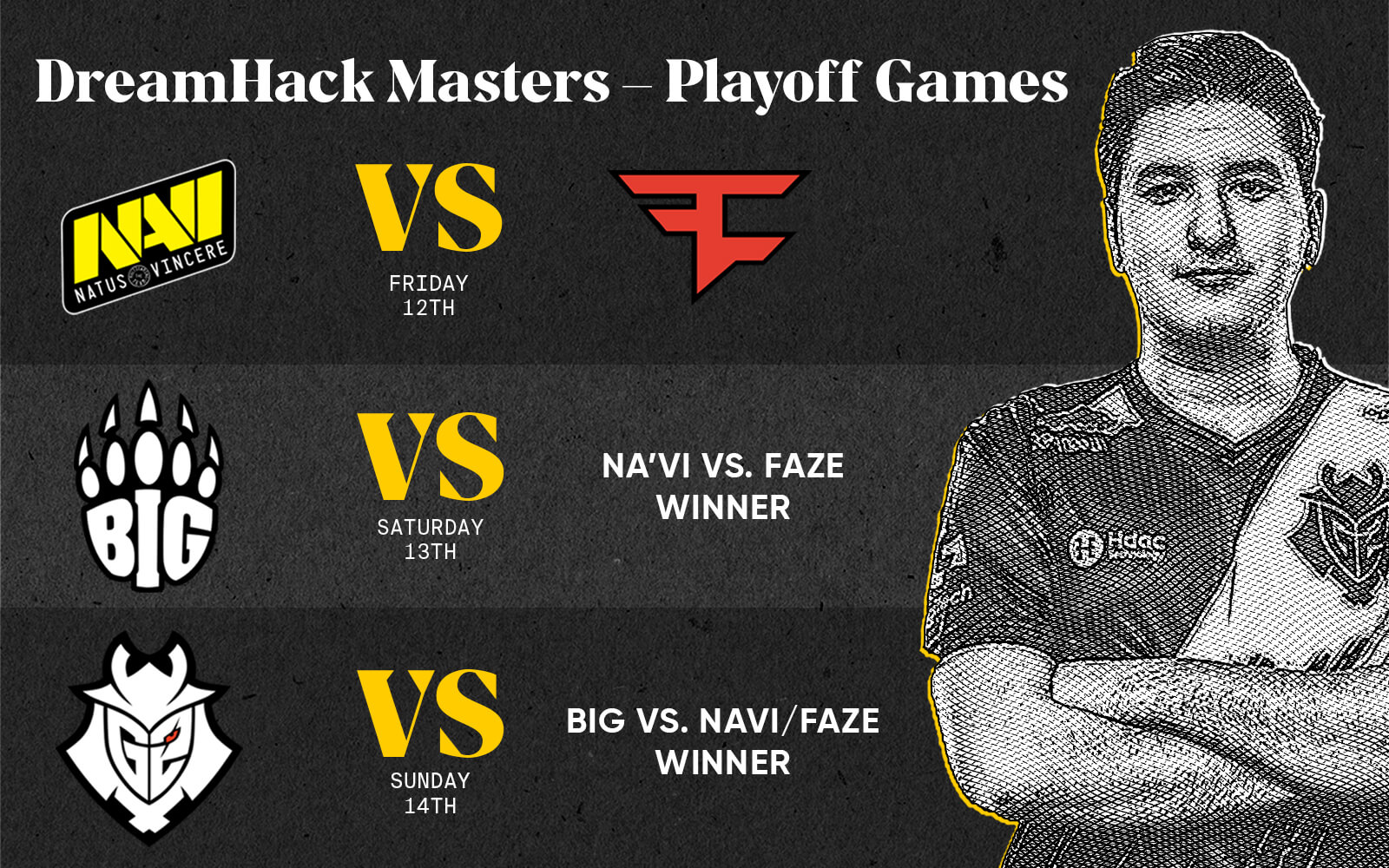 G2, BIG, NaVi and FaZe Clan are the final teams to battle out for the DreamHack Masters Spring Series trophy - try saying that fast 10 times. The French-Serbian-Bosnian collective has managed to reach the Grand Final by beating everyone but North (yes, you read that right), and this time they won't be able to lose it 0-3, as they get a one map win advantage due to coming out of the upper bracket. To quote a very smart man though: Life finds a way.

G2 will be joined by either BIG, NaVi or FaZe, where the latter two are facing off tomorrow in the lower bracket. With how s1mple has been performing recently, it might get ugly very, very fast. Although FaZe also had some crazy things up their sleeves, managing to put NiP to bed with only a few glocks and a P250. GLAWKS man, GLAWKS. The winner of the FaZe vs NaVi match gets to take on BIG for a place in the final against G2.

No, it's not a bug, it's BIG. And we were equally surprised to see the tabseN and co. take down FaZe 2-0. You have to hand it to them though, they are frightening when they get their game rolling. syrsoN specifically has been a joy to behold, slinging the AWP like a champ, and if that's not available, the Scout. In fact syrsoN's 2nd best weapon is the Scout, and he has as many kills with it as he has kills with all rifles and SMGs combined. Bonkers.

Valve opens the door for retakes

It seems like Valve has heard us, and even better; actually listened*.* The most recent patch CS:GO received addressed some of the issues people had with the agents and their contrast with the rest of the map. While some players are arguing for the return of the popular 1.6 command, cl_minmodels 1, and others are arguing for the aesthetic value of the agent skins, Valve chose for the compromise between the two.

A new setting in your Video Settings has been added, called "Boost Player Contrast". It adds extra emphasis to player models, and makes them easier to spot. So far it has been widely received as a good change and a good middle path between the two extremes above. A good compromise, that's a first.

Along with the new setting, some of the agent skins have been tweaked to pop more on your 240 Hz Gamer Monitor, and some spots on certain maps have been adjusted for visibility. Another very welcome "old-skool" change has also been introduced. The B doors on Dust II have been flipped, meaning you can now peak towards the exit of Tunnels instead of the Bombsite. Sweet!

The updates comes with some more miscellaneous changes, so we recommend you still take a look at the patch notes, and for a better idea of the visual changes we recommend 3kliksphilip's video. He's rebranding to ASMR*, so that's a win-wi.*

The Gold from Ipanema

Aww shit, here we go again. It's Major time, or at least Regional Major Ranking tournament time. In EU and NA cs_summit 6 is the "Summer" qualifying event. The main tournament will be preceded by regional qualifiers, but the big teams will be facing each other for those lovely ranking points, and some prize money, on the 22nd and 23rd of June. For napz' sanity, we hope mousesports does better in this one.

After the teams from the Western hemisphere have been at it, Asia is up next. The Asian event is organized by Perfect World, who've dubbed their event "Asia League Summer". Catchy, but we're not quite sure why they've named it after the TyLoo player though. Maybe because that's who they're expecting to top the rankings? The event will run from the 24th of June through to the 19th of July.

And last but very much not least, your favourite matchmaking teammates will take eachother on to see who's best at "rash B сука". The tournament they will be participating in is the WePlay! Clutch Island, which we vote to be the most nondescript name of the three. Like the others, the main event is preceded by qualifiers - gotta find out who's the next Vega Squadron - and will be taking place from the 16th of June up until the 28th of the same month.

Let us know on Twitter who you think will win all three events. If anyone guess all four winners correctly, we'll give you a SteelSeries Arctis 7, and call you Nostradamus.