Mixwell left CounterStrike and won a VALORANT-event, maybe NiKo should do the same so he can try to win something again.

A star is born 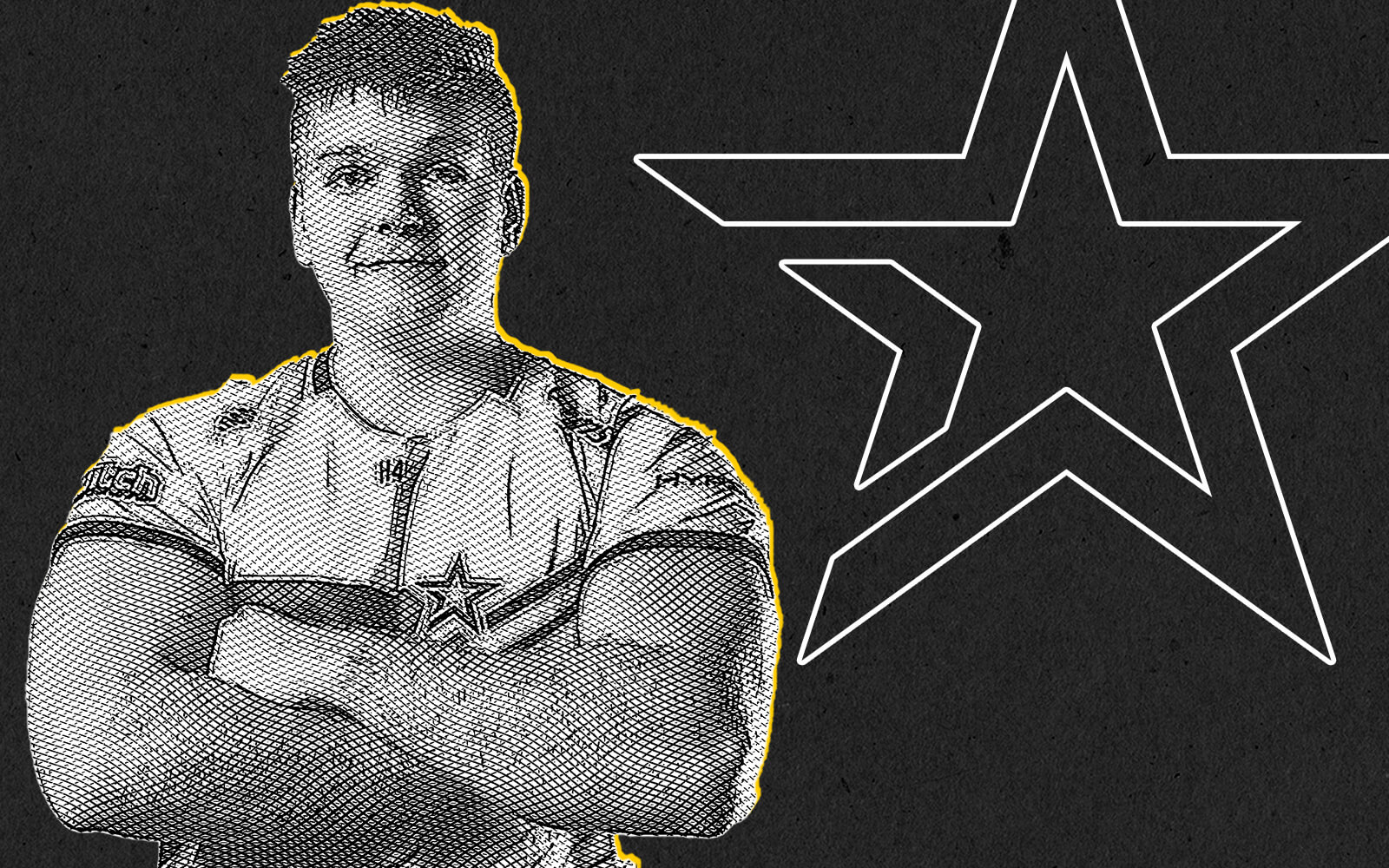 Benjamin the beefcake took over BLAST Premier and bullied everyone, dropping a +13 in the final to outdo Zyw- wait never mind, the French boy got 80 kills. In a loss. In a loss.

While he couldn't quite outperform the wunderkind, his 1.27 rating made him the second best player in the tournament. With k0nfig, the Danes took over and forced a deserved Complexity win.

You know what that means? Complexity are now the best Danish team. Except North, of course.

This video game even had a grown man in tears. It's the first time we've seen that since aizyesque had to play Inferno.

The last three tournaments have been won by three different teams, meaning online play is the only thing less consistent than NaVi.

Vitality continued their consistent streak of being the bridesmaid, but never the bride. Not even another mind-blowing performance from ZywOo and some antics from shox could get them the win in the end - but given they've got apEX leading them instead of ALEX, it's pretty solid.

In the meantime, FaZe Clan have carved a niche for themselves as the third best team no matter what else goes on. Seriously, they've come third in the last three tournaments. That's more bronze medals than North Korea got in the last Olympics, as long as you don't listen to Kim Jong Un.

OG were almost impressively unimpressive, showing little to no improvement from the last few months. This was more stark when contrasted against the aforementioned Complexity, a similarly-built team who have been tearing it up. OG lost to NiP and NaVi to go out in last place, with ENCE.

Back in a Major way

Major Qualifier? More like qualified as majorly stacked. The cs_summit 6 Regional Qualifiers are set to start today, with sixteen EU teams quarreling for five spots in the regular cs_summit 6 Europe, and eight NA teams battling out for three spots in cs_summit 6 North America.

With notable teams such as Fnatic, BIG, Cloud9, MIBR, Complexity and MAD Lions in participation things are sure to get feisty, and that's just the qualifiers. Plus with smaller, but no less dangerous, teams like Endpoint, Sprout, Triumph and Nordavind as their opponents, we're bound to see a few upsets.

The main event is sure to be interesting as well, because let's be honest, who would want to miss an event with FaZe, G2 and mousesports and Vitality? And the other side of the pond isn't any worse either, with the usual suspects - Liquid, EG, FURIA and 100T - all being present. The only team we know will be missing is Astralis, who decided to skip the event to prevent potentially losing points due to roster changes. Even when they don't play they out-think their opponents.

Of course, there is also a CIS and an Asian event, which are truly worth checking out. The Russians and their local comrades have already had the opportunity to get started with their qualifier, but the main event is set to start on Tuesday. And as for the Asia event, well, that's usually TyLoo-busines, but don't worry, you can catch up with the other teams on the 24th as well. Plenty of CS for everyone.

We love us some mir

The teamlist for EPL S12 is finalized 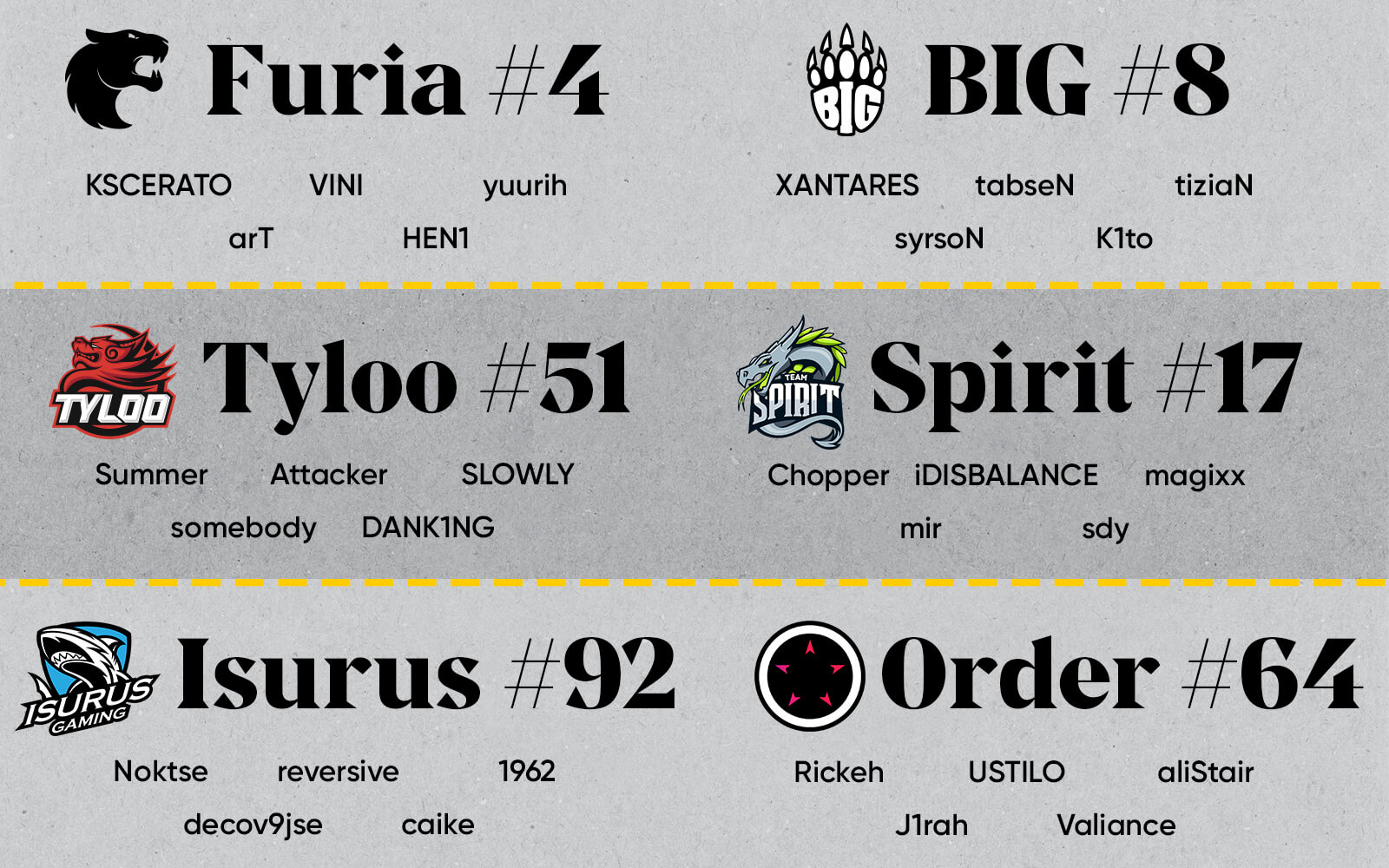 After a lot of qualifiers, the teams that will play in Season 12 of ESL Pro League have finally been decided. Not all qualifiers were created equally, and some were more interesting than others. In NA for example, only three teams participated in the qualifier.

Those teams were number one Brazilian team FURIA, upset hungry underdogs Triumph, and Colombian team Infinity. Infinitely unknown to us, frankly. Unsurprisingly, FURIA came out on top, booking their place in EPL.

Over in Europe things were a bit more interesting, as there were not only more teams playing, but also two spots up for grabs instead of only one. EU > NA. Following their recent good performance in DreamHack Masters, BIG showed us some quality CS and didn't drop a single map, taking out Virtus Pro, forZe, and Spirit in their path to first place. Spirit managed to regain their winning spirit however, clinching the consolation final against their local CIS rivals, forZe, and the second spot in EPL. That means more mir for us, so we're happy.

We'll save you the hassle of finding the results of the other qualifiers, and give you the quick run-down. It's kind of what we do, we know. In short, out of the South American, Asian and Oceanic qualifiers, Isurus, TyLoo, and ORDER emerged victorious. If you're still a bit lost about which teams came from where in the list of participants, we recommend you check out EPL's Liquipedia page.