ESL One Cologne or ESL One Col-online? That's the one of the questions we're all asking now. The other one is what the hell BIG are feeding XANTARES.

Who is the bad guy?

FLASHPOINT goes after CSPPA for breach of contract 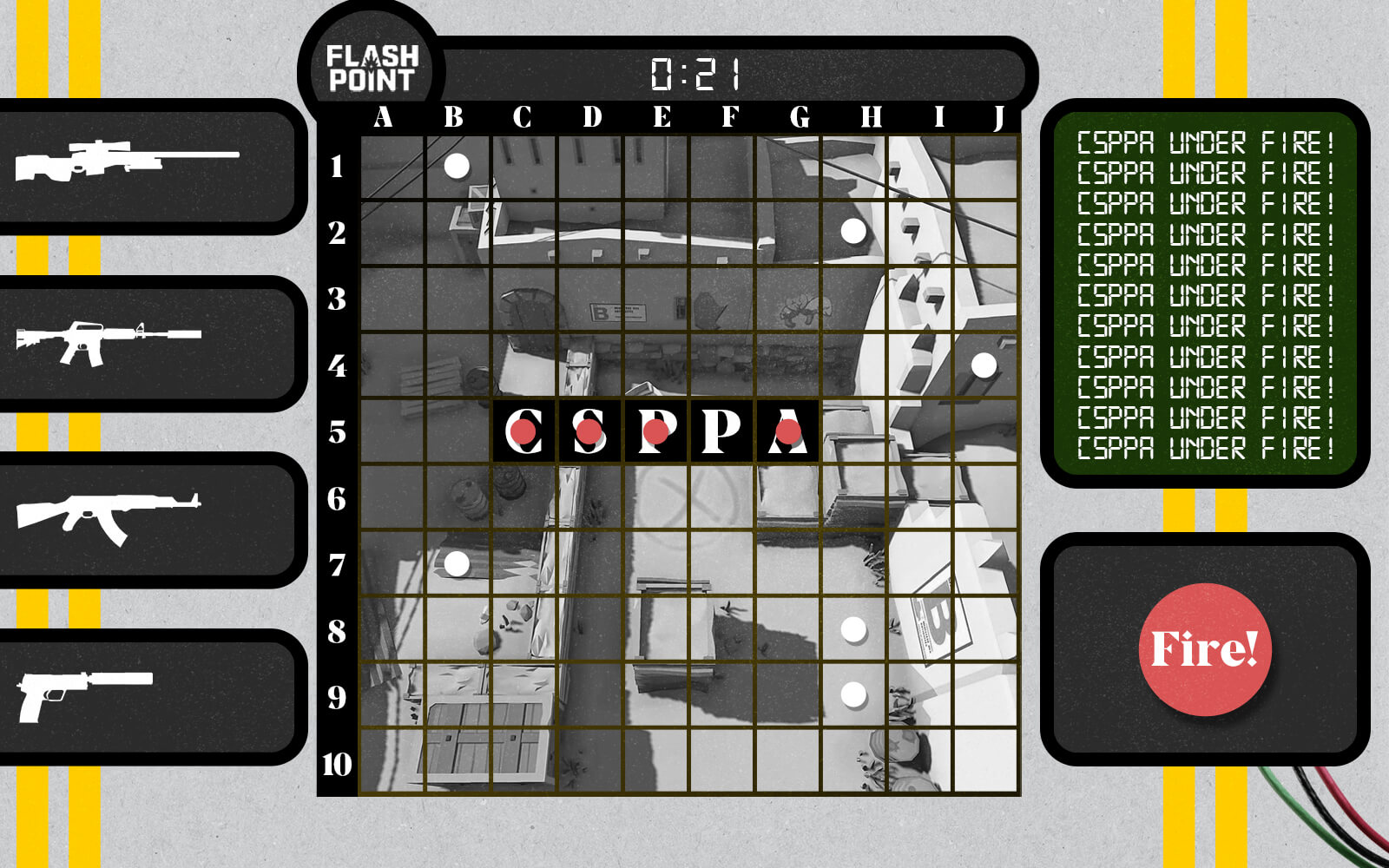 Bear with us, this is messy.

FLASHPOINT are unhappy with the CSPPA - which, as you might remember, is the player's union. Apparently, the league lost out on a monitor sponsor due to the CSPPA's 'unresponsiveness', after FLASHPOINT agreed a deal to let players test monitors before committing to the deal, and got no response from the CSPPA.

They also complained that the player's association stopped them having any mechanism for fining players for being late, due to complaints, and that the CSPPA have done nothing to create a new ranking system (apparently players don't like the HLTV one, because they have to play games to get ranked. The horror.)

The most egregious complaint is that FLASHPOINT accuse CSPPA as acting as agents for players and the Conflict of Interest wherein is an ethical concern, and end up calling out the CSPPA for a lack of transparency.

Apparently, this agent work caused the FunPlus Phoenix deal to fall through, as players ended up asking for more money - something which Heroic CEO Erik Askered seems to comply with - so it's no surprise that FLASHPOINT are withholding a payment, as they feel cheated.

The CSPPA deny all claims, and believe that by law, FLASHPOINT missing the payment is the real problem. Which is probably technically correct - the best kind of correct.

What do we think? Absolutely no idea. FLASHPOINT seem rightfully angry IF what they claim is true,  but unfortunately unless you can prove all of that (and even then, potentially) you cannot withhold payments.

Oh, and it seems like there was more going on than just minor agent work. We've ragged on FLASHPOINT a lot, but they do seem to be a little hard done by, here...

OwO, what's this? While FLASHPOINT's letter was well written, it's always good to get both sides and... would you look at that. CSPPA reckon they had absolutely no agreement to do any of the things they were accused of not doing. lurppis disagrees, suggesting they asked to help test the monitors... but they had no requirement to.

They just straight up said 'we had no obligation to do that' like seven times. Hilarious stuff.

It's totally possible they're just fronting, but the CSPPA do kind of sound like they have FLASHPOINT in a legal headlock. The $165,000 payment will be just the noogie on top.

Okay, okay, it was the '7th Place Decider Bracket' Grand Final, but aizyesque is taking what he can get right now.

North took NiP down in two maps to secure a hefty chunk of Road to Rio points - which are damn useful, given they lose some for bringing Kristou in. MSL and aizy duo'd to bring down the Ninjas, who were, as is tradition, impressive until they weren't at cs_summit.

There were other, less minor, successes, too. BIG continued their destructive online form by steamrolling Fnatic to take on Vitality - our other major winners - in the upper bracket, today.

Heroic took out Fnatic to stay in the race for the top spot, thanks to some vintage... well, a side of cadiaN we've not seen in a long time. He and niko were the top performers on Heroic, oddly. OG confirmed themselves in the top four (even though they're lucky to even HAVE a chance at qualifying, as they lost to GODSENT at the Minor) after beating... GODSENT. Weird how that works out.

GODSENT themselves impressed again, and can secure 5th if they beat Fnatic. Maybe farlig is an upgrade on Maikelele????????

The biggest losers of summit are mousesports. Like, they were just... losers this time around. They didn't win a map, losing 0-2 to both GODSENT and Fnatic. They ended up coming joint last with FATE, which is quite poetic, really.

FaZe had to beat Movistar Riders to secure an 11th place finish and grab a few leftover crumbs of the loaf of RTR points, while G2 and ENCE took 9th and 10th. Not exactly brilliant results for them, either.

Over in NA, MIBR are in with a real chance of missing out on their home Major (should it go ahead, that is) as they finished joint last with d̶i̶s̶g̶u̶s̶t̶i̶n̶g̶ ̶c̶h̶e̶a̶t̶e̶r̶s̶ Chaos, who were unable to win a game at cs_summit. Weird. Maybe both teams just aren't that great? (It should be said, Chaos are playing without steel, for... obvious reasons)

One of Liquid, EG, 100 Thieves or Gen.G (who played last night, but due to not being on gamer time here in Europe, we will miss) will win the whole thing, which is hardly surprising. It's good to see EG back again, though. We missed those guys.

Spirit ahead in CIS Major-race 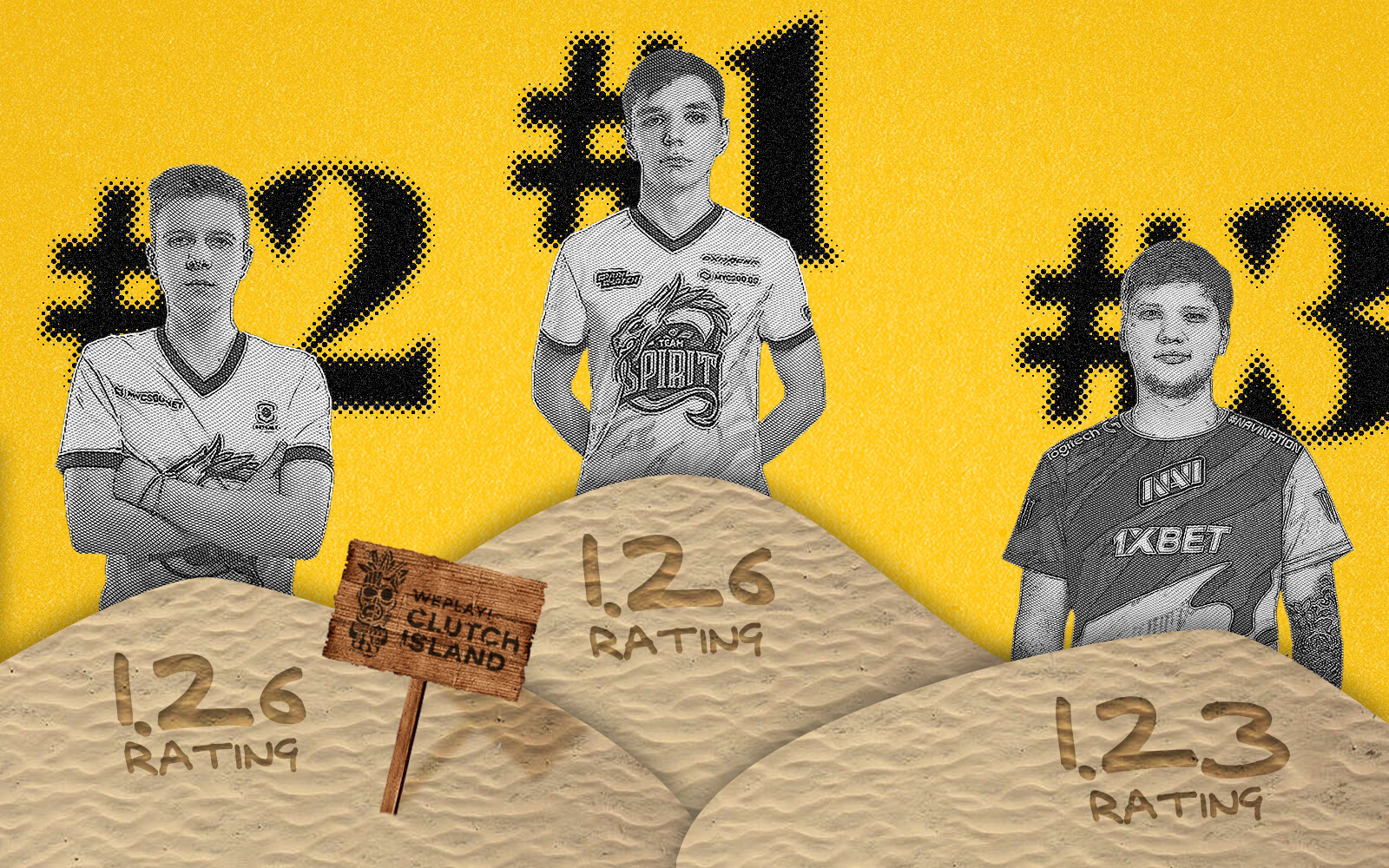 Na´Vi have finally shown us that they are indeed able to win online. In a tight two mapper the #1 team in the world managed to beat TLDR's #1 team in the world, Spirit. With this 2-0, NaVi have secured themselves the the victory at WePlay! Clutch Island - the CIS Summer event for the Regional Major Rankings.

Despite s1mple's mule level carrying in the last match of the event, he still got outperformed overall by iDISBALANCE and mir, with s1mple only sporting a 1.23 rating - who knew we'd ever think of that as not good enough - and the two Spirit players both achieving a rating of 1.26.

This marks the second win for Na´Vi in the online period, with the first being the Gamers Without Borders charity event; netting $750,000 for UNICEF. Clutch Island was a bit more meager in terms of prizes, but 2,000 RMR points is pretty solid..

They managed to bounce back, despite losing their opening match against Gambit Youngsters, of all teams. In spite of all this effort, NaVi are still outdone by Spirit when it comes to the CIS RMR Rankings, with the latter being on top by only 45 points. Best in the world? Not even best in the CIS, Na´Vi

ESL One Cologne in jeopardy (again)

Oh how we rejoiced at the idea of a LAN tournament when we heard on the grapevines that ESL One Cologne would be a studio-event.

ESL had stated earlier last month that they would be looking into hosting a studio event for the 2020-edition, if the conditions would allow it. But with current travel restrictions and infection rates in certain big CS countries, things are starting to look grimmer and grimmer for the that prospect.

Germany currently only allows travellers from Australia, Georgia, Canada, Montenegro, New Zealand, Thailand, Tunisia and Uruguay, alongside EU member states. So that'd be the EU scene + no one else, yikes.

Although most teams have been decided for the event, let's just say that hosting the event on LAN with Germany's current restriction would probably take the list of teams down to less than ten. We can count them on our two hands at least. It doesn't surprise us then to see DBLTAP report that the tournament could very well be moved online after all.

There are still 6 spots to fill as well, which will be decided through the totally accurate ESL World Ranking. Four EU teams and two NA are still missing, with the last ranked tournament before Cologne being DreamHack Open Summer. You can find more on the  tournament timeline and the rankings on ESL's website.

Spirit, MAD Lions, Virtus Pro and ENCE are currently sitting on those last four spots, but depending on the results at DH Open, several teams can overtake them, including Complexity and OG.

The saddest story we've ever had to cover

Though it's not strictly CS:GO related, we at TLDR give our condolences to Reckful, his family and friends, and anyone whose life he has touched in any way, big or small, after the streamer was confirmed to have passed away at 31 years old. Rest in Peace.

His last few tweets were heartbreaking, and reading the last public words of a man who took his own life chill even the hardest soul to the bone. This message from Becca, a girl who he placed his everlasting love in at the end of his too-short life, is equally sad, but conveys a better message.

Mental health is something that we should never ignore, and though we are often told to talk about mental health, that sometimes isn't enough. Talking publicly about it is easier than ever, but realistically, you have to find your own way to deal with it, and just talking about it sometimes isn't enough. Talking to a trusted friend, calling your parents or even calling a helpline when you feel helpless are things you need to do - but speaking to doctors, therapists and the likes are also helpful to some people.

We at TLDR would like to extend an arm, and say to any of our readers that if you ever find yourself feeling lonely, helpless, depressed or just need a virtual hug, that our DMs are open. Don't struggle alone. Don't less this story repeat itself. You matter.

I, aizyesque, have had struggles with mental health issues and I'm quite open about them, so while I may not understand everything, there are issues that I've dealt with before. I take medication for anxiety and have done for a few years, in order to ease the panic attacks and sleep deprivation which have plagued me ever since a particularly destructive relationship I had in my teens.

You don't have to be that open, but we believe it's easier to be personal and open up to someone who makes themselves vulnerable. You shouldn't hesitate to confide in us, if you so choose. We care about you.

We would also like to recommend HealthyGamerGG - the work of Dr.K is important and many of his videos can help any of us in an online age.