We're baffled by what's wrong with FNATIC - well, we're not, but we feel like it's wrong to say FNATIC are bad.

One half of Sweden in turmoil

FNATIC are out of FLASHPOINT. For crying out loud.

It's a story we're getting bored of, honestly. FNATIC are going full MIBR and completely ruining their entire legacy, and nobody is bombing faster than JW.

He and Golden combined for 90 deaths in two maps, and just 45 kills. You... you can't win with two teammates doing that. You can ask s1mple, if you want. It ain't possible.

The move for Jackinho is getting some stick, but what's weirder is that they brought in a sixth man, Peppzor, and they're persevering with JW, on a rifle, stinking the place out.

Losing to Complexity in theory isn't terrible, but COL have not been that impressive of late. They're solid, but nothing special - and we don't think it was some special performance from them.

At least the rest of us can laugh at FNATIC. It's always nice to see some big dogs humbled, and while it's not quite as nice as seeing Manchester United lose, it's like seeing Bayern Munich lose. It's pretty damn nice.

Remember when JW was smug? Not so smug now, are we?

The other half of Sweden in internet hell 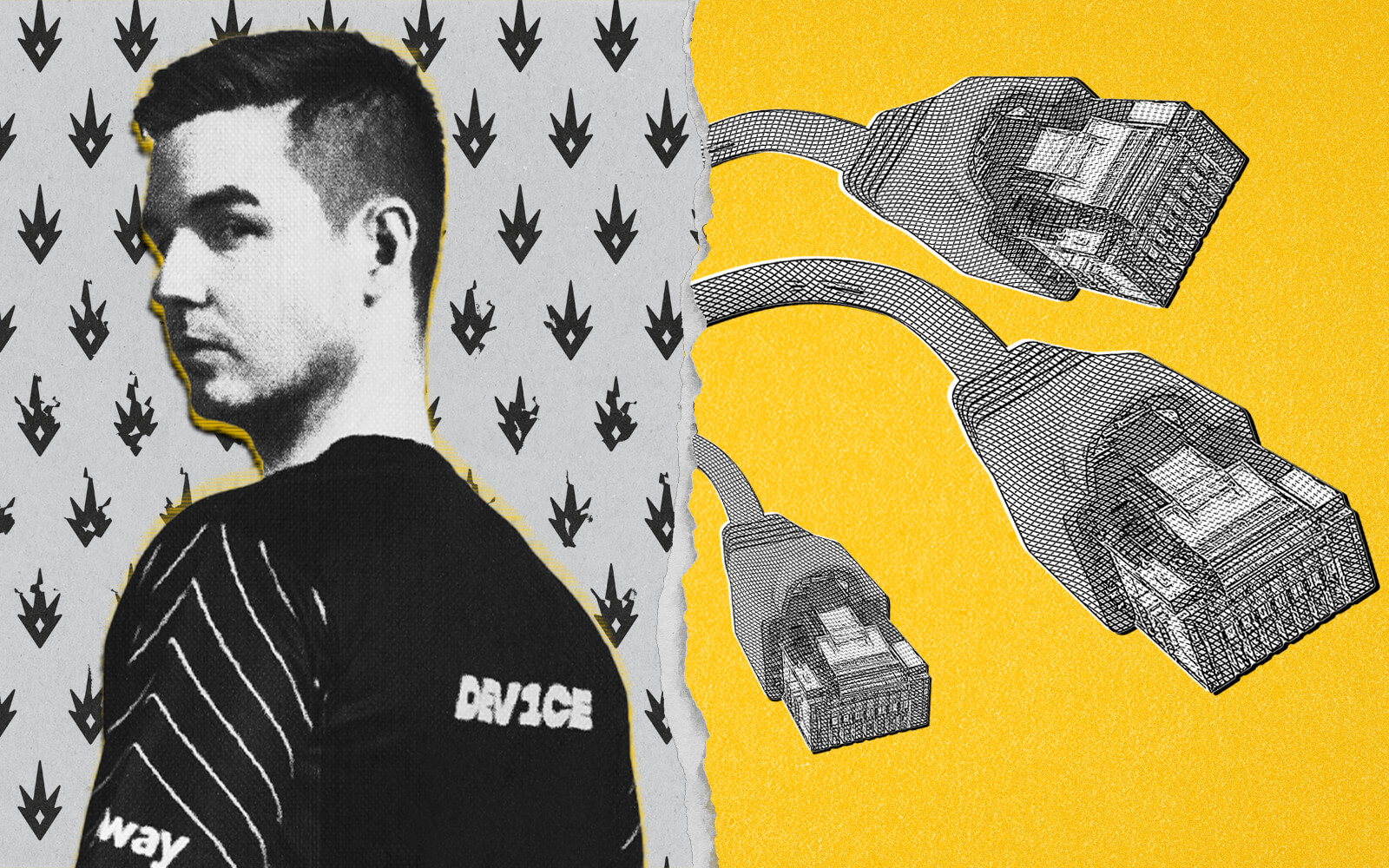 So, we were going to do a whole piece calling NiP sore losers, laughing at them for losing to Anonymo and mocking them for having bad internet.

And then, Flashpoint have gone to VAR and disallowed Anonymo's win, and the game will be replayed. Yeah, you read that right. NiP were lagging so the whole game gets replayed after an official complaint.

Now we have real grounds to call NiP sore losers.

Let's take it back a step. NiP lost to Anonymo, and complained about packet loss. We'll ignore Richard Lewis and device arguing about how much packet loss, because it's a really immaterial argument. Feel free to look that one up.

Anonymo fired back with an absolute banger, but now are being walked back and have to play the game again.

NiP supposedly had really good proof that it wasn't their fault, and pressured Flashpoint and Anonymo to accept it. Even though Anonymo didn't accept it, the game is being replayed.

Nobody knows when, because... well, this has never happened before.

Do we think Flashpoint would have done the same for Anonymo? Why wasn't the game postponed? How far does this go? Should we be replaying all the games that had a coach bug in it?

The idea that you can retcon a game after the fact seems nonsensical, and NiP being crybabies on Twitter has forced Flashpoint's hand a bit. Flashpoint should be stronger, but it's a tough situation for them.

Sh*t happens, and we are defined by how we react to it. NiP have shown themselves to be sore losers. Perhaps device is still scarred from DH Stockholm, and doesn't want to face North 2 in the lower bracket. Or maybe, he should just suck it up. Life's not fair.

Maybe they should have used some of that device money on a better internet set-up, eh?

The best tweets about NiP 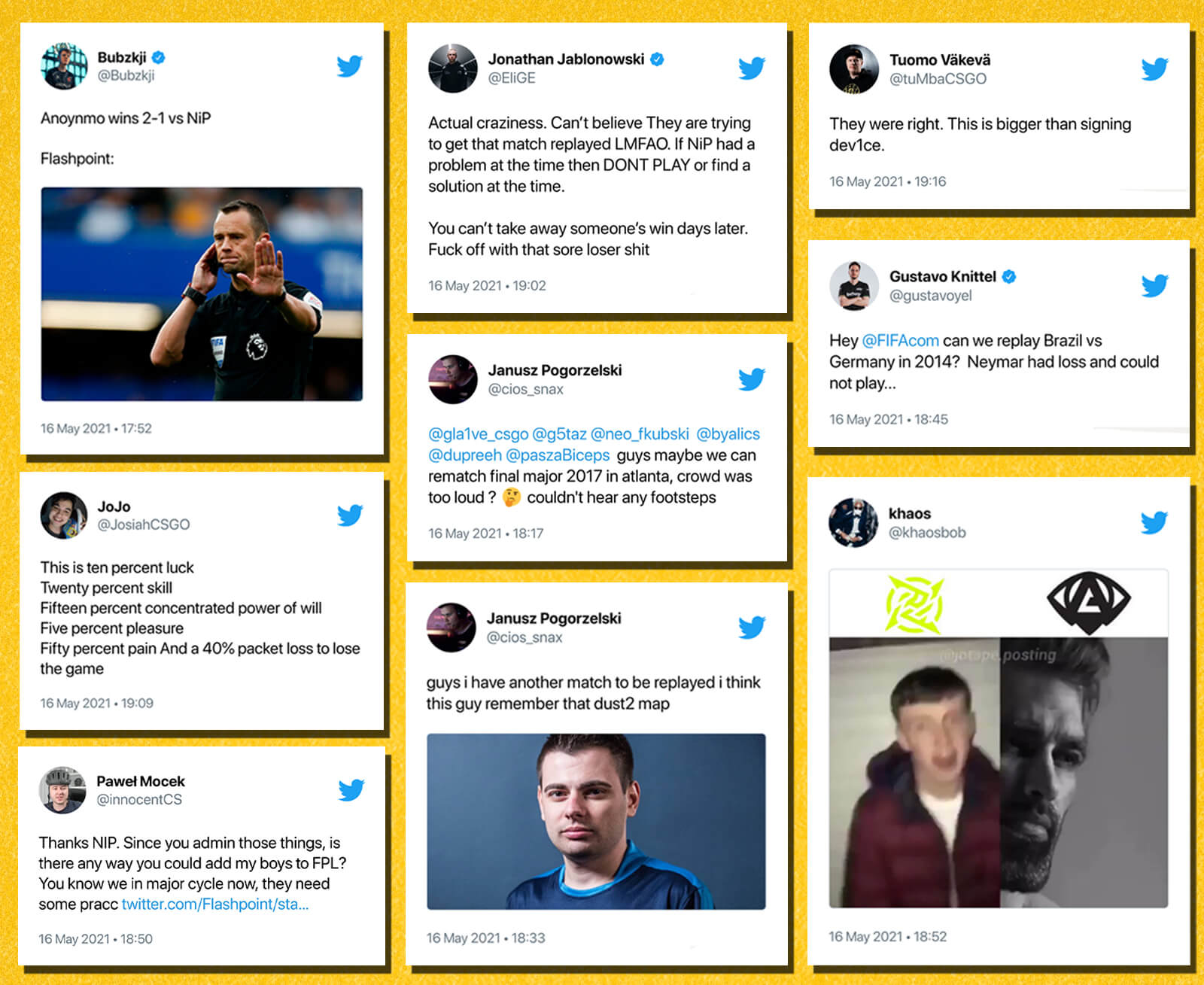 Anyway, there was some actual CS played that did count, and OG and FaZe won't be getting any rematch.

OG just can't stop being disappointing. Like weather at a barbecue, Vertigo in a best of three or a RyanAtRBM tweet - every time you think they might be okay, they let you down.

They went out 0-2 to Vitality, who have had their own problems, but they also have their own solution. You can guess who topfragged, and you'd be right.

rain, on the other hand, did not top frag. He went -30 against a team with Spiidi and denis, as FaZe bombed out by losing to Sprout. That's a hard yikes.

How is this team so bad? We're... not sure. There's no discernible reason they should be THIS bad.

Maybe you could ask tr4ktor in our discord, who is clearly a savant. He knows something we don't, for sure.

HYENAS lost their opening game, but didn't get chance to absolutely smash NiP because that game needs to be replayed. We don't want to talk about them losing. It's not entirely surprising that a team who haven't played any officials lost to FPX, but it hurts all the same.