NiP force us to (very briefly) mention League of Legends, there's news on what MSL has been up to and Counter-Strike is goddamn back, baby.

One small step for NiP

NiP merge (but not with a fifth player)

No, we didn't think so. But if you're an NiP fan you might have to pretend soon, or at least clarify that you're not, 'cause they've merged with 'Victory Five' and the LPL team will be rebranded under the Ninja's banner.

Guess that $1m on device was a drop in the ocean; that won't have been cheap. Which begs the question: why is LNZ still playing for your CSGO roster?

You spend that much money on a superstar, play him with some academy kids for a bit and then drop millions on a League of Legends team? There's a bunch of PR talk about how V5 will "help us get those stories out to the fans", but it seems they've had no issues telling tales to them in the past.

Alright, we'll stop the jokes. It's pretty good for esports as a whole and for NiP themselves, it's a massive move. Won't stop you getting roasted by fnatic, though.

And it won't get us to watch League of Legends.

A tale of three 'superteams'

An Englishman, a Brazilian, and an Estonian sit on a bench... 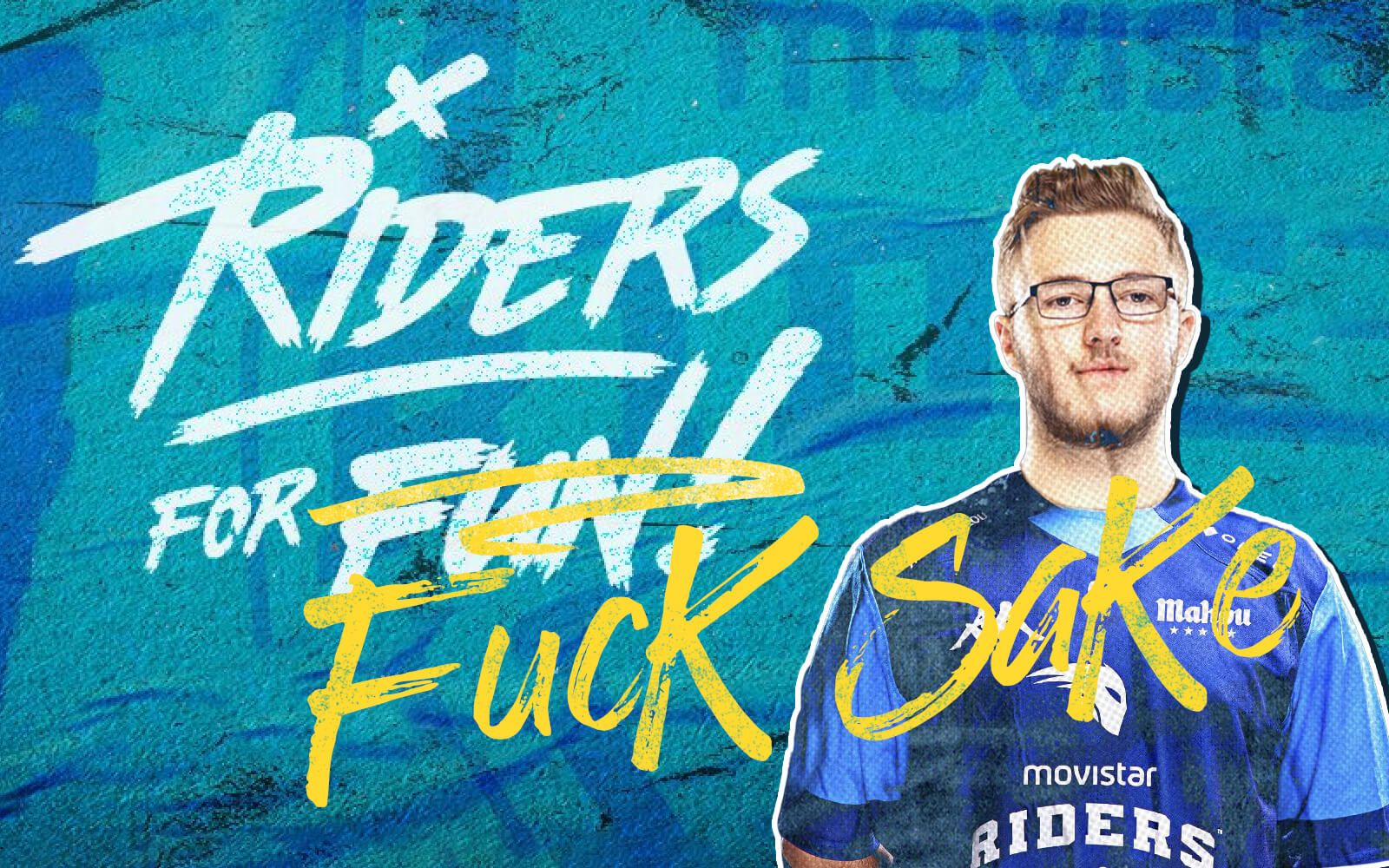 You know, we might have superpowers. All we did was write a story on how smooya might be back on the upswing soon - backed up by thorough research and indisputable facts - and before you can say "Nostradamus" he finds himself benched on Movistar.

So next time you play in the lottery, ask us for the winning numbers, and then don't use those.

To be fair, when we talked about him in our previous edition, we did say there were still major question marks to be put around his personality and mentality, both in and out of the game.

With his ratings being more than sufficient in the last few months, the only logical reason to remove him from the team has to come from something outside of his performance. See where we're going?

The team also put an end to their Estonian adventure and Brazilian endeavour, with shokz and steel joining smooya on the bench. Nice and cozy. Instead, Movistar Riders went back to their spanish roots and picked up SunPayus, dav1g, and Deathzz.

Silver lining to all of this is that our prediction could still ring true, smooya just has to be picked up by a big team now. Let's just say we'd rather not figure out the odds on that bet.

Pro League is back!

Ladies and gentlemen. Counter-Strike is back.

Kills. Headshots. NaVi running out of time. NA going out in the first round. SPUNJ getting wound up by random Twitch chatters or Twitter... tweeters. OG disappointing everyone. s1mple breaking records you didn't even know existed.

It's all back. Today.

Although, to be fair, Heroic vs Bad News Bears might be a bit of dry start. Unless you're a copium-inhaling American who actually thinks BNB might win, in which case you won't even be awake to see it.

At least after that we get to see ZywOo make ENCE look like a tier three American team. Well, probably. You see, the thing is that ENCE have actually been quite good recently; since hades and Spinx have rocked up in Finland, they've been a solid team.

Vitality have been dodgy for a little while, so there's a chance of an upset at least. Speaking of, the day ends with a wild one. Team Spirit and Astralis face off, in potentially the most unpredictable game ever.

This could easily be a 2-0 either way; we've got no idea who's playing for Astralis and even if we did, we've no idea if they'll be better than Spirit. But then, we don't even know if Spirit are any good anymore, and they don't either.

Spirit could be better than Astralis, and nobody on Earth would tell you if that meant they were a top quality team, and vice versa.

Should be fun, though.