Spirit fall at the final hurdle, we hear a sniff of where YEKINDAR might be going, fnatic start all over again and FaZe win the major.

NiKo too big for Aleksib, maybe 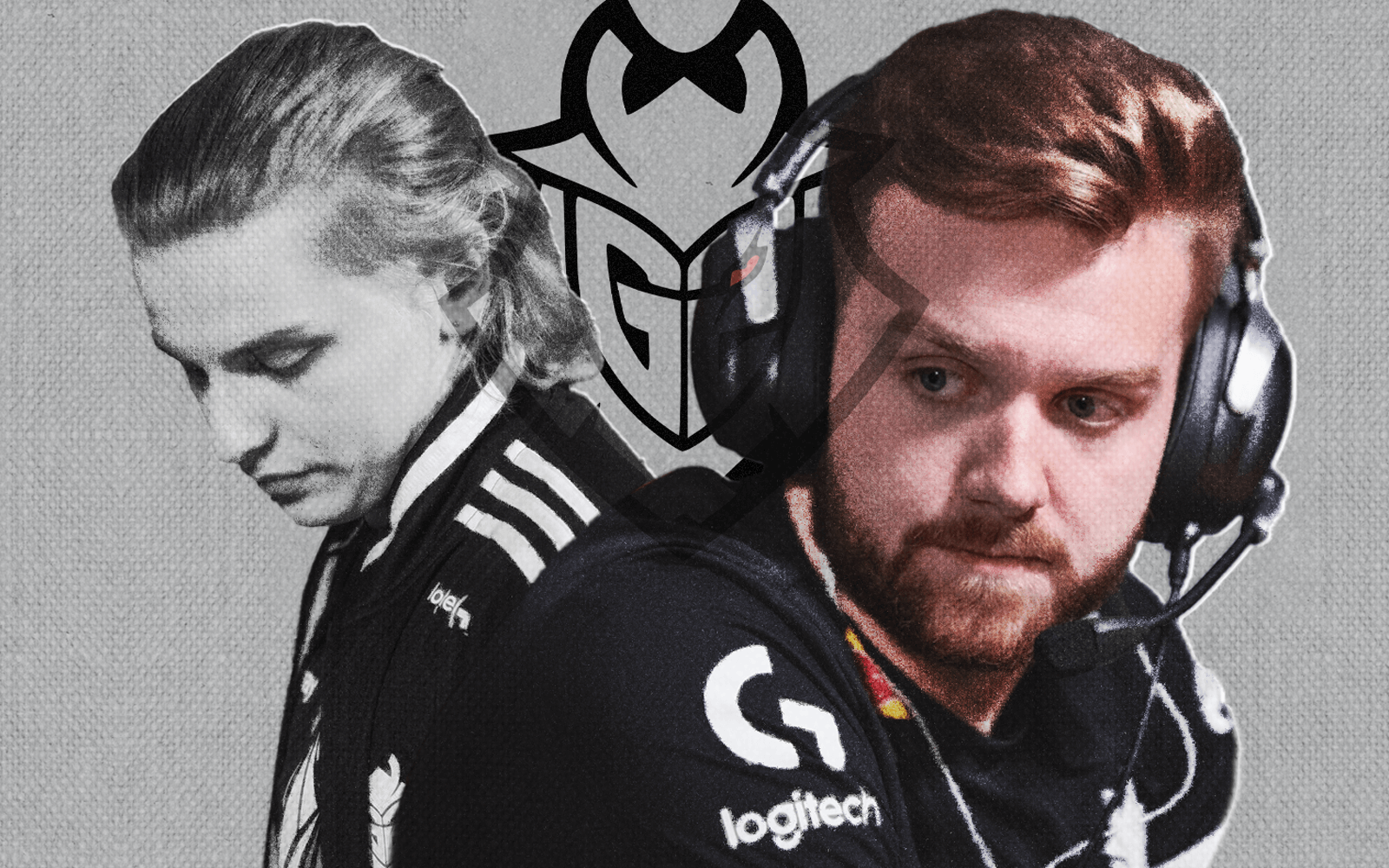 It’s been no secret that Outsiders have been splitting up; we mean for crying out loud, Qikert gave an interview before the Major talking about the CIS shuffle. Which probably implies there’s a bit more going on than just VP/Outsiders.

But YEKINDAR’s potential destination has been much more shrouded in mystery - until now.

OverDrive, who, if you’re unaware, is an extremely reliable journalist when it comes to CIS news, believes that G2, Team Liquid and OG are all keen on the idea of bringing in the loveable Latvian rogue.

OG, incidentally, would also like to add jks to their ranks. They’ve been on the HLTV forums, clearly. Every team should just pick up jks and YEKINDAR and everything will be okay.

For OG, he would obviously replace the outbound valde; for Liquid, it would be shox (as was revealed this past Thursday. It’s been a mad week, so you’ll have to forgive us for the narrative whiplash.

There’s been no leaks as to JACKZ leaving, no information on Aleksib and there’s no chance it’s any of the others. NiKo and huNter just signed new deals, and m0NESY cost ‘em $600k.

Like, surely, SURELY they’re not removing Aleksib to put NiKo back into the IGL role again?

Spirit went out with a beautiful bang

We left you right before the last two quarter-finals; so let’s pick up where we left off.

Spinx and hades joined forces to bring the hammer down on Copenhagen Flames in a very convincing victory - the games weren’t blowouts, but ENCE always felt in control.

We’d love to write a joke about that game, but it was so cookie-cutter we found it hard to remember. That, and all the Belgian beer.

A more memorable game was Natus Vincere vs Heroic; ‘cause it was a banger. s1mple started cold on map one and two, with Heroic looking clean and tidy on Inferno; but his old friend electronic cut the Danes to ribbons on Ancient.

NaVi picked up nine T rounds on Ancient. That’s how that game went.

s1mple came alive on Nuke, but even so, was overshadowed by a vintage shutdown performance from electronic. If this is electronic’s last dance on NaVi, it’s a bloody sexy one, like one of the Spanish ones they have on Strictly Come Dancing.

At least we got a new s1mple GIF out of the whole debacle. After cadiaN got blinded by a flashbang in an important clutch, s1mple decided to mock him on stage:

s1mple was back in nuclear form in the semi-final though, as he pulled a samurai sword out and dropkicked it down ENCE’s neck. Just the 58 kills in these two maps today, sir?

There’s not much else to say there - while FaZe vs Spirit was a mad game.

FaZe flew out of the blocks and looked like they might run away with it. However, Spirit held their nerve to bring FaZe to round 29 on Mirage where, in the most back-and-forth round we’ve seen in a long while, ropz won a clutch with less than a second left.

Dust 2, though, saw one of Spirit’s fabled CT side lockdowns, as they turned a 8-12 deficit into a 14-12 lead but let it slip into OT. And then double OT. And then triple OT…

This game was full of crazy rounds, but none more so than this dastardly takedown of FaZe from the lone ranger magixx.

Sadly, it wasn’t quite enough; Spirit dropped multiple map points to deny us the third map we all deserved. A ludicrous game, regardless and one that might be worth a rewatch or at the very least the highlights.

But first… FaZe vs NaVi in the Major final. Hell f*cking yeah. 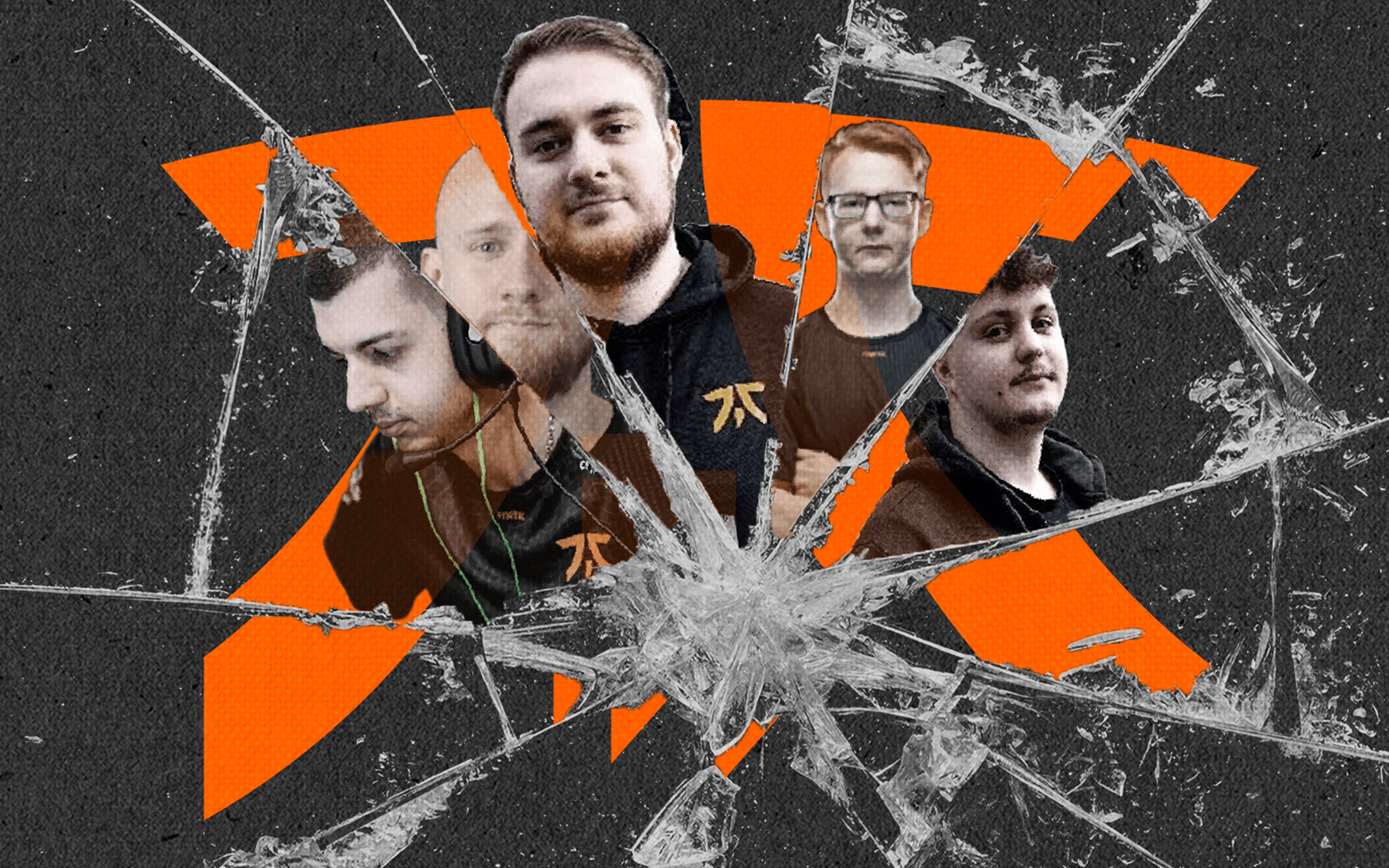 Fnatic have cut poizon, Peppzor, and ALEX, leaving them with just mezii and KRIMZ on the roster.

Before we get into the British org’s latest debacle, a quick recap:

August 2021. They sign mezii and ALEX before wasting two months with Jackinho. Then they sign smooya on trial and win a few online cups, before giving him a long term contract only to cut him one LAN later. Classic.

Then Brollan decides he didn’t want to speak English (or be in such a shit team). This left them with two academy players for a bit, before adding an AWPer on trial (poizon, who hadn’t played for months) and keeping Peppzor on.

And then they cut ALEX. Seems fair.

Well, just as fair as Cloud9 cutting him before his team even met in person.

Or as fair as a global pandemic halting travel for years just after he left Vitality because of burnout from travelling too much.

Like, the Colossus was hardly his fault: If they had had a bit more time, a squad with floppy, mezii, and Xeppaa would probably be the best NA team by now.

In comes Fnatic. Poor old ALEX has had 0 officials with a stable lineup. On our read at least, a team like MOUZ could do a lot worse than ALEX, despite his last 2 projects failing so catastrophically.

The other question is what becomes of Fnatic now?

Mezii and KRIMZ are solid pieces to build around, but who can they convince to join such a dumpster fire? MSL? Oskar? Nicoodoz has been rumoured but surely he’s out of reach, unless they just buy all of CPH Flames.

We’re all rooting for a legendary org staying in CS and being competitive, and with the Brollan money from NIP surely a few good players can be found — just look at moneyballers like ENCE.

But Jesus wept. If they are going to be successful then the management will want us to forget about the last 9 months. 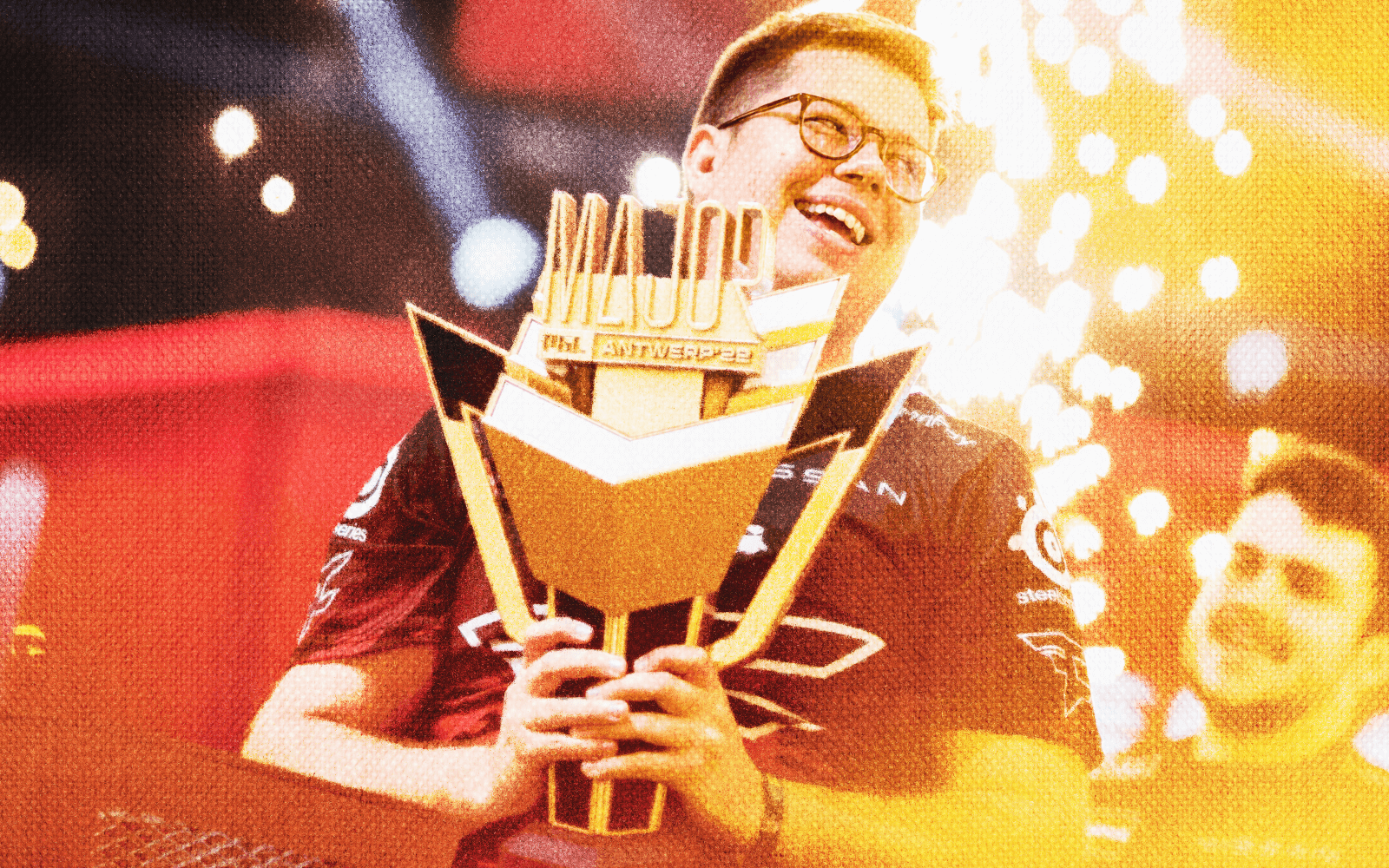 After six years in CSGO, FaZe and Rain have finally won a major.

It took six years and two major finals, but Rain finally got to feel the confetti rain down as they were crowned the victors of PGL Major Antwerp.

Judging by his tweet after the match, he’s pretty happy about it.

The win was also a long time coming for karrigan, who played in the very first CSGO major all the way back in 2013, when his teammate ropz was barely a teenager.

Despite heroics from Perfecto, who was one of two NaVi players that ended the series with a positive rating, it was not enough to keep NaVi in it.

FaZe survived an attempted comeback on Inferno – a frightening concept for anyone who remembers the Boston Major – and were dominant on Nuke despite NaVi’s attempts to stage another comeback.

Rain claimed MVP of the event, ending the finals with an incredibly high 1.49 rating and 107.9 average damage per round.

On the other side of the server, NaVi struggled. s1mple, who at this point is the undisputed best player of all time, could only muster up a .89 rating, while electroNic managed a barely-better .96.

It’s too early to tell if it will be the beginning of an era for FaZe or just a flash in the pan.

But regardless of what happens, those five players are Major Champions now and no future struggles will ever take that away.

Amazing turnout at our first ever meetup

😄 Fluffy fluff to fluff up your day