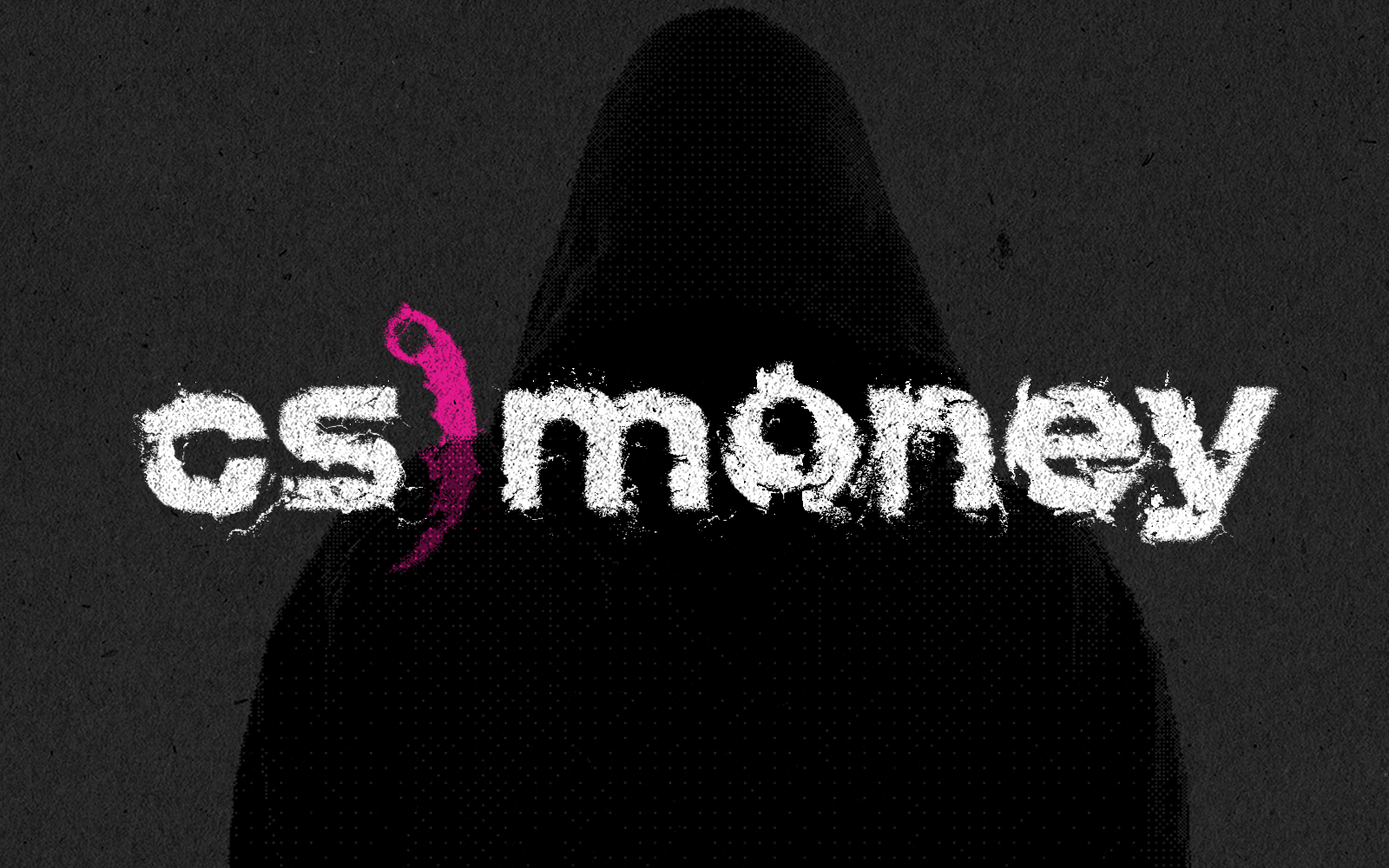 Who could’ve possibly foreseen that being in skins trading, with non-Steam related websites, could possibly be a bad idea?

In completely uncharted territory, buying and selling ownership of something on the internet turns out to be a good way to lose a fortune. See also: NFTs, Earth 2, almost every single cryptocurrency.

CSMONEY had a massive breach of their security - and when we say massive, we mean massive. According to some internet people the amounts stolen from CSMONEY equal to over $1.6m. That’s enough to buy device and pay his wages for a year.

Without playing him, of course.

Supposedly they sent a bunch of the skins to other massive inventories, for… some reason? Some suggest it was a distraction, while skin trader zipel think it was a ‘reverse Robin Hood’ situation.

Steal from the poor and give to the rich. The ‘La Liga’ principle.

Quite how they’re going to fix this is beyond us, and well beyond our pay grade. All we can do is retroactively point out that selling thousands of pounds worth of skins over a website that ends in .money might not be the smartest idea.

Though that’s not exactly useful information after it got hacked, in fairness.

In another money-goes-missing story, Australian org ORDER declared they’re up for sale yesterday; though initially it looked even bleaker.

Despite a $5m injection one year ago, ORDER have seemingly ran out of money. Now you might be wondering; why on earth did they spend money to sign a bunch of their old players from Renegades just to be about as good as they were before?

Don’t worry, we’ve got an answer for that. And we’re going to tell you what it is. Right now. Alright, one second.

Alright, we’ve got nothing. Maybe in future don’t just throw money at a mediocre team if you don’t have any?

G2 and Vitality begin the FaZe-hunt

NiKo takes control of G2. “Everything is fine,” says XTQZZZ

Remember when we said that NiKo got through IGLs quicker than we got through tubes of Pringles?

Well, it’s confirmed now: Aleksib is out of G2. Not that they, you know, announced it or anything.

Replacing JACKZ is jks, a move which half of CS:GO Twitter has spent arguing about already. “JKS is a lurker, JACKZ is an entry11”, they cry, forgetting that JACKZ has spent every round since NiKo joined holding angles in T-spawn. Nope, no discussion on this one: jks is a far better anchor than JACKZ — on T and CT.

Aleksib’s replacement, however, is a bit more interesting. After getting pied by tabseN (and presumably Snappi as well) G2 have picked up HooXi.

Yeah, the bloke from Copenhagen Flames that passes the 20-kill mark about as often as G2 win finals.

But, listen. It’s a team game. And XTQZZZ has already been on the PR offensive to HLTV, saying that G2 need a looser system than Aleksib provided.

HooXi, apparently, can provide this, as well as moving into the entry pack with huNter to ‘free’ NiKo to lurk just like the good old days (when G2 came 2nd, rather than 8th).

Speaking of NiKo, how will XTQZZZ get Counter-Strikes’ favourite scoreboard-checker and IGL smasher to respect a guy who has a 0.80 rating most events?

Nothing to fear, says XTQZZZ: “I've never seen NiKo looking to call the shots, nor have I seen him contradict the vision of his IGL…I have seen much worse [players for team chemistry than NiKo]”. Well, that’s settled then. All aboard team HooXi.

And we’re on board too. As long as we get to see NiKo’s webcam every time he has to spectate HooXi in a clutch.

Meanwhile, Vitality are also binning off their supportive players. misuutaa is off to Falcons, to be replaced by Spinx.

About three minutes later, apEX took to Twitter to boldly declare  that “now we have Spinx, we have perfect roles”.

Which, to be fair, seems true. apEX and dupreeh back entrying, magisk and Spinx on the wings. But that begs a question: What on earth was the point of all that misuutaa nonsense?

You could tell from the very first game he was less-suited to his roles than we’re suited to repeating our slander to players’ faces. Just wasn’t gonna happen, was it?

Oh, that reminds us. You know what else isn’t gonna happen? dev1ce returning to NIP, at least according to hampus, something practically confirmed by old devve not even being a sub on NIP’s EPL roster.

EU RMR Qualifier one is done 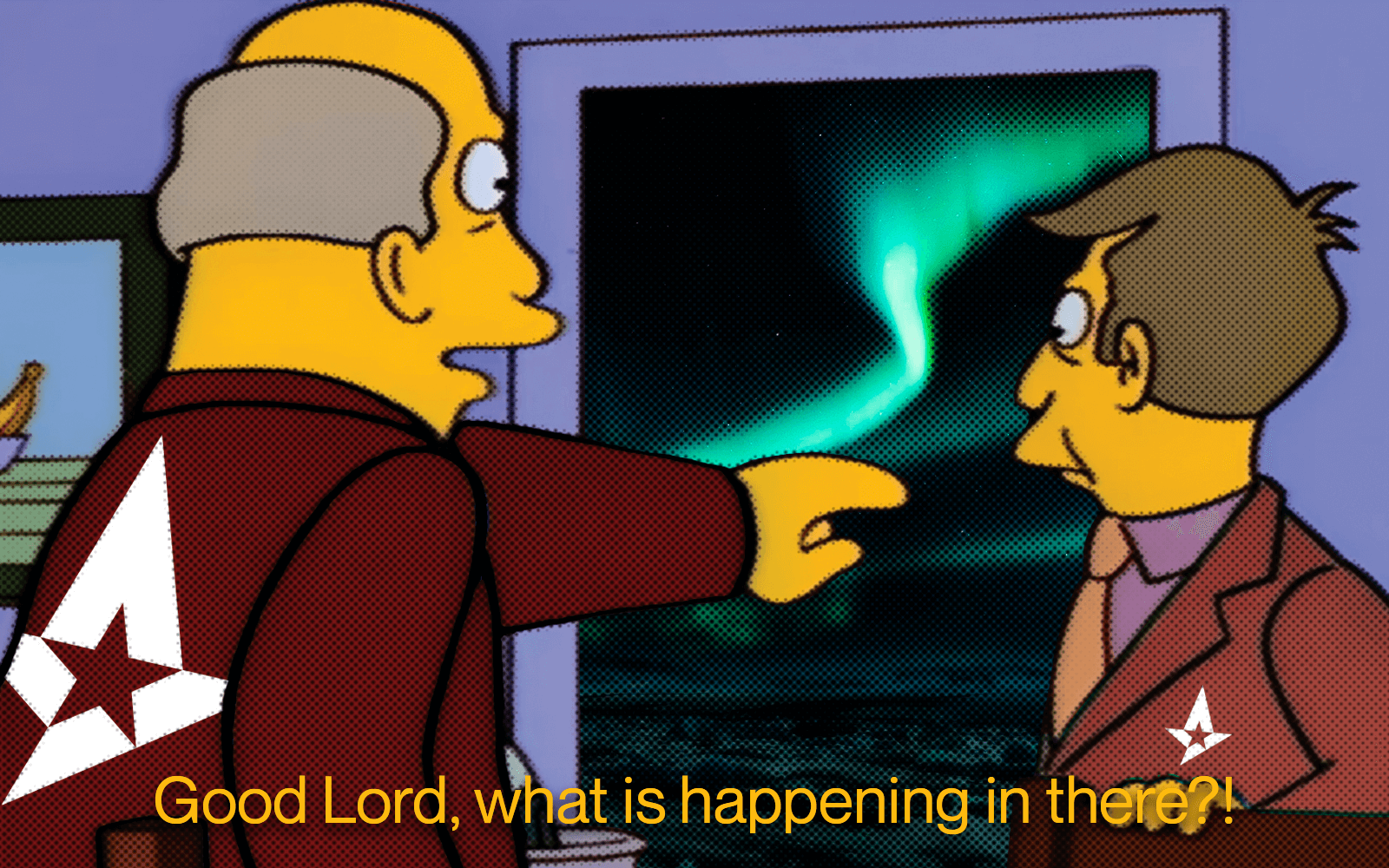 When the news was telling us that the Northern Lights were set to be visible this week, we were expecting Aurora Borealis, not Aurora beat Astralis.

Is that a reach? Maybe.

But Astralis bombed out of the RMR Qualifier to a team called Aurora, and we don’t get to talk about Astralis lo- alright, never mind, that is just a lie.

Loads of great teams have tried and failed to stop blameF baiting his en- erm, from going positive, but Aurora seem to have cracked the code. farlig’s woes are continuing, and Astralis’ decision to not make a roster move is looking a little strange.

They weren’t the only team embarrassed, though.

Both fnatic and Entropiq failed to make the top five with losses to Falcons and Sprout respectively; but both of those teams are looking a hell of a lot stronger since the changes.

Sprout especially; who went on to win the whole thing under the new tutelage of refrezh, while misutaaa looked a threat in his new position at Falcons.

OG avoided some embarrassment by sneaking into 5th and taking the last spot at the European RMR, while Eternal Fire, AGO, Copenhagen Flames and Endpoint all will have to join Astralis and co. in the next few qualifiers.

MOUZ, and Astralis-slayers Aurora, took up the other two spots, and avoid our ire, more importantly.

Astralis couldn’t, could they?

Tier 1 CS:GO is back! Finally! It’s been about a million years, but it’s back!

Okay, so it’s only actually been a month since IEM Cologne, but in 2022 time that’s either a decade or about 10 minutes.

This week will see the beginning of the Blast Premier Fall Groups, where we’ll finally get to see the results of the player break and subsequent roster decisions (or Astralis’ lack thereof).

FaZe might have a pretty easy shot  through group C. They’re opening with a series against almost 1/4 of EG’s players, including the newly promoted HexT and neaLaN.

A win against FaZe might at least get them out of 217th place in the HLTV rankings.

In Group A, Vitality might have a chance to try and show that they’ve learned something over this break. Their group has Astralis, who just failed to make the RMR, OG, with a still relatively new lineup, and NIP as…NIP.

All in all, anything other than a won group is probably a loss for ZywOo and co, especially as they formally signed Spinx this week.

Group B, at the time of writing this, is the most open simply because of the s1mple situation. Neither he nor Navi have, at the time of this writing, clarified if he will or will not be playing and while headtr1ck has shown that he’s not bad, he’s not s1mple.

On the other hand with or without their superstar, I’d expect a NaVi win in group B. hallzerk might be a good addition to Complexity, but 3 weeks isn’t going to be enough time for him to turn that team around.

Keeping YEKINDAR for now gives Liquid a shot, too, though it sometimes feels more like they’re auditioning for him than he is for them. G2’s newest duo of jks and HooXi have had even less time to get their feet under them.

An era is over