Sprout have finally found the roster that works for them and the Eagles are flying south for winter.

The dance that never stops 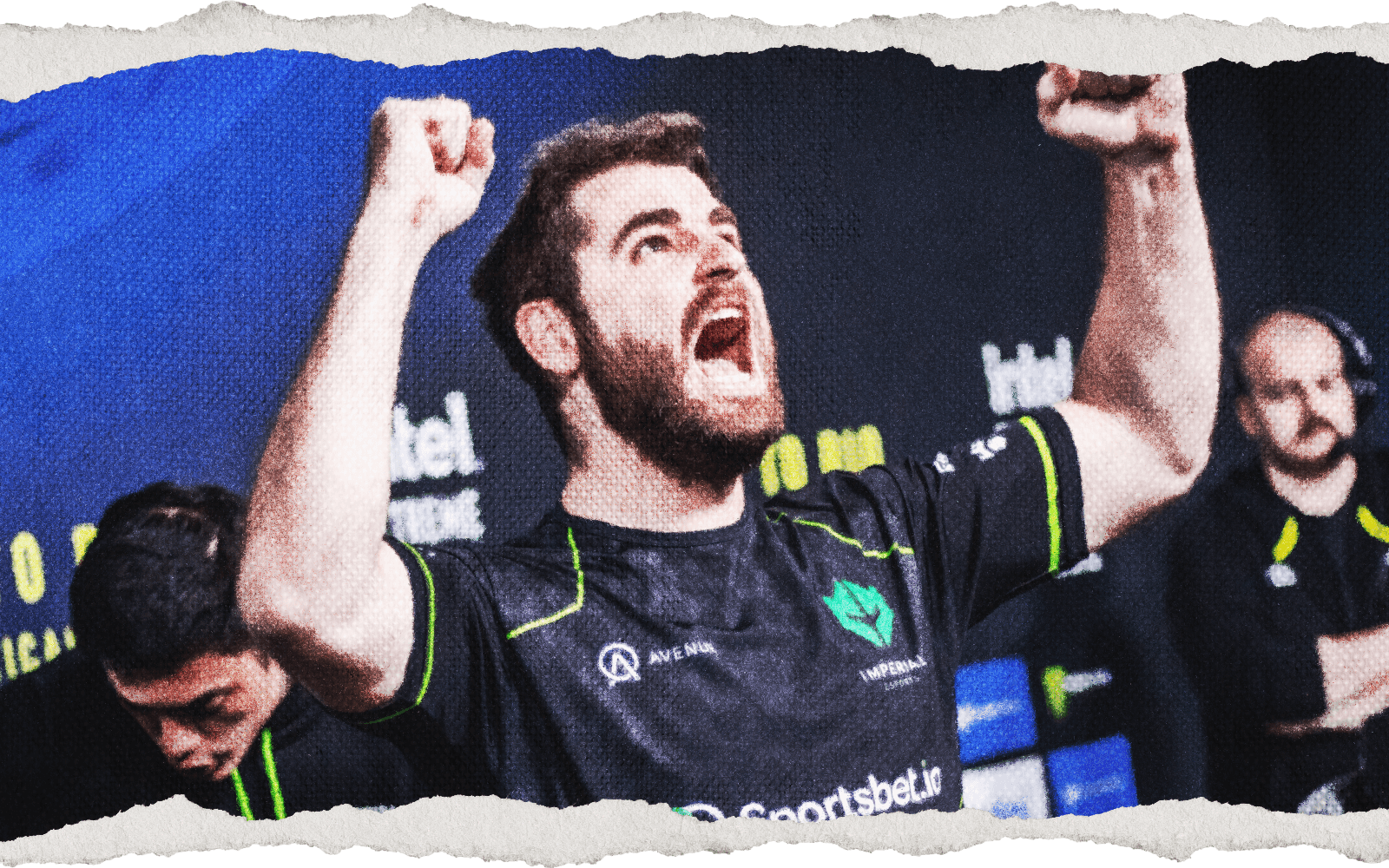 A Major in Rio wouldn’t be complete without FalleN and fer - and the narrative made it so.

Guided by some of the craziest plot armour known to man, FalleN and co pulled off a miraculous run from 1-2, winning four series’ in a row.

Complexity were last to fall, ending what was a dour 2022 for them, but they put on a hell of a show.

Imperial teased us; needing five match points to get the job done; but nothing could stop the fairytale.

When FalleN hits a collateral at 14-14, you must know what’s coming.

They’ll be joined by FURIA, 9z, and Evil Geniuses in the Challengers’ Stage, with Liquid taking the sole title of Legends.

FURIA were expecting to glide through, but a close loss to EG slowed them down a little - but no disaster for them. Evil Geniuses rolled back to a year or two ago, as Vorborg appears to have actually fixed them in record time.

CeRq is hitting shots, autimatic is in god mode, and Brehze looks the part again. Not quite top-tier again yet, but much better. EG found themselves 3-0 and pushed Liquid to two OTs in the Legends’ game.

We’re impressed, EG. Not a sentence we’ve written non-sarcastically since about 2019.

The big surprise was 9z - again. They shocked everyone last time around, but this time without try we were even less enthralled by them.

Boy were we wrong. They smacked ATK and toppled the two old guys’ clubs to worm their way into the Major.

With only six spots available, that meant no spot for MIBR - who were incredibly lackluster and deservedly fell 1-3, in perhaps the most surprising omission.

Unless you count Complexity, but nothing surprises us with them anymore. 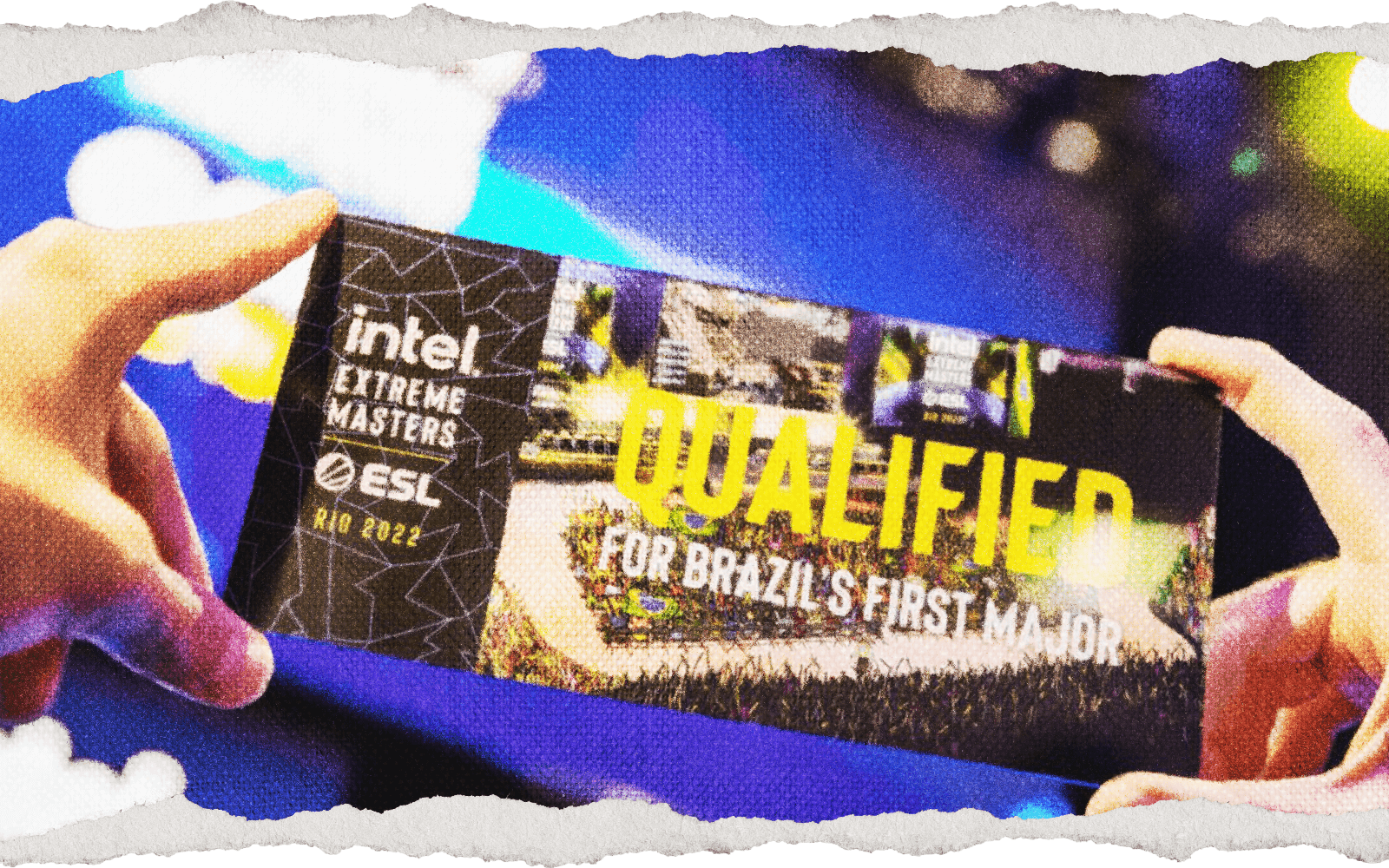 When people tell you that it’s impossible to teach an old dog new tricks, we’d like to quietly point out that NBK has led a dozen different players to the top of CS in the last 10+ years.

The hitherto French kingmaker hasn’t found international success lately, but with Falcons he has built the best full French lineup by picking up players that didn’t make it in T1. Even better: he’s molded them into a force to be reckoned with, getting within one game of qualifying for Rio.

And that’s the end. They couldn’t have been smashed harder than Outsiders did on Dust2 and Inferno, where the French team got a combined 12 rounds. JAME and co. took the ticket to Rio, while Falcons, well.. at least they’re the best French team that isn’t Vitality.

It’s probably for the better unless you’d have wanted to look at this filthy thing for the next month.

Elsewhere BIG fumbled their way to a Major ticket, despite doing almost everything in their power to lose the match against K23. Had it not been for a syrsoN masterclass on Dust2, it’d have been five Russians and not five Germans punching the ticket.

In general, it was a really bad day to be a Russian. Which you could argue, it probably is anyway these days. But yesterday was definitely brutal as both 1WIN and forZe lost 2-2 games against FNATIC and Bad News Eagles to get denied the chance for an overseas journey to Brazil.

MOUZ and GamerLegion also punched tickets to the Major over the weekend. Mousesports beat Sangal in a tight thriller, while GamerLegion rid themselves of B8 in two quick maps.

Whereas the expectation was for MOUZ to qualify, GamerLegion weren’t high on anyone’s list of qualifiers.

But spearheaded by a red-hot acoR, GamerLegion have looked like one of the most interesting sides all event. Their only losses were against FaZe in quadruple overtime and Spirit in double overtime, while they managed to beat G2 2-1 in their 1-2 game. 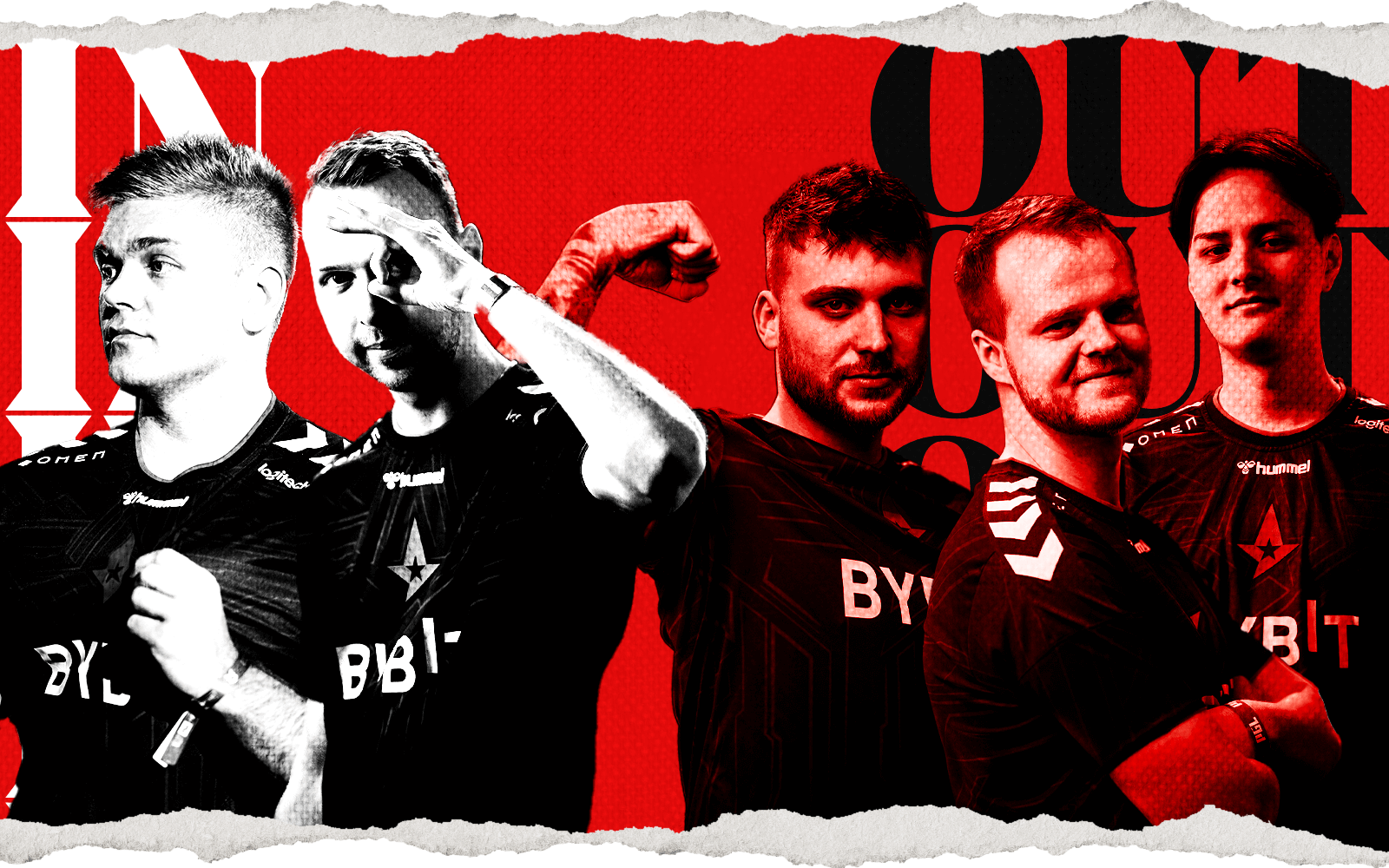 The EU RMR has come to a close, and teams now know their fate.

The weaker teams like SAW, ECSTATIC, and G2 have booked their flights home. Whilst the top dogs like FaZe, NAVI, and, Sprout are on their way to Brazil.

But the 2-2 teams hadn’t even had a chance to play yet before roster-mania began.

Eternal Fire went 1-3 in the RMR and had just been knocked out when it got announced that they were parting ways with IGL MAJ3R. He'll be replaced by xfl0ud, who by all accounts isn't an IGL.

Who knows… maybe they’ll go the way of Turkish pug teams and only play D2. It always works against us on Faceit, so why not tier 1?

Another team who’s partaking in roster-mania (at least we think) is the aforementioned Astralis. And rightfully so: they were nothing short of awful this RMR. Exemplified by the fact this is the first major Xyp9x isn’t attending. So, what can Astralis do?

Well, we’ve already talked about Dev1ce’s return to the disgraced Danes plenty enough. So let's take a look at the rest of the team:

So, who will the remaining two players be? Could they poach the young Danes from Sprout? Or will Astralis go international?

International teams do seem to be the flavour of the month. FNATIC, MOUZ, ENCE, and, of course, G2 have all had some form of success with the switch to international rosters. Speaking of which.

Oh G2… It would be tragic if it wasn’t so damn funny.

It looked like they were gonna get back to winning ways when they beat GamerLegion 16:3 on Vertigo. But then they turn around and get smacked 16:4 back.

Credit where it’s due: m0NESY looked damn good, and we wouldn’t expect anything else. Just like you wouldn’t expect NiKo to “just” average a 1.07 rating over the event. (which includes a 16-0 victory)

And on top of that: it looks like huNter’s cousin hasn’t taken the result well mentally. It probably doesn’t help morale that there are doubts cast over HooXi mere months into his tenure with G2. This seems harsh but to play devil's advocate, both Nexa AND AleksiB made it to the major with their new teams. Maybe NiKo is the problem after all

To finish this off, we would like to congratulate Bad News Eagles, not just for making it to the major. But also for carrying on FlipSid3’s legacy of doing basically nothing all year and still qualifying for the biggest event. Long may it continue.

Mirage in the palm of your hands

❤️🪖 Love for the game